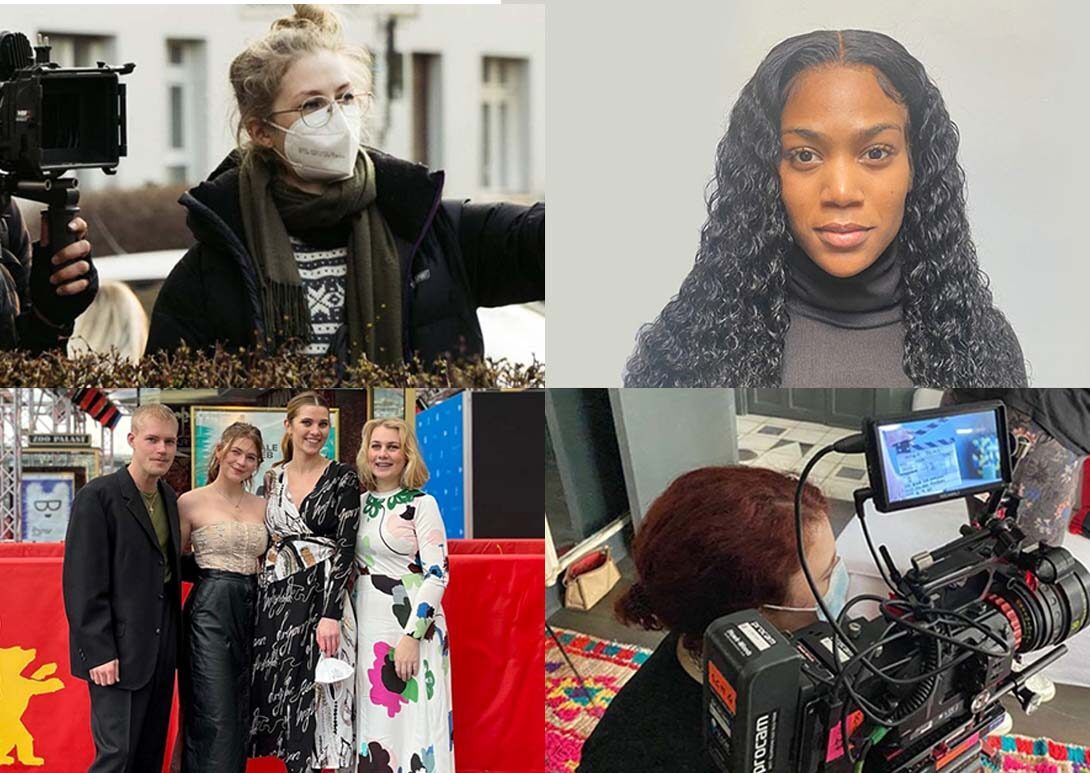 Today is International Women’s Day, and we’re already feeling inspired by everything we’ve seen women in the industry achieve this year – from Jane Campion becoming the first woman to receive two Best Director nominations at the Oscars, to the headline awards at Berlinale being ‘dominated by women‘.

Beyond trophies and awards, we’re also extremely excited to see women thriving throughout the industry. A couple of projects we’re particularly excited to see include Mimi Cave’s recently released Fresh (starring MetFilm School Masterclass speaker Daisy Edgar-Jones), Quinn Shephard’s Not Okay, and while she’s only directing one episode of the series, we can’t wait to see what magic Isabel Sandoval works on Under the Banner of Heaven.

This year, we’ve collected some of the achievements of women in the industry, many of which involve MetFilm School students, alumni and tutors. Read on to feel inspired this International Women’s Day!

GRRL HAUS CINEMA is an ongoing programme in Berlin of short films and video art made by women, non-binary, trans, and genderqueer artists. The aim of this collective is to share and celebrate work that doesn’t typically get included in film festivals.

Since 2014, they have continued to grow, with projects now ranging from monthly screenings (designed for local filmmakers in Berlin), to holding 3-4 ‘Mobile Kino Berlin’ screenings each year. With submissions currently open for their Spring and Summer 2022 Season, now’s your chance to get involved with GRRL HAUS!

A couple of years ago, we interviewed MA Cinematography graduate Francesca Zerenghi to talk about the magazine she had founded, Cinegirl. The magazine, which is female-focused, has been growing ever since, with features on topics such as ‘How the internet has shaped the way films get made‘, to interviews such as their Winter 2021 piece with Winnie Imara, founder of 7blackwomen.

When we spoke to Francesca in 2018, she said that her mission was ‘to provide a safe platform where women can be heard’. With over four thousand Instagram followers, and a Cinegirl Club which hosts regular events, we think she’s achieved her mission (and then some)!

The Women Film Sound Network is a German-based network of women working in the film industry, specifically as sound professionals. With the organisation including a number of MetFilm School Berlin tutors, they aim to change the fact that only 4% of film sound professionals are women.

A freelance, independent film collective based in Berlin, Generation Tochter was created to improve accessibility and to rethink the hierarchical structure holding back women and filmmakers in the industry. Last year, we spoke to MetFilm Berlin Eight-Week Documentary Filmmaking student, Marielle Samstad, who directed the collective’s feature film.

Their latest project follows a young girl, Clara, who has been living underground for years, and suddenly finds herself afforded new freedom. When she meets Aleyna at a club, the pair join forces against a seemingly hopeless situation.

The MetFilm School Voices that Matter Scholarship exists to help students who, without financial assistance, would be unable to study at MetFilm School. One of these scholarships is the Women in the Screen Industries, which is supported by the MTV Staying Alive Foundation. You can meet the 2020 recipient of this scholarship, Hyunju Lee, in this blog post!

Applications are still open for 2022 entry to both our Voices that Matter Scholarships: Women in the Screen Industries, and our Dan Demissie Scholarship, which was set up in memory of MetFilm School graduate Dan Demissie, and is awarded to a Black student of talent each year. Learn more about what is needed to apply for these scholarships.

In the lead-up to International Women’s Day, we also made sure to highlight women in the industry through our Masterclasses. At the start of February, we were joined by the CineSisters for an amazing panel for students looking to get into directing.

Since then, we’ve hosted sessions with Poppy Dixon (Director of Documentary and Factual Commissioning at Sky), Rubikha Shah (Director of White Riot, an award-winning feature documentary on the Rock Against Racism movement), and Sahar Zand (an award-winning journalist, presenter and documentary maker). Tomorrow’s blog will revisit our masterclass with Sahar to share what we learnt, so be sure to check it out then!

We regularly publish student and alumni stories on our blog to share how our students are creating, inspiring and thriving all year round. For International Women’s Day, here are eight success stories, interviews, and profiles we think you should read: