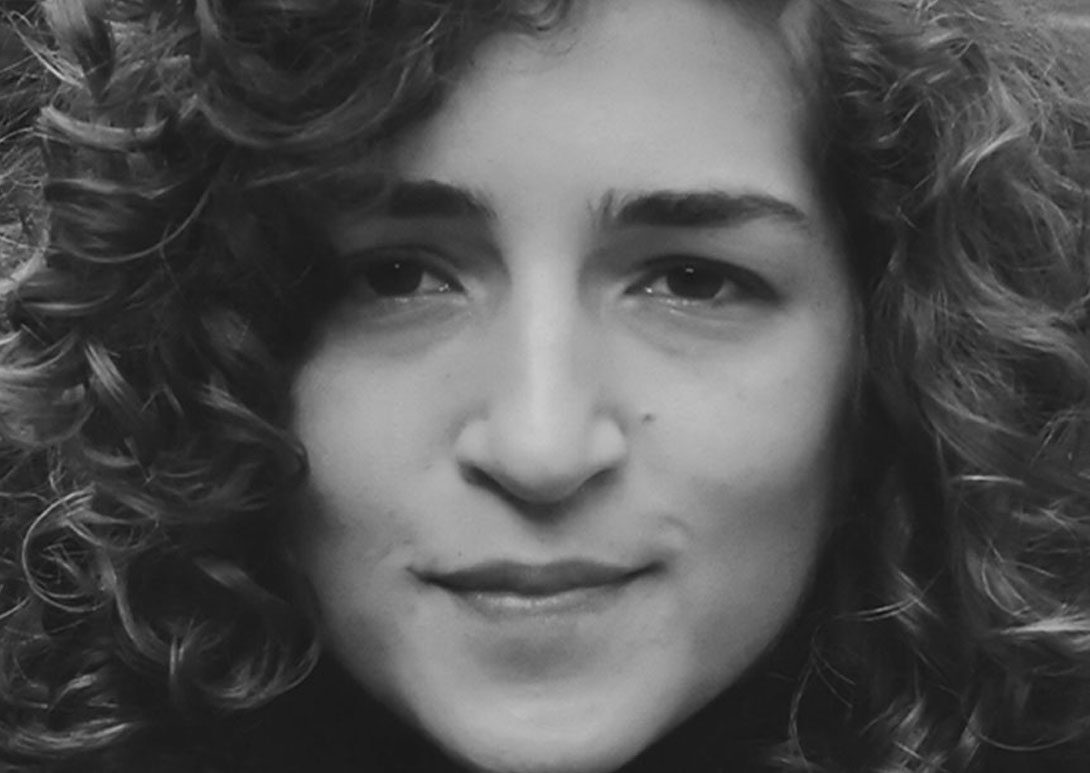 MetFilm School was excited to return to Vue Westfield cinema this month for our Celebration Screenings of degree students’ final projects. The pandemic pushed the event further back in the calendar than usual, but the silver lining was that we were showing an array of graduation films that have already been impressing on the festival circuit. One of which is Turkish filmmaker and MA Directing alumni Deniz Bensusan’s atmospheric short, Bluebird Society.

Since completing the course, Deniz’s film has picked up prizes at the London Independent Film Awards and Paris Film Festival, and was shown at the 2021 Cannes Short Film Corner, which recognizes emerging talents within the industry. Bluebird Society is about a mysterious community whose inhabitants are randomly selected for sacrifice to maintain happiness and peace. But when Efil (Buket Gulbeyaz) is chosen, she wrestles with the decision to either leave or sacrifice herself for the greater good.

Following the film’s UK premiere at the Cambridge Film Festival on Saturday 19 Nov, we caught up with Deniz Bensusan to discuss making the film and her time studying in the UK…

Bluebird Society packs some big philosophical ideas into its short runtime. How would you introduce the film?

The film mainly discusses free will and common misconceptions about happiness and sorrow. As far as I observe, many people see them as two opposite concepts. However, I believe that it’s an interbedded situation where you can’t separate one from the other.

I had a lot of help from my favorite thinkers, philosophers and artists, as well as my ongoing passion for mythology when developing this film. Plato’s allegory of the cave, Raffaello Sanzio’s School of Athens painting, Dostoyevski, and the mythology behind the bluebird are all serving this film on the same line. 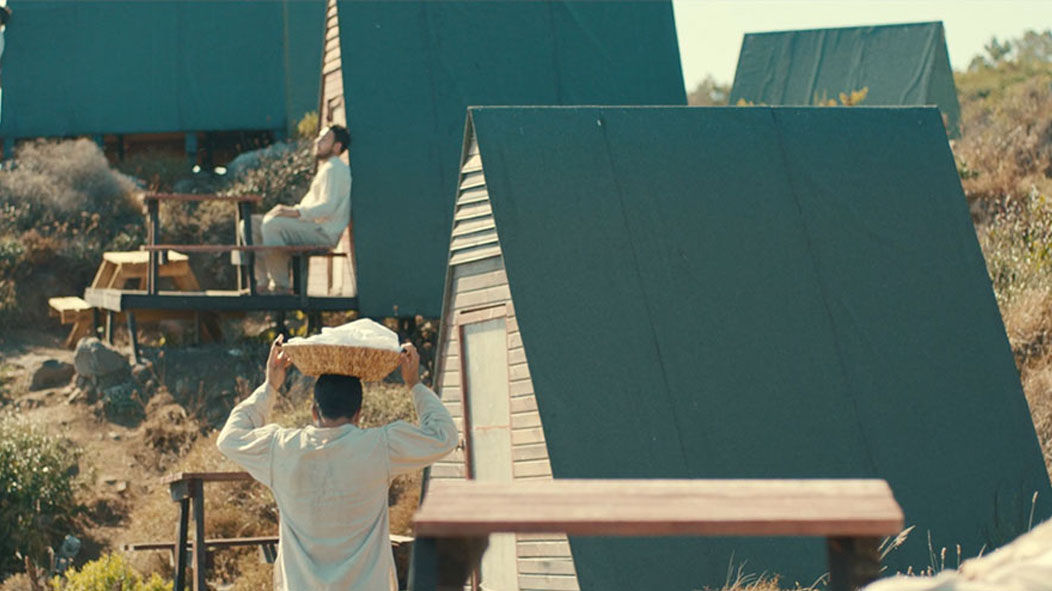 The production design for the film is very impactful. What can you tell us about the worldbuilding process?

Thank you. We didn’t have a huge budget actually, but I’m glad many people think so. We searched for the right location for the film for a really long time; it worked so well in the end and we made some good friends during our journey. The area you see at the beginning of the film (above) is the only private property and we somehow convinced them to accept only a small payment.

Later in the film, there’s a scene in a cave where we needed a small pool which was also created in a cheap way, with our bare hands. The location of the cave was at a high spot so we had to carry water from the beach for a really long time. We poured milk in the water, added some special lights, and made it look really magical. I think the secret is, if you don’t have enough budget, sometimes you have to support every crew member. But you also have to know the fine line between not becoming every crew member.

What do you recall about the writing of Bluebird Society? Did the script change a lot over time?

Because I used so many thinkers, artists and mythologies from different eras and geographies, it was really challenging to put all these things on the same storyline in a way that actually works. With a short film, unfortunately you don’t have the luxury to go deep into every detail. So it was about choices and sticking to the main purpose. A real torture! It took me four months to finish. I’m also not one of those people who can sit at a table for ten hours a day and passionately write their script. So I took very long walks, washed a lot of dishes, listened to music etc. I wrote the script in my head and then put it on paper as quickly as I could.

It’s also challenging to create a world that doesn’t exist. You have to think about every detail that you don’t show to ensure it makes sense. Even magical worlds have to make sense sometimes. I believe that’s what Harry Potter does best. For example, you never question the moving stairs, but the story makes sense to you as a whole. 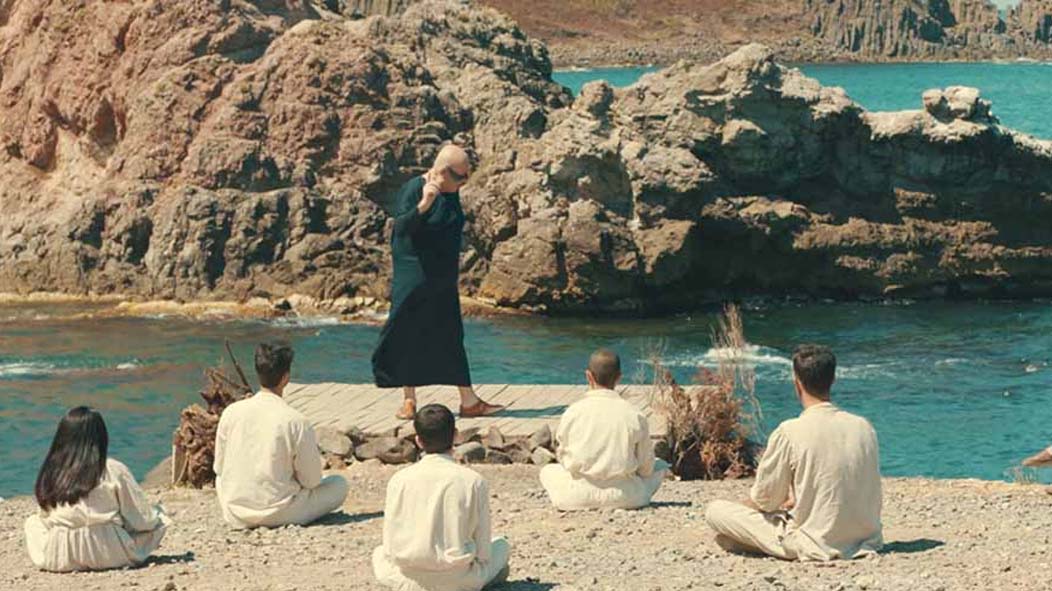 Going back to 2019, what motivated you to pursue a Master’s in Directing, and what did you enjoy about studying in the UK?

I visited London for the first time when I was 16 years old. I remember being astonished and wanting to live here one day –  or at least study. The kindness of people and their way of working felt so right to me. And then life made me encounter MetFilm School. I’m really happy about it. Studying in the UK was a challenge at first, but it gave me a different perspective. Production crews can often be unhappy in my home country due to bad working conditions. But when I brought back a similar order to what I learned in the UK, it created a better environment for everyone and they felt really valued and more devoted to their work.

What advice would you give to other students developing their first short films?

I think the main issue I see is that people want to be a specific director they adore. Try to overcome that feeling if you want to create something that belongs to you. Recognise your worth and you will eventually have the courage to find your own style. I keep working on myself to make films. Because that way you will know how to forget about yourself and focus on others, get to know them, and write about them in a subjective way. When that happens, things like budget become the least important thing. You find the strength to overcome every issue.

Finally, what type of projects are you hoping to explore in 2022?

I am currently writing within a different genre and it’s supposed to be a feature film. I am also directing music videos and commercials to make a living. I’m hoping to get better at those along the way.

From Autumn 2022, MA Directing will be one of three postgraduate courses offered at our new campus in Leeds.