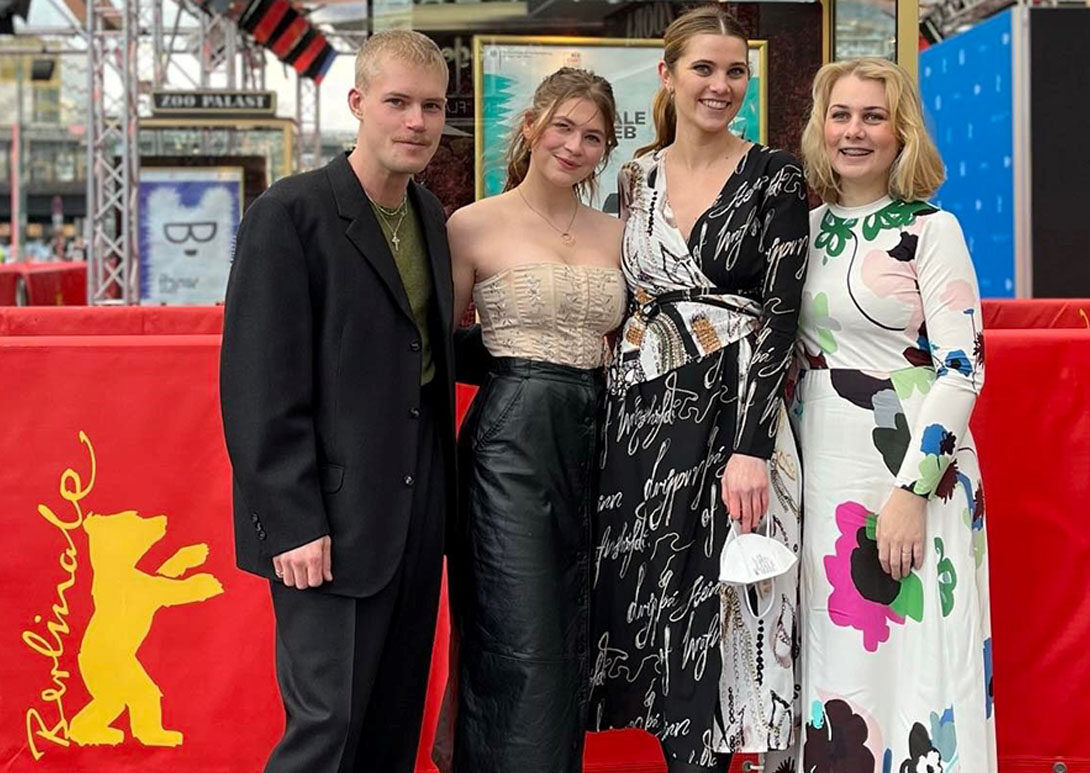 The Berlinale film festival has rolled up the red carpet for another year, and for the cast and crew of Beautiful Beings, it couldn’t have gone any better. This is especially the case for Elín Ramette, a MetFilm School London BA Practical Filmmaking student who worked as a Production Assistant on this coming-of-age drama – making this her first professional film credit.

Directed by Guðmundur Arnar Guðmundsson, Beautiful Beings had its world premiere at the Berlinale, and ended up winning the Europa Cinemas Label prize as ‘Best European Film’ in the Panorama section.

Now that the buzz of attending Berlinale has begun to calm down, we had the pleasure of speaking to Elín all about her experience on-set, and how she feels her time at MetFilm School prepared her for the journey…

What is Beautiful Beings about?

Guðmundur Arnar Guðmundsson’s Beautiful Beings is a fictional movie dedicated to his past. It follows a group of teenage boys in 2000s Reykjavik, during which we follow their delinquent acts through their innocent eyes. The movie’s many-layered story explores the destructive side of their friendship, family, and masculinity, to depict the intensity and harshness of growing up in an inadequate city.

What was it like working on the film – can you share any lessons you learned during the process?

Beautiful Beings is the first professional film I’ve ever worked on. I had the chance to join early in the production, when only the Producer (Anton Máni Svansson) Associate Producer (Sunna Guðnadóttir) and Director (Guðmundur Arnar Guðmundsson) were in the office with me. It gave me the feeling of not only being a Production Assistant, but a team member who had a voice.

The film was intense to make: we had approximately 40 locations, 46 shooting days, sometimes 2-4 location moves a day. Not only that, but some crew members had to depart, and we filmed during Covid. It’s like Anton Máni told me, ‘During the shoot of a feature film, there is always a birthday, someone getting married or pregnant, and a person who passes away.’ Unfortunately, that was the case.

I think what made me continue was that I knew Guðmundur had the talent to create a film I would be proud to have participated in. I was also working with wonderful people who made me want to wake up at 6am, especially Ísar Svan, Lára Kettler, Pelle Jerkers, Luisa Buonfino and the four main actors, aged 13-15 back then, who became my little brothers.

What learnings have you taken from MetFilm School into the industry?

Film school is worth it if you have the discipline and a strong will to fail and grow. The main lessons I learned at MetFilm School are that the most important part of the film is the script and pre-development, to build a trustworthy and sustainable team, and not to take on more than you can handle.

Some students were highly productive during their time at MetFilm School, which is a wonderful thing. But I’ve realised that I want to devote my time to a few projects. Patience and commitment are what drive me to build strong storytelling that is heartfelt, genuine, and in line with my values.

Your degree covers a wide variety of filmmaking skills – did you have a favourite area to study?

I don’t think I could ever get enough of screenwriting! During the shooting of Beautiful Beings, I had the chance to have private classes with tutor Fran Poletti, and being constantly pushed to improve a story made me develop my screenwriting skills very fast.

However, the class that surprised me the most was Production with Ross Clark. It will probably be the most vivid memory of my time at MetFilm School. Not only was it a safe learning space, but it gave me back the desire to make film just as I was starting to doubt my career path. There was a strong emphasis on the business side of the fast-changing film industry, but the tutor also gave me the passion to keep reading scripts and watching films – and don’t even get me started about all the foreign words I can now understand (waterfalls, pre-sale agreements, post-deal…).

You worked on Beautiful Beings as a Green PA – Do you have any tips for sustainable filmmaking?

Beautiful Beings was actually one of the first Icelandic productions to have a Green PA! We got funded by the Icelandic Centre for Research to investigate how to implement more eco-friendly practices in the Icelandic film industry.

Most of the tips I could give you are on MetFilm School’s own Green Checklist Risk Assessment, which I used on set. What I can add though, is that for Green Filmmaking to work, the two ‘parents’ of the film, the producer and the director, must be on board. Once production begins, green notes are often forgotten – one of the main solutions to this is money. There needs to be specific funding for eco-friendly filmmaking which will allow productions the time and space that it so often requires.

What new projects of your own have you got coming up?

I’m finishing my first short film, Manure, in the next few weeks, and an unfinished cut will be screened at our Celebration Screening of graduation projects! It’s an absurd experimental story that explores the fine line between the primitive and civilised sides of humankind. It was filmed mostly in Iceland and Paris, and I’m trying to get as much of a diverse crew as possible.

Besides that, I’ll be working on a psychological thriller filmed in Reykjavik this Autumn, and in between those two projects, I’ll take on some freelance work, brainstorm, and write new stories until my wrists get sore!

This year’s Berlinale paid homage to Isabelle Huppert – if you could dedicate the festival to a filmmaker of your choice, who would it be?

Miyazaki’s Studio Ghibli films have influenced careers, projects, dreams, and visions. I think it’s time to appreciate animation as an art, especially from one of the few male directors (not only in animation but in the whole industry) who does not portray women through the male gaze, but instead gives them strong, well-rounded, and admirable characters.