Powerful, Practical Filmmaking in ‘The Power of the Dog’ 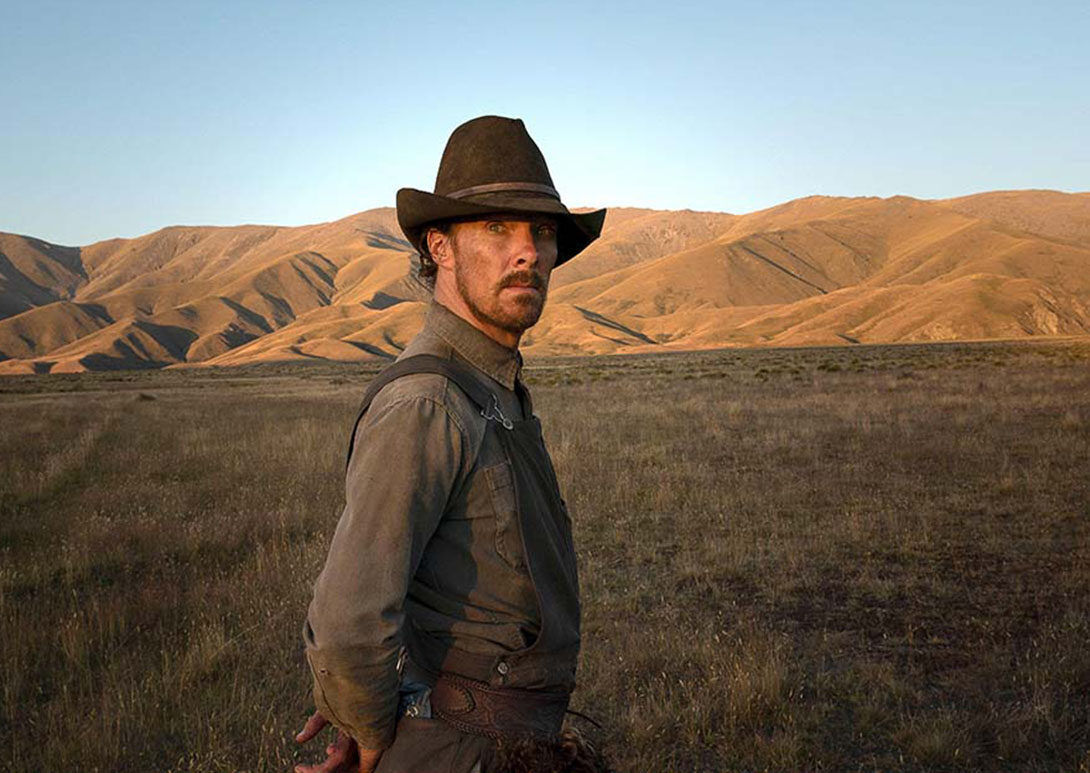 The Power of the Dog is perhaps the most talked about film of the 2022 awards season. The film won two BAFTAs last weekend (Best Picture, and Best Director), and is nominated for twelve Oscars at this month’s ceremony.

Jane Campion has already made Oscar history as the first woman to be nominated for Best Picture twice (the first for The Piano back in 1993), and even more incredibly, she has accomplished all of this with her first film in 13 years. Every aspect of The Power of the Dog is an example of great filmmaking, from the casting process, which saw Benedict Cumberbatch break from his self-described ‘fast-talking posh Englishman‘ mould to take on rancher Phil Burbank, to the cinematography, which Ari Wegner fondly describes as ‘a rainbow of brown‘.

Read on to learn more about what Campion’s newest film teaches us about practical filmmaking, and how MetFilm School can help you to hone these same skills through our Certificates and Part-Time Courses.

Storytelling for the Screen

Throughout this blog series, many of the films we’ve looked at have featured adapted screenplays – Dune being based on the novel of the same name, Passing a novella, and in many ways, the legacy of The Matrix trilogy meant that to an extent, Resurrections was also working from existing material. Jane Campion’s The Power of the Dog is no different.

Less than a month after reading Thomas Savage’s 1967 novel for the first time, Campion had acquired the rights from Canadian producer Roger Frappier, and soon after, Netflix joined the production. Both Campion and her collaborators have spoken at length about the process of adapting the novel for the screen (you can even read the full script on Deadline), and there is plenty for aspiring filmmakers to learn:

‘When I read a book like this, I don’t take the adaptation lightly,’ Campion explained. ‘I want it to be as good as it can be. I wouldn’t say I’m a perfectionist, but I do like to do things really thoroughly.’

To start, the team tried to focus in on Savage’s vision, and used this as a guide towards which parts of the novel they could afford to lose to fit the story to around two hours. As Campion worked, she created a ‘visual language‘ which would allow the internal emotions of the written characters to shine through, and she even spent time dissecting the novel with author Annie Proulx, who wrote the short story Brokeback Mountain (of which Ang Lee’s 2006 film adaptation went on to win the Oscar for Best Director).

Throughout the entire filmmaking process of The Power of the Dog, it is clear how much appreciation Jane Campion has for her collaborators. In a single interview with Netflix Queue, she gushes over cinematographer Ari Wegner as ‘true, constant, intelligent, poetic, and hardworking,’ describes Production Designer Grant Major’s work as ‘perfect, inspiring,’ and sums up composer Jonny Greenwood in one word: ‘genius’.

Campion has spoken about how she does her best work through careful planning, and many elements of The Power of the Dog had been plotted out months in advance. However, producer Tanya Seghatchian (a recent MetFilm School guest speaker!) notes that this never made the director ‘dogmatic or instructive‘, and that she always continued to respond ‘to the moments, choices and compromises’ of day-to-day shooting.

It is important for filmmakers to find this balance, and to know when to follow their exact plans versus when to adapt and change. This is something MetFilm School tutor and director Prano Bailey-Bond spoke about in terms of her debut feature film, Censor.

One moment in the film which came out of both planning and spontaneity is when Peter (Kodi Smit-McPhee) enters the barn to talk to Phil, mounting Bronco Henry’s saddle throughout their conversation.

The barn itself was built out of weeks of Campion and Wegner exploring the New Zealand location and finding potential lighting patterns to utilise, all the time staying mindful that the barn needed to open to show the ‘barking dog’ hidden in the mountains. After this careful planning of how the barn would play into the emotional motifs of the film, one of its most memorable scenes appears to have simply come out of experimenting with different movements.

‘[Peter] comes in and he sits like this when he first gets on, and then at a certain point throughout the scene, he moves his legs over,’ Wegner explains. ‘He’s kind of side-saddle – but in a very confident kind of way. I remember Jane and Kodi kind of discovering that moment.’

The success of The Power of the Dog, besides the obvious talent of the cast and crew involved, comes down to one thing: the power of the storytelling. This is something that we highlight in our Certificate in Practical Filmmaking and Part-Time Filmmaking course. In these two courses, students receive first-hand experience in many of the practical elements of filmmaking, from writing a logline and pitching a script, to casting the perfect actors to bring your vision to the screen.

Former students of this Certificate have seen enormous success. Giorgio Guernier‘s feature documentary, Suburban Steps to Rockland, was picked up by Sky on a three-year exclusive deal, and Raphaela Wagner‘s period drama, Saitenstich, which tells the story of a young girl as she realises her dream of playing the violin, was produced by Ventura Films. In an interview with MetFilm School, Raphaela spoke about how her time studying sparked her career:

From [MetFilm School], I got pulled into the industry and never looked back. I think what I love about filmmaking is the fact that I get to be curious every day. I don’t have to choose a field of study and instead, I get to explore any topic I want.

The Power of the Dog is nominated for twelve Oscars at this weekend’s award ceremony. A special congratulations to John Woodward, Chair of MetFilm School and Executive Producer for the film. You can read more about the films our community has been involved with in our BAFTAs blog.

Watch the trailer for The Power of the Dog, available to watch now on Netflix.