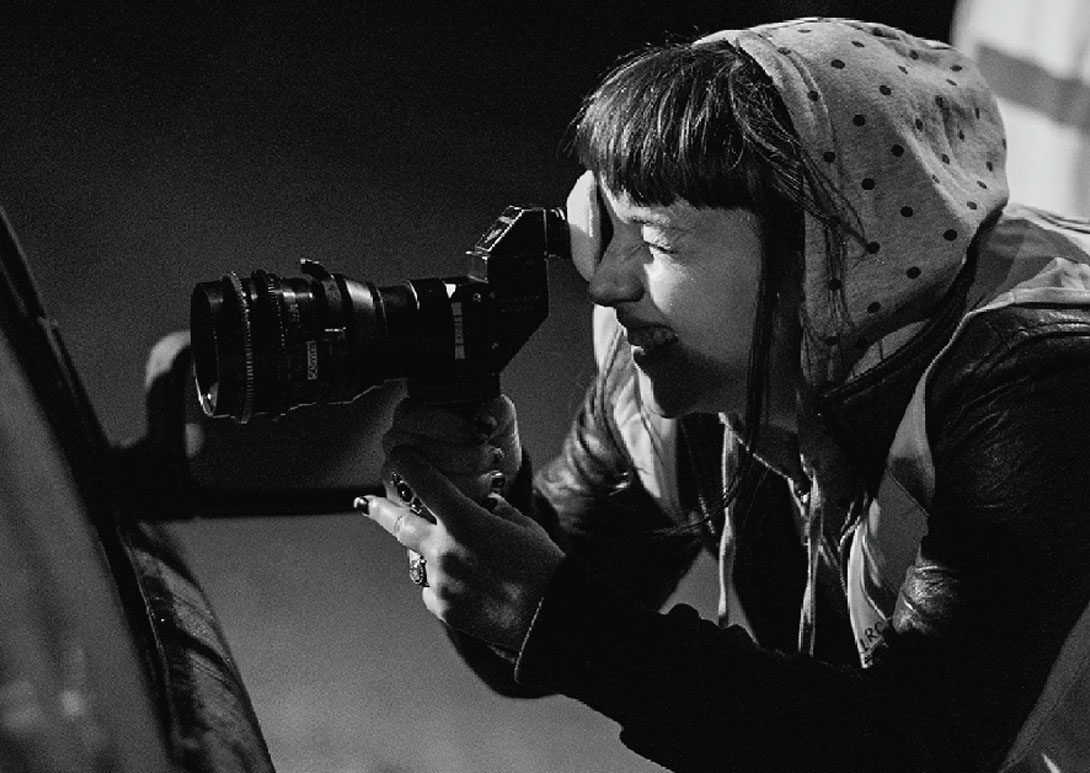 Back in June 2020, when we caught up with Welsh writer, director, and MetFilm School tutor Prano Bailey-Bond, she was working in the post-production stages of her debut feature film, Censor. Now, almost a year and a half later, Censor has collected 23 award nominations and four wins, and Prano was one of 36 UK talents selected for the BAFTA Breakthrough 2021 list.

Prano’s first feature film explores the same subject as her short film Nasty: the world of ‘video nasties’. Set in 1985, Censor follows Enid Baines, who is working for the British Board of Film Classification during the height of the ‘video nasty’ controversy. Filming took place primarily in Leeds, further cementing the city as a growing hub for the entertainment industry.

In fact, when MetFilm School launched our Leeds campus at Prime Studios in 2021, Prano shared that she was ‘thrilled’ to hear the news. ‘Leeds makes so much sense – it’s a great city and plenty of productions are filming up there’, Prano added – and she continues to be proven correct, with the likes of Tom Cruise and Samuel L. Jackson recently spotted filming in the city.

Having received a five out of five review from Mark Kermode, Prano joined us once again for a Masterclass session where she shared insights and stories from her experience shooting her debut feature.

Here are some of the highlights from our conversation, including three essential tips for first-time directors…

The success of Censor has led to many amazing opportunities, but with horror being such a ‘cult’ genre, it can be difficult to avoid being seen as only a horror director. However, while Censor, as with Prano’s entire body of work, contains many horror elements, she views it more as ‘horror-adjacent’.  ‘Playing with genre is definitely something that excites me, and I don’t think I’m working in the pure genre space’. Given that she cites David Lynch as an influence on everything she makes, this avoidance of easy classification makes sense. Nowadays, when she reads new scripts, Prano doesn’t limit herself to ‘horror’. Instead, she looks out for one thing and one thing only:   ‘Anybody who’s looking to make a film, especially a feature, ultimately it has to be the ideas and the characters that capture you in a way that makes you think, “I want to spend a long time with this project”.’

Hear Prano’s thoughts on the rules of horror (and how to break them!)

Writing with a price tag

As Prano shared back in 2020, Ffilm Wales, Creative England, BFI and Film4 were all on board for the development of Censor, and the process of funding development involved four exciting days of pitching to various potential partners. Now, with her debut out for everyone to see, Prano explained that she was glad not to let talk of budget spill onto the page.

As a writer, you’ve already got so many things that can become blockages to your creativity that, to then put [budget considerations] onto your shoulders… sometimes you just need to write something that is probably unrealistic, because then you can figure out what that ‘beat’ is and figure out another way of doing it.

‘I do remember after Censor I made myself a note saying, “the next film should be really contained”’, Prano admitted, before adding with a smile that ‘none of the stories I’m writing now are contained’.

One aspect of filmmaking that many first-time directors struggle with is knowing when to listen to suggestions, and when to trust your gut. To help with this, Prano refers to a ‘director’s litmus test’, where no matter what the question or decision, her answer should always return to the heart of the film: the story.  ‘[I ask myself whether] this idea is going to confuse the story or mess the story up, or whether it’s going to aid the emotion of the moment.’

The challenge of adaptations

Prano is already busy with several new projects, including something she hasn’t tackled since she was a teenager (and never before as a professional writer): adapting an existing work. Reuniting with her Censor co-writer Anthony Fletcher, Prano explained how they were working to combine their respect for the original story with their ideas for the screen.  ‘There’s a few really strong, striking images and scenes in the short story that are pillars, in a way. Those are things you should respect and allow to lead you, but also make sure that they’re working for the story. They might be a way to get into the story, but then [by the editing stage] they’re gone, because they’re not adding anything functional’.

Check out Censor, available to watch on-demand on MUBI and Amazon Prime.