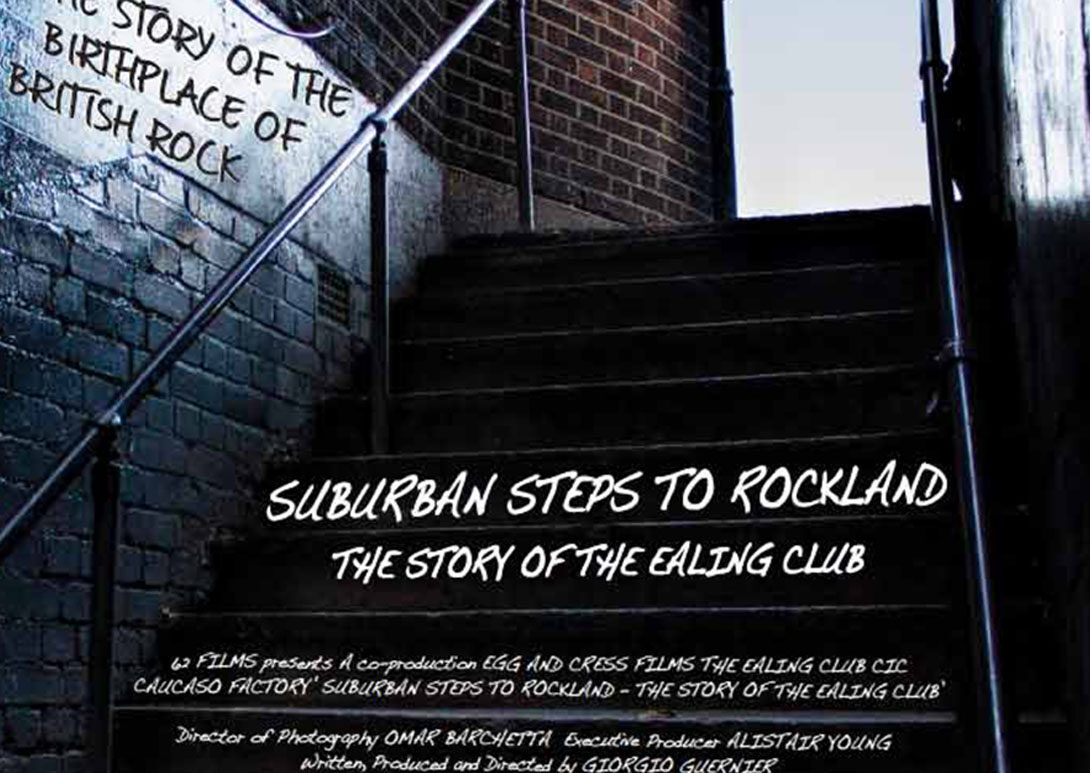 Filmmaker and Six-Month Practical Filmmaking graduate Giorgio Guernier’s feature documentary, Suburban Steps to Rockland, has been picked up by Sky, on a 3-year exclusive deal, and will be available to stream on Sky and Now TV later this year.

Using a combination of animation, archive and interviews, Suburban Steps to Rockland documents the story of The Ealing Club, an inconspicuous, backstreet venue and London’s first dedicated British rhythm and blues club, and to some, seen as the birthplace of the genre.

The film has had a pretty good festival run so far, including sold-out screenings at the Barbican and The Elgar Room, at the Royal Albert Hall as part of Doc’n Roll London Film Festival, the Liverpool Film Festival, and In-Edit Barcelona, arguably the biggest music-documentary-oriented film festival in Europe.

“I’m a music fan, always have been, so I was naturally drawn to the story, the tale of an obscure and dingy venue that despite its ‘anonymity’ was the place where people like The Who, The Rolling Stones, Jack Bruce and Ginger Baker of Cream, and Eric Burdon of The Animals (to name a few), cut their teeth in their early days.

Alongside the nostalgic tale of a trailblazing venue, Giorgio’s dedication to the story was paramount to the film’s success.

“I started (the project) on my own and then people at the Ealing Club CIC, an Arts Council-funded not-for-profit organisation that promotes the music heritage of West London, started backing it. We then had a crowd-funding campaign and as time passed, we put together some extra funds from small investors and sponsors.” said Giorgio.

Giorgio was connected with Sky through a journalist friend and it was as simple as they liked the film and wanted to buy it. It did, however, take Giorgio and his team a few months to gather extra funds to clear the 29-song soundtrack!

With Suburban Steps to Rockland complete and awaiting its TV premiere, Giorgio has embarked on another project; a feature film about a group of artists living in London and is aiming to finish shooting by August.

Giorgio was a student on our first ever Six-Month Practical Filmmaking course, which includes a documentary module.

“My course at The School certainly gave me the idea to try a documentary (filmmaking). I learnt, for example, it’s really important to properly structure your story in the first place. Even if the said structure will inevitably change as you progress with the project, it initially gives you a good perspective and something to work towards”.

“I’d like to thank Jonny Persey and MetFilm School for generously allowing me to borrow equipment, without which we wouldn’t have been able to afford to make another movie.”

Suburban Steps to Rockland will be released on Sky and Now TV later this year. In the meantime, watch the trailer below or on YouTube.

Six-Month Practical Filmmaking is available for both full-time and part-time study.

Watch the official teaser for Suburban Steps to Rockland here!