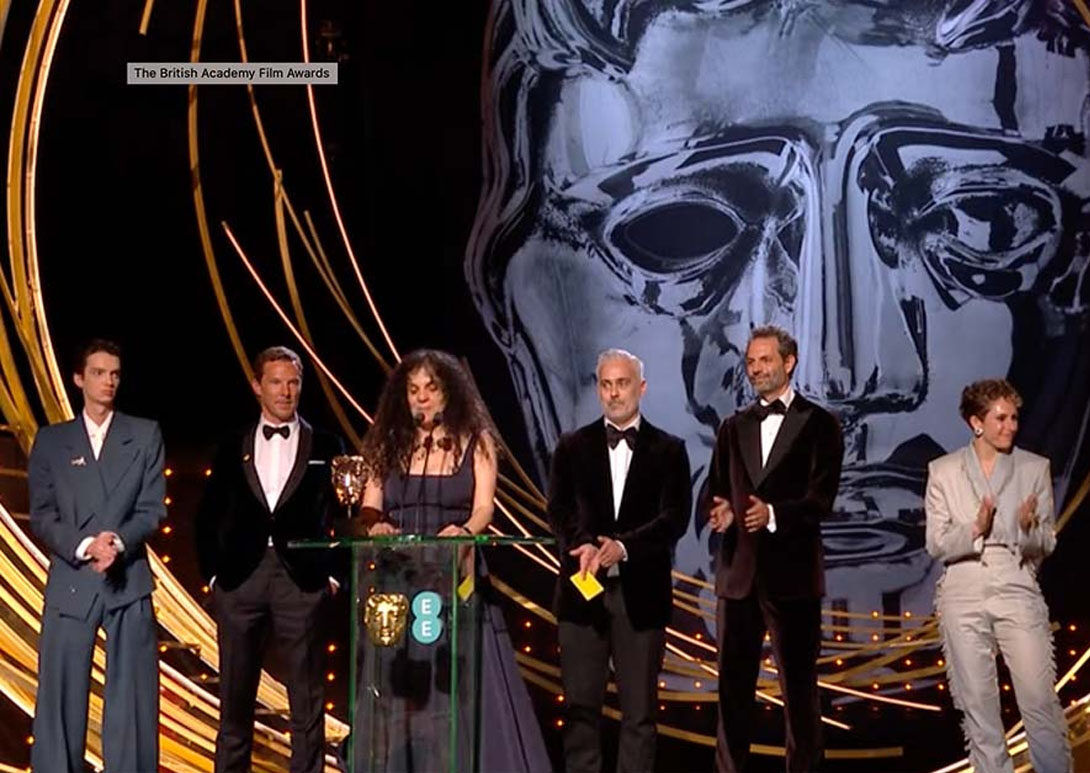 This year, MetFilm School have had a lot to be excited about when it comes to awards season. With at least 20 MetFilm School graduates having worked on eight films nominated at the BAFTAs, and seven graduates on three of this year’s Oscar-nominated films, we were thrilled to see many of them pick up wins at last night’s BAFTAs ceremony.

Last night’s ceremony opened with Dame Shirley Bassey performing her classic James Bond theme ‘Diamonds Are Forever’ in honour of the British franchise’s 60th anniversary. Daniel Craig’s last outing in the iconic role, No Time to Die, received five nominations and we are thrilled to have had five graduates credited on the film, in roles such as Visual Effects Assistant Editor and Dailies Operator.

Also in attendance at the event were MetFilm School tutor Prano Bailey-Bond (who was one of 36 UK talents selected for the BAFTA 2021 Breakthrough List), and Charlie Tidmas, MA Screenwriting graduate and a member of the 2021 BFI Network x BAFTA Crew talent development programme.

As Jonny Persey said, MetFilm School’s learning philosophy “is to minimise the difference between being a student and being in industry. It’s about make, make, make – feature films, short films, web series, documentaries… And, doing so under the guidance of professional filmmakers in an organisation that also makes films professionally.”

MA Producing graduate, Aileen Flanagan, 32 from Cheltenham, works for The Bureau, the producers of After Love, a four-time BAFTA-nominated film which won Leading Actress for Joanna Scanlan.

Aileen said: “I worked in-house at the production company, so rather than being within the production team on-set, this means I mainly focused on post production and delivery. I had read the script back in 2016 when I joined the company as a Producer’s Assistant.

“It was amazing to see the development process of writer and director Aleem Khan and producer Matthieu de Braconier as they went through the script, to then see what the final shooting script became, all the way through to the decisions they made in the edit and to the final film itself.

“We shot After Love in 2019, and finished post-production during lockdown of 2020, which seems like such a long time ago now!”

Joanna Scanlan wins Lead Actress at the BAFTAs for After Love!

Guy said: “I started working for Wes as his UK Assistant during the final stages of post production for The French Dispatch. Getting work in the film industry often comes via recommendation, if you do a good job on one project, you get recommended to work on other projects.

“I was quickly welcomed into Wes’ film family, and I have been addicted to their way of filming ever since. Wes has a very close group of people around him, and working now as the 3rd Assistant Director, I can learn first-hand and challenge myself every day.

“It wasn’t really until I started working on Wes’ new film Asteroid City that I was truly exposed to the full process of what it takes to make a large budget independent film.”

Go behind the scenes of The French Dispatch with this ‘Scene at The Academy’ video!

Martin Sandahl – 28, originally from Sweden, but has lived in Ealing for five years, is an MA Directing graduate, and now works for creative studio Framestore. Martin worked as the main VFX editor for the studio’s contributions to The Matrix Resurrections, and is absolutely delighted.

Martin said: “When you’re working for a big VFX company like Framestore, a Matrix movie is the kind of dream project you were hoping you could be involved with.

“When it started, several of the editors, and lots of other VFX artists were all very interested in working on it. So, I was very lucky that I got to be the main VFX editor on that project for six months. I’m a big fan of the whole Matrix franchise, so it was one of my dreams coming true!”

Watch history being made with Troy Kotsur the first deaf male actor to win a BAFTA!