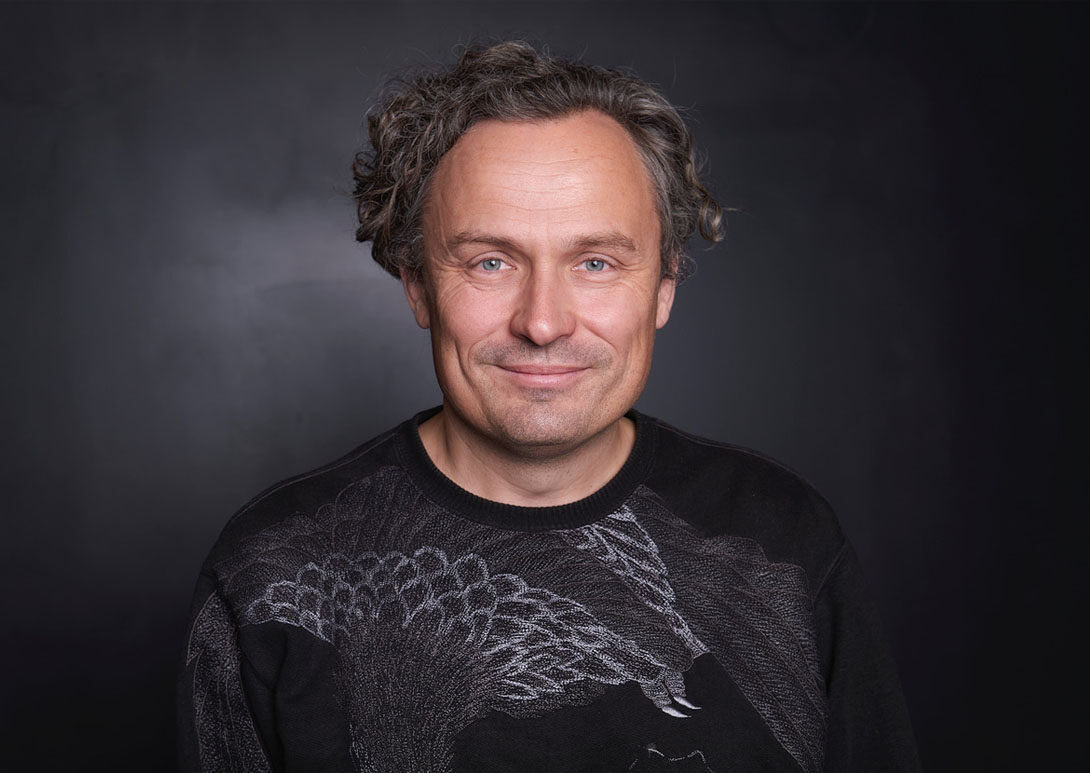 MetFilm School is pleased to welcome Robert Lehniger as Principal of MetFilm School Berlin. Born in Weimar, East Germany, Robert has led a long career in both the theatre and education industries, bringing together the practical and the academic aspects prioritised by MetFilm School.

Robert, who is already well known as a professional theatre director across Germany, Austria, and Switzerland, has taken up the role as Principal at MetFilm School Berlin, based at BUFA Studios.

Born in Weimar, East Germany, Robert studied at the world famous Bauhaus University, and began a career in the creative industries. ‘When I was in my early 20s,’ he said, ‘I found the work of the theatre – and filmmakers Christoph Schlingensief and Robert Lepage, to be incredibly inspiring.’

‘Both come from very different artistic backgrounds,’ he added, ‘and blew me away with their filmic and theatrical work. Looking at Schlingensief’s Rocky Dutsche at the Volksbühne Berlin, and seeing Lepage’s The Seven Streams of River Ota, I remember sitting in the audience and thinking “if this is theatre, I want to do it too!”‘.

Robert has already had a fascinating career, achieving directing acclaim and working at many of the renowned theatres, opera houses, and festivals throughout the German-speaking theatre industry.

In his cinematic works, stage productions, video installations and transmedia projects, his work focuses on the interaction of theatre and digital media, and on experimenting with various forms of storytelling on and off-screen.

Most recently, he has been responsible for creating theatre to go, a mobile format which brings German theatre classics to non-traditional venues across Düsseldorf in condensed and highly accessible versions. These have included a prison, a club, a church, the Düsseldorf state parliament, law courts, a synagogue, and a psychiatric hospital ward.

I am working to extend the classical theatrical space by adding and integrating digital media in order to adapt the space to the ways in which we habitually view performances, to reach new audiences and to create immersive experiences, whether that’s with live and pre-recorded video, Virtual Reality, Augmented Reality, or 360° video.

As well as following a professional career as a theatre, film, and digital media artist, Robert has also pursued a successful academic career as a lecturer and a tutor at a variety of Art, Film, and Drama Schools, including a recent position as a professor at Cours Florent, a French acting school based in Berlin, where he was responsible for initiating, building up, and running a BA Acting programme for international students from all across the globe.

‘Getting the opportunity to work at MetFilm School is incredibly intriguing to me,’ added Robert, ‘because it combines all of the different teaching disciplines of the professional screen and creative industries, such as acting, directing, producing, writing, editing, and cinematography, all in one campus in Berlin – which is very exciting.

‘Having all of these students and professionals working with each other, collaborating, it mirrors the synergies across the industry. Additionally, MetFilm School has taken this concept one step further by offering Bachelors’ and Masters’ degrees in these professions.

‘The screen industries are constantly in flux and becoming more and more international. MetFilm School brings an established, international, and professional network to the classroom and to our students, thus providing them with unique and unrivalled opportunities.’

Increasing collaboration across the three MetFilm School campuses, and heightening the School’s visibility in Berlin itself is on Robert’s ‘to do list’. He has lived in Berlin for over 20 years, and has inspiring things to say about the city:

‘Berlin has a thriving and incredibly diverse media, theatre, and art scene. So many brilliant actors, producers, and directors are already here. It’s a fantastic place to find inspiration, to learn how to network, and to meet future collaborators who are incredibly open. It’s a city with space for all kinds of ideas.’

The industry is changing continuously, and Berlin has embraced this; it’s a city that is not set in its ways. One example is our campus itself: formerly a traditional film studio, it used to be home to the pioneers of the film and television industry, and is now opening its space by transforming into a hub for societal change.

BUFA Studios is now bringing together activists, social entrepreneurs, human rights lawyers, educators, and artists – all potentially interesting collaborators for our filmmaking students – to tell their stories in a community.

Take a tour of MetFilm School Berlin, based in BUFA Studios

Robert is obviously very passionate about the industry, and the opportunities that exist, but he is also aware of the challenges and existing barriers. ‘Accessibility in education is a global issue,’ he explained, ‘and there is a lot of work ahead of us. How can we ensure inclusivity in the industry? How can we enable everyone, regardless of their respective backgrounds, to have the opportunity to be in front of or behind a camera, if that is what they want to do?

‘It’s our responsibility both as a School and an industry to properly reflect society and to work towards being able to give anyone who desires it the opportunity to work in this industry.’

As Robert summarised: ‘The opportunities are global. As the industry grows rapidly, so do the opportunities – it is an industry looking for well-trained professionals, and for a skilled, passionate, and diverse next generation.’