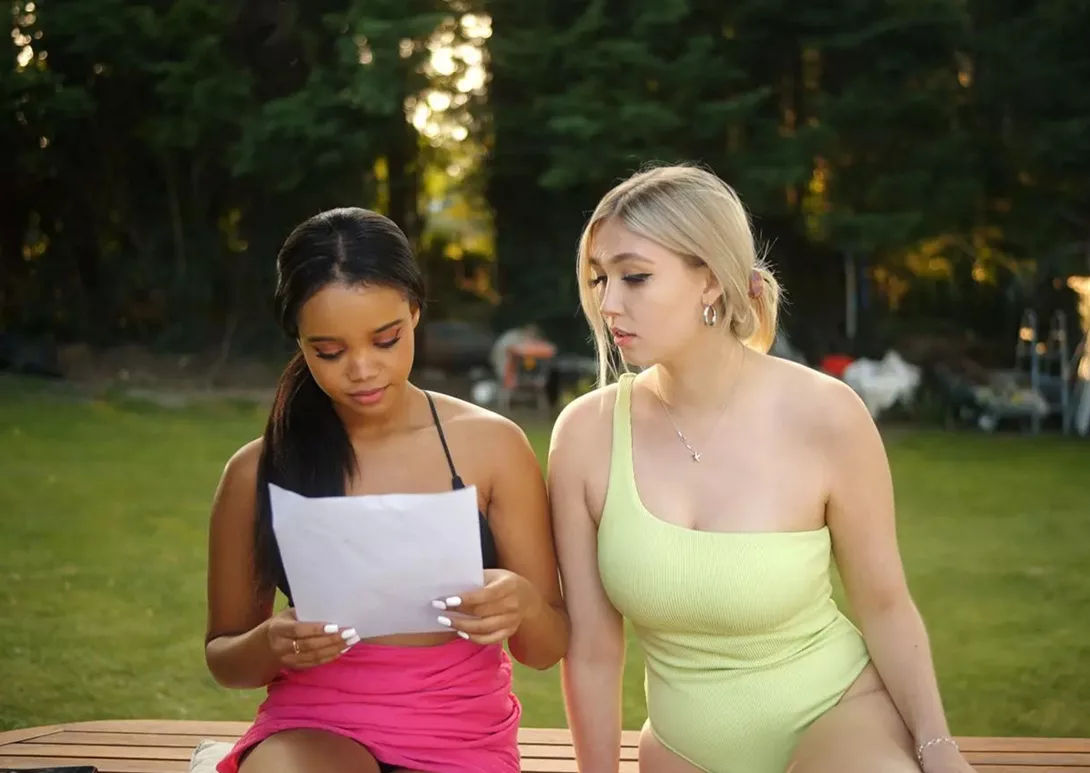 Last year, Sundance Now announced a new television show, Sanctuary, based on the novel of the same name by V.V. James. The fantasy-mystery follows a small fictional town in the UK ‘where daily life is shaken by murder accusations after a boy is discovered dead’, and while few details have been announced, we are proud to share that BA Screen Acting student Elish Liburd has a role in the show, joining castmates including Elaine Cassidy (A Discovery of Witches) and Amy De Bhrún (Line of Duty).

On top of this role, Elish also starred in Zara Woolf’s upcoming short film Wild Angel alongside BA Screen Acting graduate Hazel Blackwell. The project, described as a coming-of-age journey of bisexual teen ‘Angel’, was longlisted by the Odeon National Youth Film Awards, leading Elish to end her 2022 at the award ceremony. ‘It was spectacular,’ she said of the event, ‘I found it really inspiring to see the new generation of filmmakers, and especially the direction that cinematography is heading’.

In today’s blog, we spoke to Elish Liburd about her time on both Wild Angel and Sanctuary, as well as dream projects or roles she’s hoping to explore throughout her career…

When did you first know you wanted to be an actor?

I knew I wanted to be an actor since I was a young child. It’s the only thing that has ever really held my attention. I used to be shy, but was always confident on stage, especially when playing difficult characters.

Also, every teacher at every school I’ve attended (even those who would normally discourage creative pursuits) suggested acting as something I should pursue, so I took that as a sign.

Can you tell us a little about your experience shooting Wild Angel?

I had a blast on this project. Firstly, it was invigorating to play a steely and witty, yet also tender and caring young woman (my character, Skylar). Writer/Director Zara Woolf wanted to make a coming-of-age film focused on female empowerment, and that’s a topic I’m really interested in exploring throughout my career.

Zara also had a great team that really helped to bring the project together – it was a great way to gain experience.

You’re also going to be in the new fantasy/mystery Sanctuary – can you tell us a little about the experience?

I got involved with Sanctuary through the age-old story of my agent getting me a self-tape for the part, and then it all went from there!

I find it difficult to talk about the project without giving anything away (you’ll have to watch!), but everyone involved was really talented, creative, and hardworking. It was a super positive experience that highlighted just how important every person both on and off-set is in bringing a project together. It also set a really high bar for professional standards in the industry.

In terms of my character, I really enjoyed finding the genuine parts of myself in the role – that’s what helps me to connect to them on a genuine level, and to give an honest performance.

Can you share any standout lessons or memories from your time (so far!) on BA Screen Acting?

There are so many to choose from! I love that we don’t only learn about the art of screen acting and how to apply that to film, but that we also get hands-on experience in all the behind-the-camera jobs as well.

I must say, though, I did have a ‘breakthrough moment’ during one of our Advanced Acting II lessons: I learnt how powerful small changes in physicality can be, especially in terms of how the audience interprets a character.

As you continue to grow your portfolio, are there any particular roles or genres you’re eager to explore?

Honestly, I want to explore all kinds of characters, from all kinds of genres! A great story with a great team can create magic – those are the projects I want to be a part of.

I find it especially impressive when I see an actor playing contrasting roles – Marion Cotillard is a great example of this. Her character arc and appearance in A Very Long Engagement, directed by Jean-Pierre Jeunet, contrasts so much with the film La Vie en Rose, directed by Oliver Dahan, that I thought she was almost unrecognisable! That’s how I aspire to be seen.

Finally, with the UCAS Deadline approaching, can you share any advice for future acting students?

The biggest piece of advice I can think of is to go into everything with an open and accepting mind. Remember that different things work for different people, but it’s essential that you properly explore all parts of your training. That way, you know what works (or doesn’t work) for you, and you can use that knowledge to continue sharpening your craft.