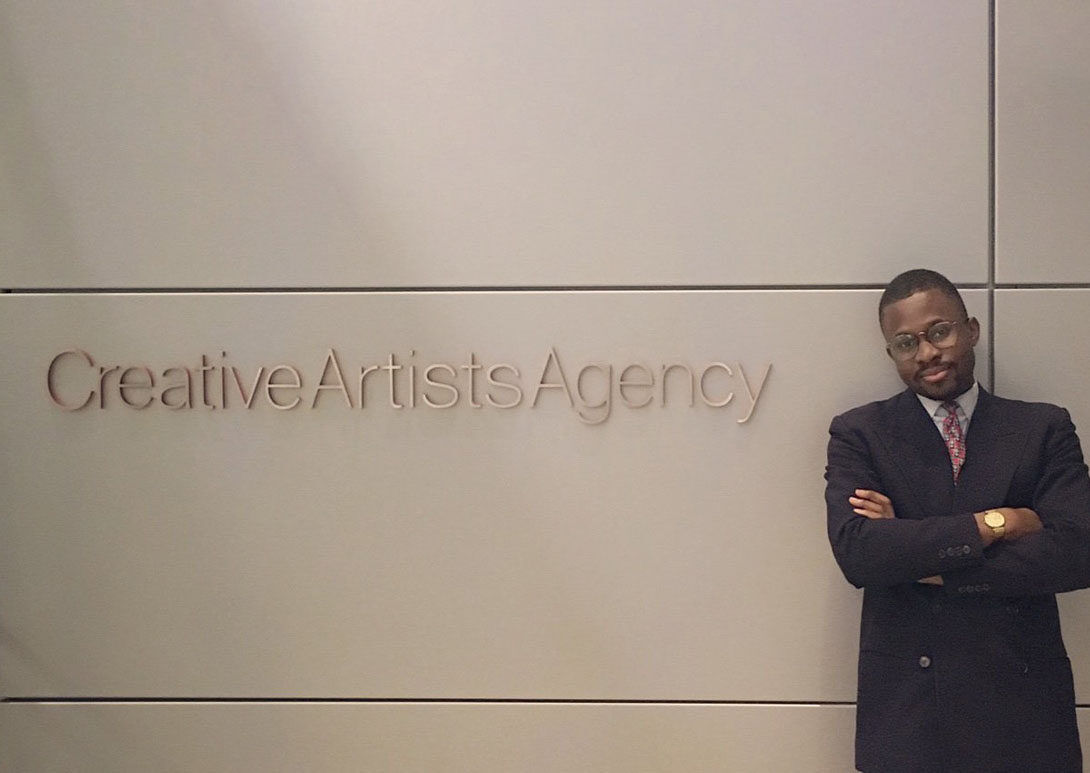 Tomisin, 29, has had his films screened in 150 film festivals around the world, including the prestigious Sundance Film Festival. His latest project Appreciation had its World Premiere at the Oscar-Qualifying Pan African Film & Arts Festival in Los Angeles last month.

This screening resulted in Tomisin’s CAA signing which boasts world-famous directors such as Martin Scorsese, Jordan Peel and James Cameron as clients.

What Tomisin Adepeju had to say…

“I fell in love with film by accident, film was my escape… and my education.

I moved to England when I was 12 years old. In Bermondsey there weren’t many Nigerians, and at school the only other black children were black British kids – I felt very different and at 12 years old I desperately wanted to fit in. I had a strong African accent, and I was severely mocked. I wasn’t happy and began to find solace in film.

With film you can lose yourself for a couple of hours and be somewhere else, somewhere away from your everyday life.

I studied MA Directing at MetFilm School – it was a very intense year and the best learning experience of my life. At The School it’s all about the craft, the creating and the making – I was making films in my first week!

MetFilm School helped me to find my voice. The lecturers there know their stuff, one of my lecturers was a BAFTA winner, and they are proper working professionals – I learnt so much and most importantly I learnt the craft, tools and skills needed to become a great director.”

Based on the short film The Good Son, which Tomisin made while studying at MetFilm, the story draws on Tomisin’s own experiences of race and Nigerian culture. “I wanted to make a film about a black man that isn’t about gang-culture or crime and to explore interracial relationships, faith and tell a deeply personal story.”

Find your voice and get into the art of directing with MetFilm School.

Watch the trailer for Appreciation by Tomisin Adepeju