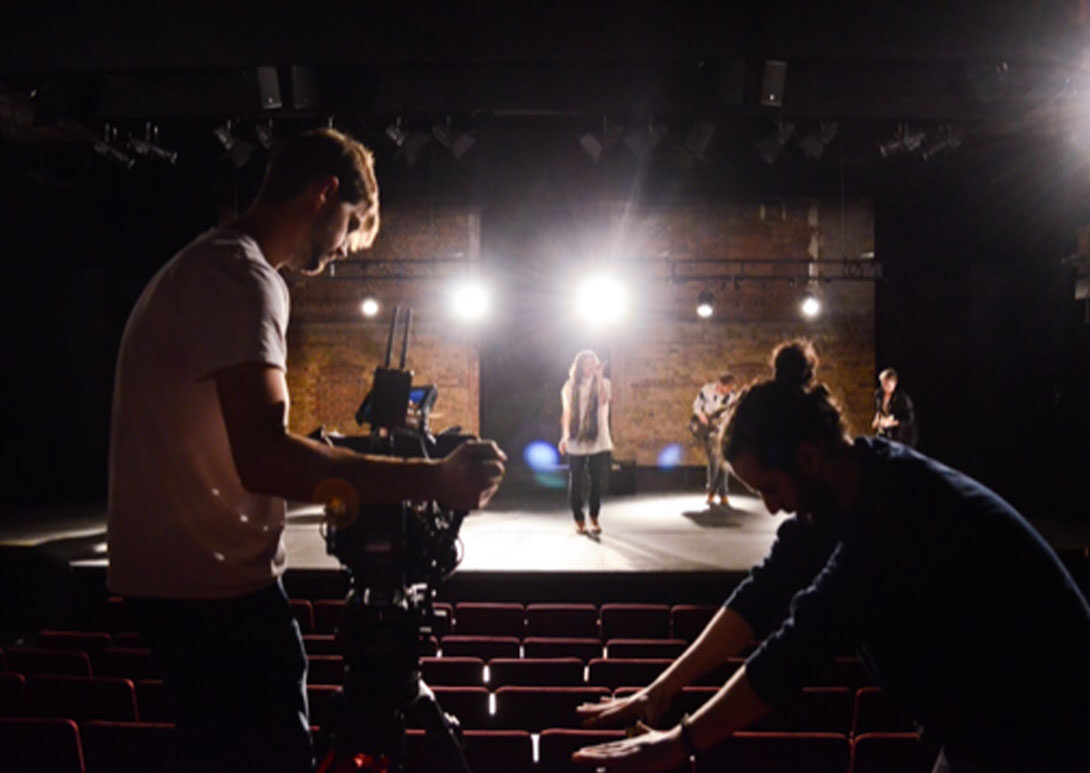 Max Brunner, a BA Practical Filmmaking graduate from MetFilm School London, has worked in the camera department on some huge productions, including The Crown and Last Night in Soho, the latter of which was filmed at our London home in Ealing Studios.

With a range of grip and camera roles across upcoming projects such as Wonka, Aquaman 2 and Citadel, a new television series starring Priyanka Chopra Jonas and Richard Madden, we caught up with Max to learn more about his journey into the world of filmmaking, as well as his own filmmaking philosophies…

When did you know that you wanted to go into cinematography?

I think this was more of a natural development from originally wanting to make films. Early on, I directed short films whilst working as a spark, and then I moved over to the grip department. I was always more fascinated by the camera and lighting parts.

During my first year at MetFilm School, I sort of naturally shifted my focus from directing to cinematography, whilst simultaneously moving up in the grip world. Working with great cinematographers only fuelled my desire to become a cinematographer myself.

What type of stories do you find yourself drawn to?

Films that I resonate with are ones that provoke me to reconsider my opinion. I gravitate towards projects like Incendies, Come and See, and Paris, Texas, which empower audiences to build empathy for others by experiencing different lives and perspectives.

My visuals should evoke a progression of moods and feelings; they should show and not tell, requiring audiences to watch actively and ponder the imagery. All in all, I’m drawn to films that use the camera as a character and a medium to tell a story, not just to capture performances.

You’ve worked in the camera department on some huge productions – how have these experiences aided your development, especially in comparison to smaller projects?

I believe the ultimate goal of every filmmaker is to tell a story, and I’ve often found it ‘easier’ with more constraints than less. If you have every possibility, you stand in a creative desert. What this has taught me is that if you can’t tell a story with minimum means, even the best crew isn’t going to help you much.

I’ve seen great films, and most of them I find are stories that delve into the questions of human existence and explore human problems, no matter the budget.

On another note, working with experienced filmmakers has shown me various approaches and solutions that I can draw from, as well as teaching me that listening to my inner voice is essential: making your own mistakes is vital to developing a unique visual language.

Do you have a favourite project from the last few years?

I think I’ve enjoyed and learnt from every project in a different way. Pistols, Last Night in Soho, Oslo, and Wonka are probably the projects that fall most in line with my personal filming philosophy, and thus were extremely thrilling to be a part of, while representing huge learning curves and development in my own work as a cinematographer.

Can you explain a bit about your role on Last Night in Soho?

I worked as a grip trainee, which means that I helped to set up the camera positions, including laying tracks for the dolly, rigging cars, assembling remote heads and cranes, and getting involved wherever I can.

Luckily, Jim Philpott, the Key Grip on the film, is one of the kindest people I have ever worked with, and he encouraged me to do some shots myself! This was actually one of the first projects where I got really involved in conversations with directors, cinematographers, and camera operators.

Watch the trailer for Last Night in Soho, on which Max Brunner worked as a trainee camera grip

How have you find your BA Practical Filmmaking degree helpful in approaching cinematography?

I think that as a filmmaker you never stop learning, and any form of life experience and education can be useful when used in the right way. The more you know about the filmmaking process as a whole, the better you’ll become at your individual job, no matter what that is.

Specialising in editing and cinematography has certainly helped me. I find editing especially helpful, as it teaches you to imagine an edit when storyboarding, and it highlights the importance of telling a story, focusing on your visual language, composition, and coverage on how the story is going to be told.

I believe that film school is most useful if you use it to your advantage, and if you work in the industry at the same time to fill any gaps in your knowledge. You need to be proactive, intuitive, inquisitive, and to get involved.

Finally, what’s one piece of content that has inspired you lately – and why?

Naming a single piece of content is always difficult, but two very different things that have inspired me lately are the ‘Burberry Open Spaces’, with the performers blowing in the wind. I admire the idea for its simplicity and some of the camera tricks not using any CGI. I absolutely love the shot where the camera operator is flying on the same rig as the dancers!

On the other hand, I’ve been delving into Tarkovsky in detail lately, and I believe any filmmaker should watch his work. He truly merges all aspects of filmmaking, creating poetry and mood through his visuals. His work is extremely deliberate and captivating; he creates an experience that draws you in and makes you ponder your existence.