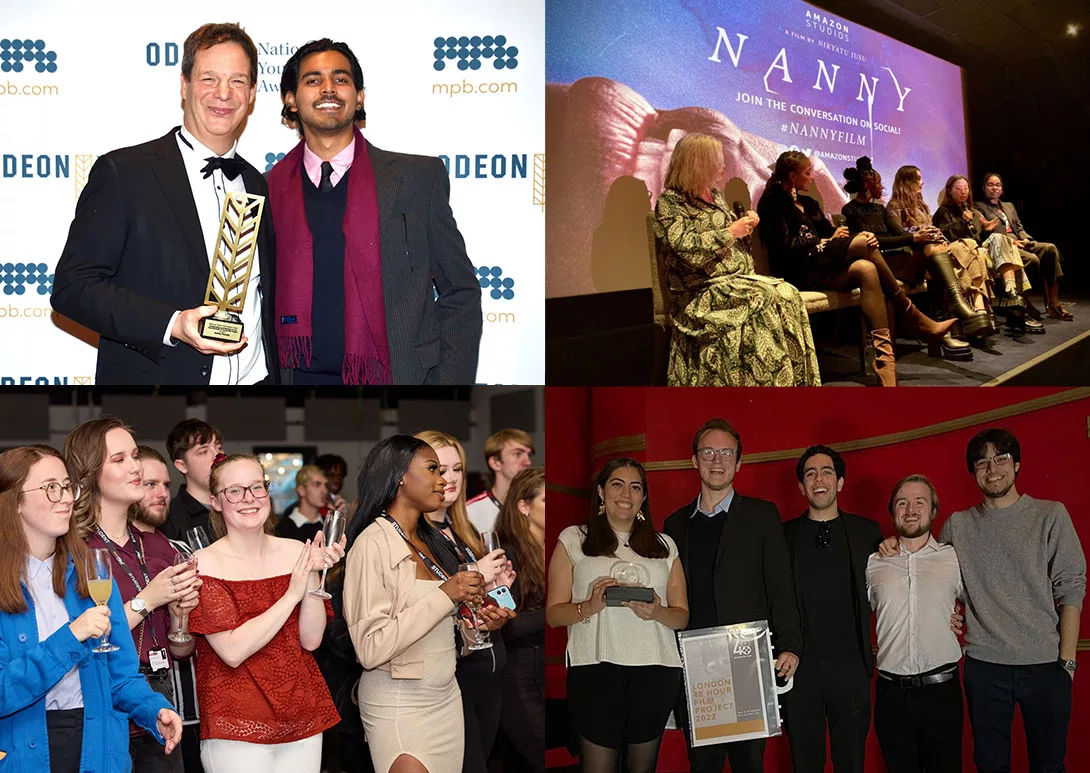 2022 has been quite a remarkable year for MetFilm, and it feels timely to pen a brief reminder of some of the highlights.

As we prepare for our 20th anniversary, we asked our CEO, David Howell, and Director, Jonny Persey, for their reflections on 2022:

It’s important from time to time to take a breath and celebrate, and we are deeply proud of the collective endeavours of our staff, our students, and our graduates.

At the same time, we can’t help but acknowledge that, from a global perspective, 2022 has been a deeply turbulent year, and one which has had challenging, and sometimes devastating impacts on far too many lives. Here’s wishing you all a brief moment of reflection before we embark on a new year, which we hope will bring respite, healing, peace, and prosperity to all.

Our students, graduates, and staff are winning awards:

There are many more stories where those came from – and the data below knits these together into a compelling narrative about the impact our graduates are having on industry:

The Office for Students (regulator for Higher Education for England) published its Graduate Outcomes data in June this year, which surveys graduates from every English university and private higher education institute fifteen months after graduating, has found that at both undergraduate and postgraduate level, MetFilm School graduates are the highest performing of all film school graduates in the country, on this highly skilled employment measure.

In November, the government’s 2019-20 Longitudinal Educational Outcomes dataset was also released, which puts MetFilm School at 8th in the country across all Creative Arts and Design undergraduate courses.

Following several years of imagining, and a year of hard work, we launched our new MetFilm School Leeds campus, now offering a range of undergraduate and postgraduate courses to our first cohort of a little over 100 students.

…and a distribution business:

In November, MetFilm built on the success of MetFilm Production and MetFilm Sales to launch our new distribution arm, MetFilm Distribution.

Its first release, A Bunch of Amateurs, opened to outstanding reviews, winning the Audience Prize at both Sheffield DocFest and the Leeds International Documentary Festival. The film has delighted audiences in theatres across the UK, before being broadcast on BBC Four on December 13th – you can now catch it on iPlayer.

We’ve had some amazing guest speakers in 2022:

And finally, our tutors and staff:

We remain forever indebted to our incredible team of staff and tutors, who our students value enormously, and whilst we bid adieu to several who have moved on to pastures new, we’re delighted to welcome some fabulous new staff, including Alice Hynes and Sally Joynson, who joined the MetFilm School Board.

Finally, we remember both fondly and sadly the incredible Asher Tlalim, who passed away in October 2022.