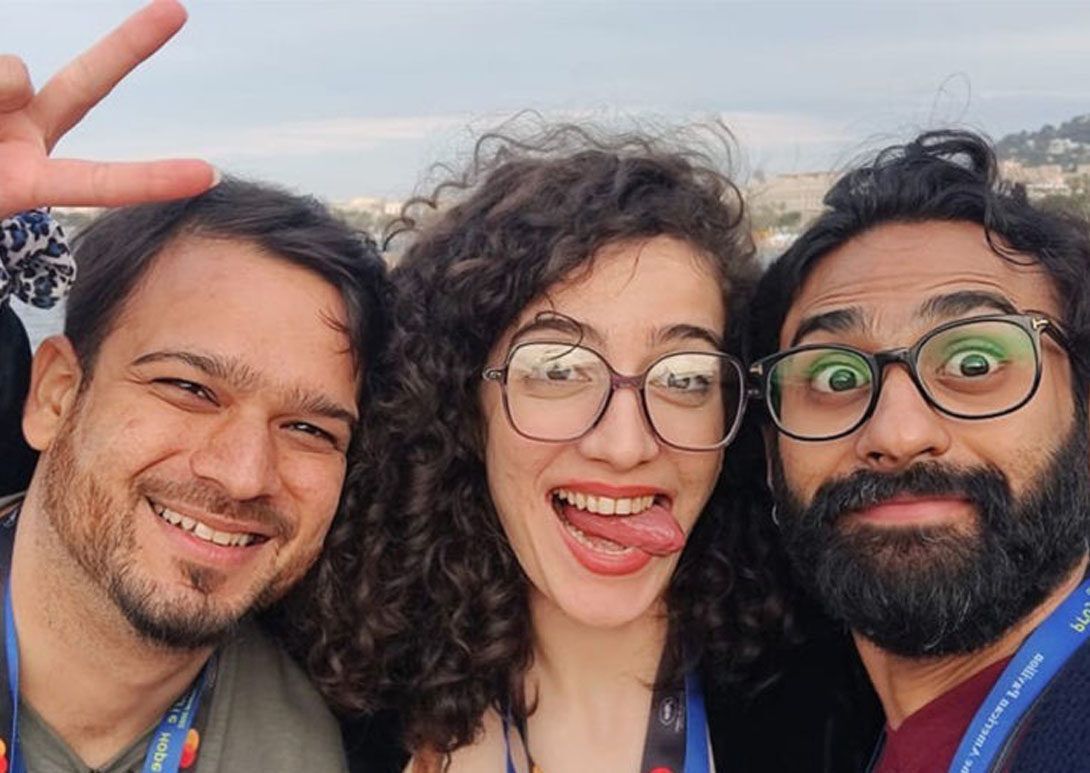 A lot can change in the space of three years. When we last caught up with Tabish Habib, he had just completed his graduation film, May I have this seat?. The film tells the story of Sonia, a pregnant woman on her way to a doctor’s appointment, and the harassment she faces from a conservative father on the bus ride there. The short film went on to be selected at Aesthetica Film Festival, as well as earning him a distinction in his MA Film & Television Production degree.

Since then, Tabish has maintained a keen eye for impactful storytelling and meaningful filmmaking, so when a friend, Saim Saiq, approached him about a new project, he knew he had to be involved. This project became Joyland, the first Pakistani feature film to be selected at Cannes Film Festival.

UPDATE: Since the publication of this blog, Joyland won the Jury Prize at the 2022 Cannes Film Festival Un Certain Regard Competition! See the full list of winners here.

Ahead of the film’s debut at the festival this week, we took the chance to speak with Tabish about the achievement, what he has learnt from the experience, and more…

How did you first get involved with Joyland?

Saim Sadiq is a dear friend of mine, and when he first informed me of the script, I knew that I had to get involved with the project. He writes characters with an incredible amount of sensitivity and nuance. Once I started reading the script, I couldn’t put it down. I was very fortunate that I was offered an Associate Producer position on the film – and here we are!

What was an ‘average day’ like as Associate Producer?

Working as an Associate Producer on this film meant that I had to juggle many different hats, as is the case sometimes while shooting in third world countries. Some tasks throughout the film included locking cast and locations, scheduling rehearsals or procuring rehearsal space, getting visas for our foreign crew, working on the schedule with the Direction team, or working with actors and the camera team on set.

I was very fortunate to be working with a very committed and hard-working crew, and I learned a lot from the experience.

In the press, Joyland has been described as a film about ‘sexual revolution’ – can you share any other films that you see as ‘revolutionary’?

I’m a big fan of Asghar Farhadi, Alfonso Cuarón, and Lynne Ramsay. A Separation and Forushande are hugely inspirational to my own work, as are Y Tu Mama Tambien, Roma, and We Need to Talk About Kevin.

Your graduation film, May I have this seat? also tackled themes of gender, and the clash between conservative and liberal values. Do you gravitate towards these stories for a particular reason?

Absolutely. These are themes that really interest me, and which relate to issues that I’ve grown up with in Pakistan. There is an incredible amount of hypocrisy that motivates conservative thinking, and it becomes very difficult for liberal values to find a space to truly be expressed, which in turn leads to a rebellious mindset.

It’s in this headspace where I usually find the characters and the stories that I want to tell.

You’re also a Producer on Pakeeza, another film telling an important narrative, this time about sexual assault. Can you share anything about this filming experience?

My cinematographer on May I have this seat?, Jaffar Raza Jafri, was making his thesis film at film school, and told me about the story. I jumped at the opportunity to get involved. As our director is a cinematographer by craft, the film has some beautiful visuals.

One particular memory that I will cherish from the shoot is setting up a Mela (a carnival) in a village, with very little budget, all in less than two days, alongside my Co-Producer Sana Jafri. When all of that came together in such a short amount of time, it was immensely gratifying.

Learn more about Pakeeza through its crowdfunding page here.

From watching Darling, Saim seems to be an expert at navigating busy scenes with the camera – what have you learnt from his style of filmmaking?

A lot of our scenes were filmed with the ambition of filming everything in one take, which led to some brilliant shots. Saim often comes up with a dialogue or an idea while filming those long takes, and it was very interesting to see all of these ideas come to fruition.

He had worked on the script for three years, and was willing to change things on the day if it felt like the right thing to do. Seeing someone pull off all of these impromptu ideas so seamlessly was very inspiring.

How has your MetFilm School degree helped you since entering the industry?

I learnt a lot from Justin Trefgarne and Francis Poletti at MetFilm School. Not just about screenwriting and directing, but about managing your time productively and efficiently in the creative industry.

I’ve attached myself to projects that intrigue me, and the success that they’ve had has allowed me to feel a sense of validation about my choices. I still sometimes feel like I’m carrying all the productive energy that I picked up while studying at the School!

Finally, a couple of years ago, you attended Cannes as part of your course, and this year, you’re back as a part of the first Pakistani feature to be selected. Have the butterflies settled yet?

It’s an unbelievable achievement. It’s the first fiction feature that I’ve worked on, and it’s been selected at Cannes – that too, being the first one from Pakistan. It values all of the hard work that the crew has put in, but there is still an element of disbelief.

Fifteen members from our local cast and crew are going, so we’re going to have a ball of a time at the premiere. I can’t wait to get there and celebrate!

Watch the trailer for May I have this seat?, the short film by Tabish Habib