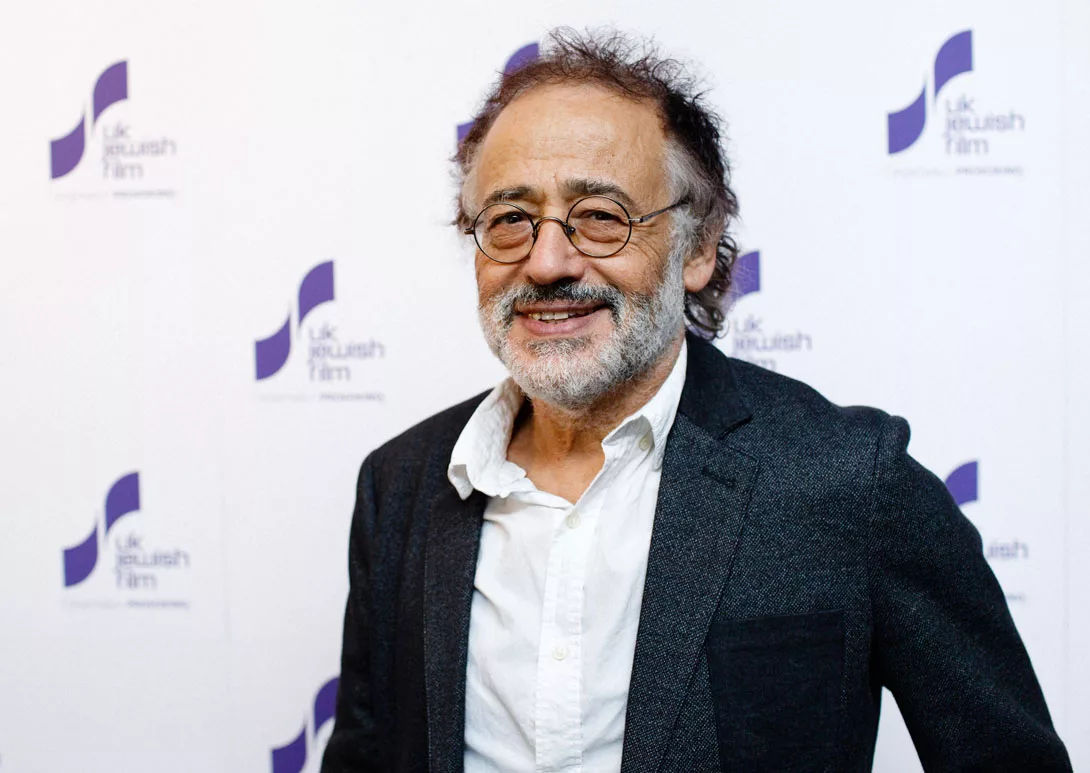 The MetFilm community were deeply saddened to hear of the passing of Israeli filmmaker and former MetFilm School tutor, Asher Tlalim. Having taught hundreds of students at MetFilm School in filmmaking, documentary, and editing, he is remembered by many for his passionate embrace of every student, every filmmaker’s stories, and for his commitment to help every storyteller find the heart of what they wanted to say – and enable them to say it.

To mark the end of the ‘shloshim’, the traditional thirty days of mourning in the Jewish tradition, we are publishing these thoughts and memories shared by MetFilm Director Jonny Persey at a recent UK Jewish Film event.

I’ve known Asher for 25 years as a teacher, as a colleague, and as a friend.

I’ve been recalling over the last few weeks the many conversations I had with him over the years. Hearing him talk about this or that film; about his son, Jonathan, playing for Norwich Football club; about the history of Israel through its films; about the yurt he’s building in Galilee, and the story of the ground it stands on; about his love of teaching; about Avigail’s remarkable acting career or Ronit’s PhD; about how to construct a story – what I notice in building that picture is that I cannot tell these stories apart by the feeling with which he talks, because Asher talked about all these topics with the same remarkable passion and belief, hope and positivity, joy and demand.

When he was our teacher, he would always start by exclaiming how beautiful a piece of work is before telling us in no uncertain terms what was wrong with it. There were tutors we had who were deeply challenging, but sometimes forgot that this was our story we were telling, not theirs’, that this was our learning, not their filmmaking on trial. Not so Asher.

My peers when I was a student, and my students now, all remember Asher as always being positive, always celebrating our work, always seeing the beauty, and in his own inimitable way, going in for the kill where he knew it would make a difference to the story or the filmmaker’s journey.

And he would give time. Sometimes more time than you wanted, in fact. You were never on the clock with Asher. What a cruel irony that a man who had so much time for everyone else has not been afforded more time for himself, his family, and the many of us who had so much still to learn.

In the jury of the UK Jewish Film Fund, Asher saw his role not as juror but as convenor of the jury, and I can’t tell you how many of his sentences began “I’m not on the jury, but … if you want to know what I would say, well …” and I can tell you, we definitely did want to know, not that that mattered, he was sure to tell us anyway.

Not because he thought his opinion was more wise, though it usually was. But because he felt it with passion and voracity.

There’s a story I sometimes use in my work, about a steam ship which has broken down, and all the engineers have been called, but nobody can figure out what the problem is. The local engineer is stumped, their boss, their boss’s boss, the representative from the steam ship company… Everyone is flawed. But then someone remembers a story about one guy, and they bring him in.

This older man goes into the belly of the ship and follows the steam pipes around the boat – and there’s almost a mile of pipework going round this boat. He taps here and there, until eventually, he stops, gets out his hammer, and gives an almighty hit in a particular place. Suddenly, the steam ship starts to whirr, and steam starts to flow, and it works beautifully for many years to come.

Asher is like the wise engineer. He’s the one who’s seen it and been there. Who knows where the problem is, and is deeply and forever committed to teaching others how to find it, too.

Now that I string these memories of Asher together, I’m struck by his insight and patience. There would be many things that he could pick up on in a consultation, but Asher knew which one counted.

He could live with imperfect filmmaking, storytelling, editing… he knew it was part of a journey, and he would celebrate its beauty, and know that that was part of the fun. But the one thing that counted, he would isolate, and he would push and challenge us with vigour. I have seen that in him as a teacher, as a colleague, and as a friend.

I don’t know how many years Asher had lived in England, but you’d be forgiven for thinking he’d only just arrived, such was his commitment to his roots that his Israeli-ness – and I imagine his Moroccan-ness, remained as strong as his adopted English-ness.

Tamara, my wife, always loved that Asher’s surname, Tlalim, sounds so much like Taltalim, the Hebrew for curls – and his unpredictable hair was a beautiful metaphor for how his mind works: poetically, insightfully, not very linearly.

That will be his lasting legacy – curly hair, poetic storytelling, committed to the journeys of all those he encountered, with integrity and passion. And we will – all of us who knew him – bring a bit of that legacy with us in how we work with others – let us all use our inner Asher to channel his energy into our work, relationships, and our stories.