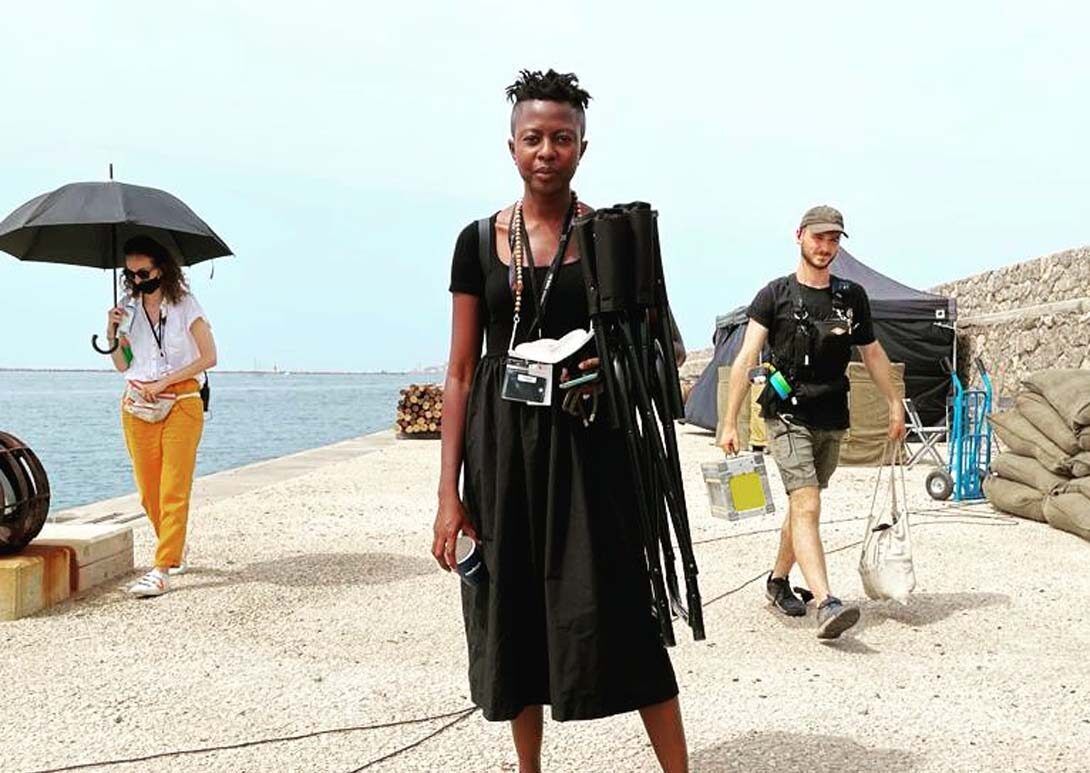 Tunde Aladese is no newcomer to the MetFilm School blog. In 2020, we shared the news that she had written a 65-episode MTV series during lockdown, MTV Shuga Alone Together, and the following year, we found out more about that experience in an interview with Tunde, where she shared the highlights of studying in Berlin, and her tips for people interested in filmmaking.

A graduate of our BA Practical Filmmaking degree in Berlin, Tunde has tried her hand at various craft areas, but it is writing which remains her ‘top priority’. Over the last year, she has been busy working in the writer’s room for Transatlantic, the upcoming show from Anna Winger, creator of the eight-time Emmy nominated (winner of ‘Outstanding Directing’) limited series Unorthodox.

Keep reading to find out more about Tunde’s experience on set, her advice for finding a filmmaking community in Berlin – or anywhere else, and how her time at MetFilm School Berlin has helped her to approach time on set…

You’ve spent the last year working on Transatlantic. Can you share a bit about your role on the production?

I was invited by Anna Winger, who I’d met in 2020, to join the writer’s room, and was assigned one episode. Later in the year, she reached out saying they needed someone on the writing team to step in as the ‘writer on set’, present in Marseille for the entirety of production. She didn’t need to ask twice.

I was ecstatic to have the opportunity. So, basically, I wrote one episode, and then spent five months on set under the official title of ‘Story Editor’, available as a resource to directors, actors, and other members of the crew to help make sure all the choices made during filming were synonymous with the vision of the showrunner and the writers’ room.

It was exciting being there every day, watching the entire team work together to bring the stories we’d imagined to life, adding all these extra layers that we didn’t necessarily imagine, but which made it all so much richer.

Without spoiling anything, what are you most excited for audiences to see in the show?

The entire experience of the shoot was quite moving in a way that I think added something extra to what we were making. We saw so many beautiful places in the South of France – beaches, mountains, old villas. The wardrobe was amazing, the extras… Anna makes what she calls ‘artisanal television’, which is somewhere between typical studio type productions, and more ‘auteur-driven’ storytelling. It leaves room for there to be a whole secret story behind, for example, a ukulele player in the background of one scene, with no lines.

It gives the opportunity to break form occasionally, and to suddenly have scenes or interludes that are nods to the art and artists that inspired the world. I hope that people will be drawn in by the humour and the heart in our story. But I also hope they get a chance to ‘feel the fabric’ of everything else; all of those other little parts that could be easily missed. 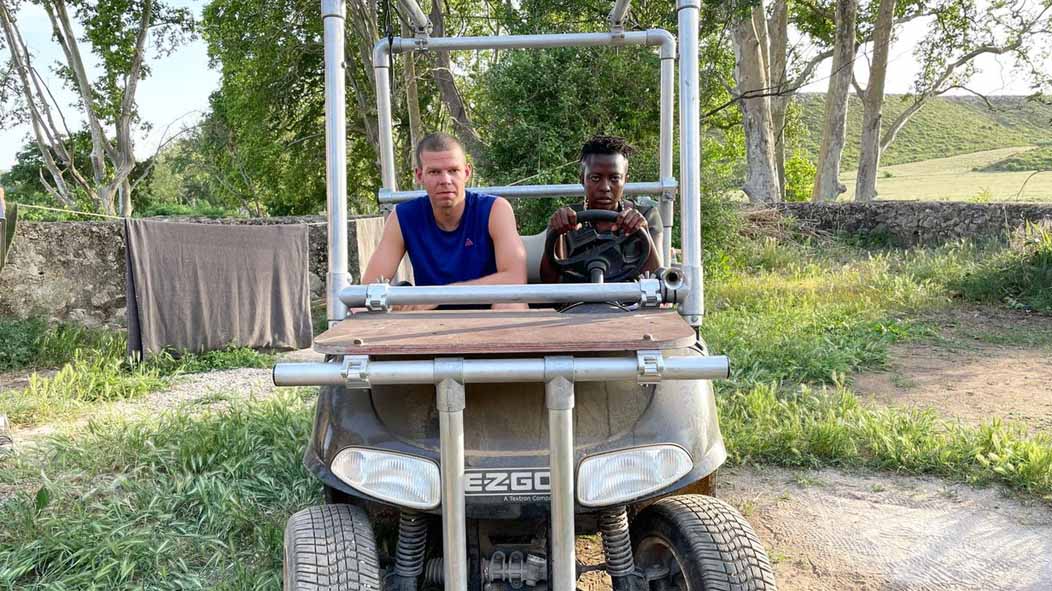 Anna Winger’s company, Studio Airlift, is based in Berlin. Having studied in the city, what do you think makes it such a great place for creatives?

I’m not sure I believe in one’s creativity being tied to a particular space or place – much like happiness. I do think, though, that these things often come from finding your people, and maybe it’s easier to find those people in a city that isn’t as huge or commercialised as LA or London.

Compared to other famous cities that creatives congregate to, trying to find themselves or their voice, Berlin is still somewhat wild, undefined, and open. This makes it possibly more challenging if there’s a language barrier, but it also means that it isn’t quite as constrained by some of the industry roles or informal structures. It isn’t quite as cutthroat, or as mainstream.

Can you recommend any go-to spots or events in Berlin for aspiring filmmakers?

After graduating, I tried to figure out ways to meet other filmmakers, hoping to connect and possibly collaborate. I found Facebook groups for screenwriters, for women filmmakers, for Black filmmakers. Sure, some of the people you meet will be dabblers, but if you’re lucky, you also meet some people who you connect with, stay in touch with, and then go on to create with.

Also, when I could afford the time and the fees – festivals. Film and series festivals are great places to connect and meet people. I introduced myself to Anna Winger at a Berlinale panel event on series, after having first been mentioned to her by a friend I met on a Facebook group for women filmmakers! 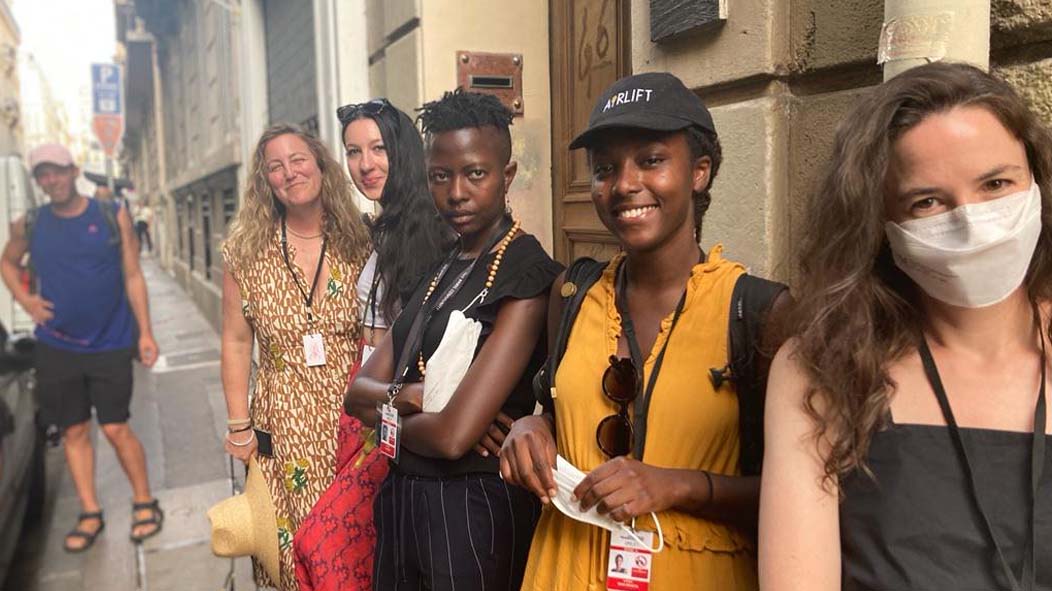 Back in 2020, you shared your advice for writing – since then, has your process changed at all?

Since sharing that advice, I’ve worked on a Nigerian Netflix series with a writing team of Nigerians and South Africans, Transatlantic with a mostly American team, and another project, mostly with a German team. Every room has a different style of working, and as part of the team you have to try and fit in with the head writer’s style in a way that helps enrich the process and material.

The biggest thing from the past couple of years, for me, is widening the range of people I’ve had the opportunity to work with. With every job, you learn new things. I try to go into every new project with a balance of openness to learning a new process, and offering up everything I have learned in the past, so that by the end, I have even more cards in my deck.

How do you think your BA Practical Filmmaking degree has helped you as a screenwriter? And has it left you wanting to explore other crafts?

Before MetFilm School, I didn’t really enjoy being on set all that much. I’d visit the sets of the shows I was working on and would be ready to leave in a couple of hours, because I didn’t really understand what was happening. It just felt boring sitting around for all of that, because my brain wasn’t stimulated.

After my time at the School, I’ve found that I really loved being on set every day in Marseille. And I always understood what was happening, so I remained engaged while I watched it all – studying the shot list, watching the director and DOP set up their frames, figuring out how much coverage we needed… Having tried all these steps before made it so much easier to anticipate problems, and to offer solutions wherever possible.

As for the future – we’ll have to see! Technically, my role on Transatlantic was a writer-producer one. And I would love to do more of that in future projects, at a more involved level of production. Maybe some directing, with specific projects. For now, though, writing remains the priority, the first love. 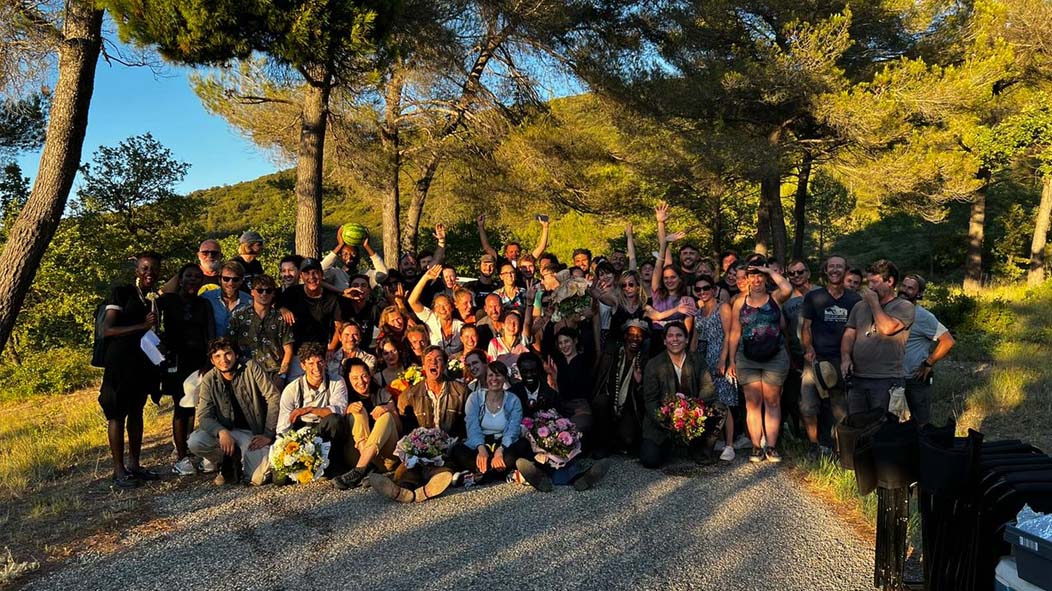 Finally, what are you working on next, and how can we support you?

I’m working on a couple of projects, but I think it’s too early to talk about them in too much detail! One is a project whose writer’s room I joined last summer – they recently asked me to take on a more involved role. The other is some development work on a book adaptation for Studio Airlift. They’re both really exciting opportunities, with a lot more responsibility.

Besides that, though, post is ongoing for Transatlantic, so everyone can support by bingeing it over and over when it streams next year!