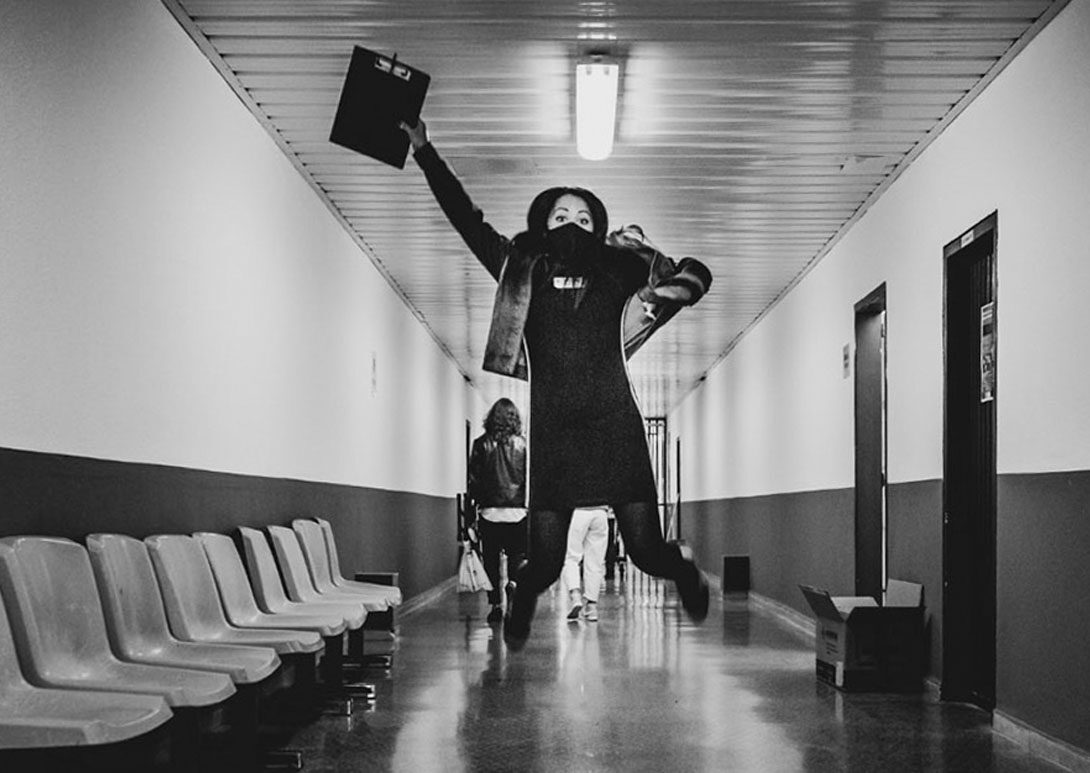 In 2021 we waved goodbye to our first-ever cohort of BA Content, Media and Film Production – ScreenSpace students! It’s always exciting to see our students graduate, especially when they get back in touch with updates on their latest industry roles and projects.

One of our favourite recent stories has been that of Diandra Vazquez who has been busy putting the finishing touches to her debut feature documentary, Origen Torombo. For this first ‘Meet the Alumni’ blog of the year, we caught up with the 33-year old Spanish filmmaker to find out more about her creative journey, her time studying at ScreenSpace at MetFilm School London, and her experience writing, directing and editing her first film…

“I think that I was born with rhythm in my blood” From the age of three, Diandra was touring the theatres of Madrid and Marbella as a ballerina and flamenco dancer. She grew-up between the cameras and theatre, and an interest in cinema naturally blossomed. But when she was 17, Diandra suffered a life-changing injury that put an end to her dancing career. Rather than give up on a future in show business, she decided to forge a career behind the scenes… “I started developing myself in the art of makeup which quickly grew into working with prosthetics and special effects. I worked for a few years in Madrid as a makeup director, creating special effects for Spanish composer Luis Cobos and I worked on projects for Placido Domingo also doing hair and makeup. But I wanted more, so, I moved to London in 2011 to study. I started at the LCCA (London College of Contemporary and Arts), but my studies were cut short when found that I was pregnant and I was unable to complete my degree.”

Fast forward a few years, Diandra has a beautiful five-year-old son, a degree in Content, Media and Film Production, and a feature-length documentary to her name. “Screenspace was such an exciting opportunity for me. I had always wanted to study at MetFilm School, but I didn’t have the funds. I was so emotional when I learned that they had introduced a state-funded degree and actually cried when they told me about it. For me, learning how to write a script was wonderful. English isn’t my first language, so I was always lacking in confidence, but when I was taught how to structure a script, how to develop a narrative, how to really tell a story… something inside of me woke up. I always had lots of ideas swirling around in my head, but now I understand how to get those ideas out of my head, create a script and get those ideas onto the screen.”

As part of the ScreenSpace course, students create a short film, but Diandra’s short soon developed into something far more substantial: a 75-minute documentary titled Origen Torombo… “It all started with ScreenSpace, actually. We had to make a short documentary about something that we enjoy… could have been anything. So, I decided to make a film about flamenco, its importance to my culture and me personally. I watched a video of José Suárez (El Torombo), teaching women and children, the beat of flamenco with stones and beans.

I thought that was very interesting, so I contacted him via Facebook, never thinking he was going to reply, but he did! The documentary is a story of overcoming addiction through dance. El Torombo was a dancer who was addicted to heroin for more than a decade. Now he has created a pedagogy with dance, singing and music. He has helped many young people from the marginalised neighborhoods of Seville, inspiring them to turn away from drugs and focus on creating prosperous futures. He has helped prisoners inside of prison to find peace and he supports people to overcome addiction. I wanted to tell his story.”

Returning to the rhythm of her childhood, Diandra also wanted to tell the story of flamenco within the documentary. She explains: “Flamenco is so important to my culture, so in the documentary, I explore its origins, its gypsy roots and where the dance comes from and why we sing that way.  Flamenco is like a gospel that grew from slavery.”

Origen Torombo has been three years in the making, with Diandra filling the roles of scriptwriter, director and editor, as well as finding the film’s producers. It will soon be released to the festival circuit; an incredible achievement given that it was made alongside her studies and family commitments.

“I am still working on this project, but I have other projects lined up. I want to work on more ideas and learn more about film; there is always something new to learn or discover. I’d really love to win an award with Origen Torombo. Awards open doors and help me when I’m ready to tell my own personal story as a feature film – that’s my long-term goal.”