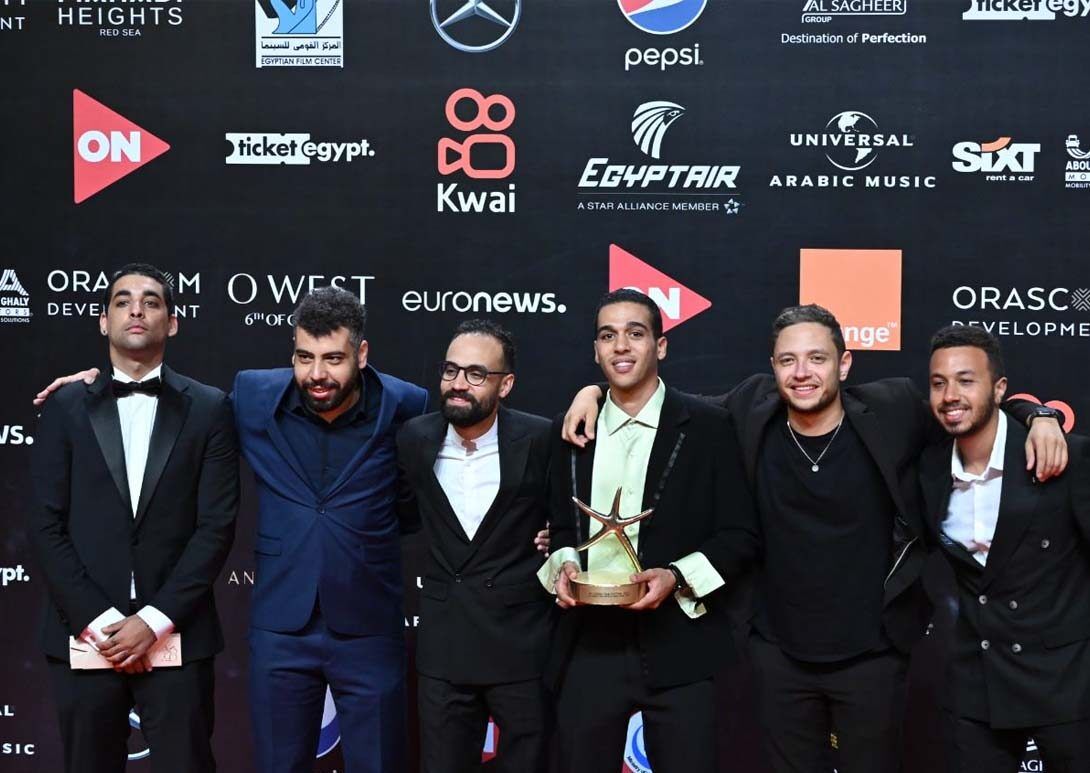 For MetFilm School students, their graduation project is a chance for them to use everything they’ve learnt to create a piece of art which is uniquely their own, and with his short film CAI – BER, MA Directing graduate Ahmed Abdelsalam has done just that.

Telling the story of an Egyptian woman who is set to leave Cairo for Berlin the next day, CAI – BER follows its protagonist through her final night in the city. Ahmed’s film won Best Arab Short Film at the El Gouna Film Festival, as well as being selected for Fribourg International Film Festival and Clermont-Ferrand International Short Film Festival in France.

To learn more about the experience of shooting his short, we caught up with Ahmed…

What was the inspiration behind CAI – BER?

I’ve always been concerned with my generation’s feelings of alienation and depression; seeing my friends leave all the time was building up to an idea, but it only became solid when my closest friend decided to leave Egypt forever. She only announced that she was going to leave days before, and it suddenly hit me that it was time to make this feeling into a film.

The idea came before starting my MA Directing course, and it kept developing and growing throughout the course, until I was finally ready to shoot it for my graduation project.

Did the themes of the short influence the more ‘practical’ decisions, like lighting or sound?

It definitely did. Some conscious decisions and some unconscious, too, that I discovered only after shooting. The lighting in the opening scene, for example, was created to feel like a ‘non-Egyptian party’. It was meant to make you feel like this generation put on these parties for a sense of escapism.

I was lucky to work with one of the best DoP’s in the MENA region, Mostafa El-Kashef, who understood just how to make that feeling come across on screen.

What was the filming experience like for CAI – BER?

It wasn’t easy, especially with the choice of long takes throughout the film. We had to rehearse with the camera a lot so that we could master it, and sometimes we thought that we might have to drop some of the takes, but I didn’t give up on the idea.

What I’ve learnt throughout my career, and my course at MetFilm School, is that you have to plan everything in advance, but you should still always keep room for moments of inspiration that might hit you while on set. I would say that, for CAI – BER, the filming experience was a mixture of planning and spontaneity.

What have you learnt from navigating the film festival circuit?

I learnt that networking is a skill every filmmaker should have. That’s how you get to sell your next project. But I guess that once you’re at these events and festivals, you just start improvising and introducing yourself to everyone!

Who are your biggest inspirations when it comes to directing?

To be honest, that list changes as I evolve and grow as a filmmaker, watch more films, and also make more films. But right now, I guess it would be Gasper Noe, Jaques Audiard, and Xavier Dolan – they’ve been on the top of my list for a long, long time!

Can you share any standout memories from your time at MetFilm School?

I remember reading a logline from another Egyptian film director that looked a lot like CAI – BER one day, and they were going to production before me. I felt so upset, as though by shooting my project after theirs, everyone would think I had copied them. I thought about letting go of my story, but my tutor saw me and asked what was wrong.

When I told him, his response was, ‘If you’re honest and real towards the story, then go and tell it. No one would every say it’s copied if it’s from your heart’.

I will never forget this advice. I made CAI – BER, and won the El-Gouna Star Award for Best Arab Film at the El Gouna Film Festival, the leading film festival in the MENA region. I’m so glad I didn’t change my mind.

Finally, what piece of content has inspired you lately – and why?

EUPHORIA! I can’t get enough of it. It has all the conventions that inspire me as a filmmaker – it’s concerned with generational depression, complicated family relationships, and the impact of drugs, all of which are elements that I love to work with.

I’m actually working on a limited series that is influenced by a bunch of great series, and Euphoria is top of my list…