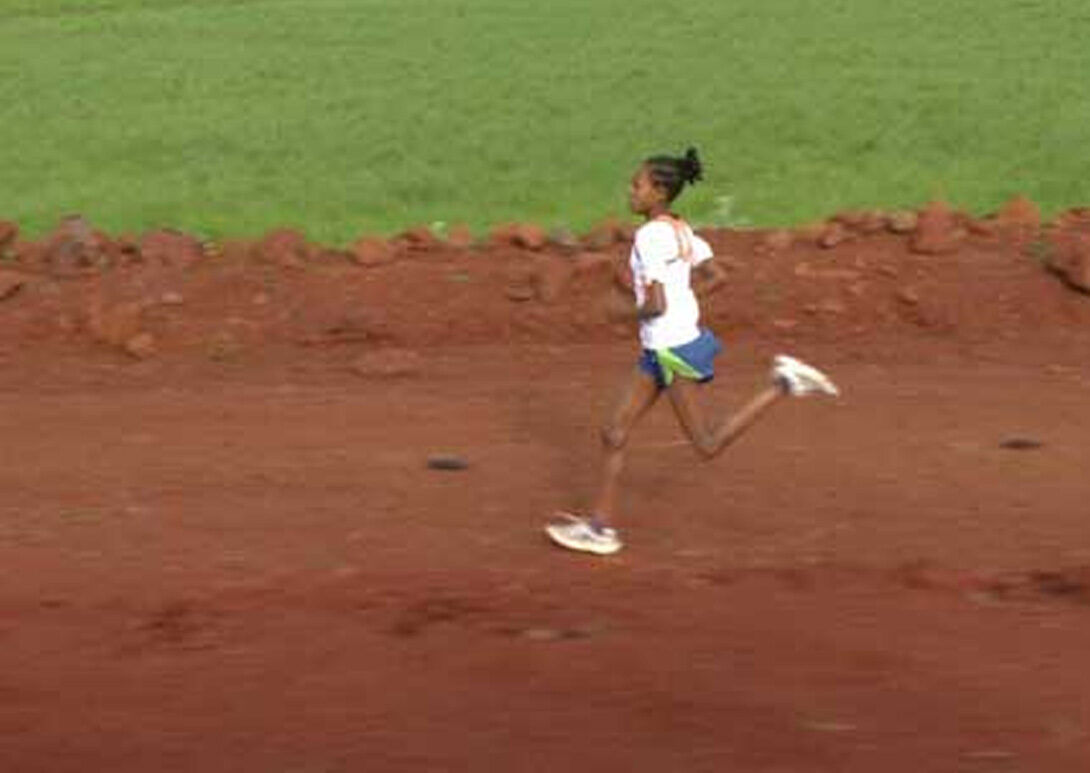 Dan Demissie’s film Town of Runners launched in UK cinemas on Friday April 20th 2012. The film tells the story of two young girls, living in the rural town of Bekoji in Ethiopia, as they try to run their way to a different life.  Narrated by their friend Biruk, it follows their highs and lows over three years as they try to become professional athletes. Through their struggle, the film gives a unique insight into the ambitions of young Ethiopians living between tradition and the modern world.

The initial idea for Town of Runners was formed a few years ago when Dan Demissie was studying on Met Film School’s One-Year Practical Filmmaking programme. A few months later, whilst Dan was interning at Met Film Production he pitched the idea to Al Morrow, our lead documentary producer. Four years on, following an Olympian effort, Al and Dan have successfully produced the film in close collaboration.

Town of Runners is directed by Jerry Rothwell (Deep Water, Heavy Load, Donor Unknown), and post-production was completed in-house at Met Film Post. This project sums up Met Film School’s mission, as it is a true example of the blurring of boundaries between film education and industry.

This week the film screened at Barcelona Sports Film Festival, and won the award for “Premir el major Reporta” (Best Reportage -Coverage) with Jerry Roddwell accepting the accolade from Julia Perns, director of the Barcelona Olympic Fund.  The film originally premiered at last year’s Tribeca Film festival and has enjoyed rave reviews, with Total Film noting that “In an Olympic Year, here’s an inspirational reminder of what it’s all about.”

Met Film Production’s documentary Town of Runners has helped raise funds to develop Bekoji’s library as an internet resource for the town.  Working with partners Bekoji Youth and Sports Office, the Tesfa Foundation, Ethiopia Reads and Running Across Borders, the film’s producers wanted to use the documentary to support oppurtunities for young people in the small town at the heart of the film.

A computer lab with internet connectivity was installed and the quality of resources were vastly improved, inspiring a hub of education and learning for the next generation in Bekoji. Using Town of Runners to kick-off fundrasing, this project was also made possible through the Sundance and Bertha Foundations and it doesn’t stop there!

A group of children from St Barnabas School in Oxford are participating in RunJericho to help raise money to sustain the library again this year- if you’d like to donate towards this race, please visit the donation site. The library is now a main focus for other aspects of the outreach programme, including athlete education and coaching training.  Money raised has already gone onto fund 12 athletes and 3 assistant coaches.

Watch the trailer for Town of Runners, directed by Jerry Rothwell and produced by Dan Demissie.