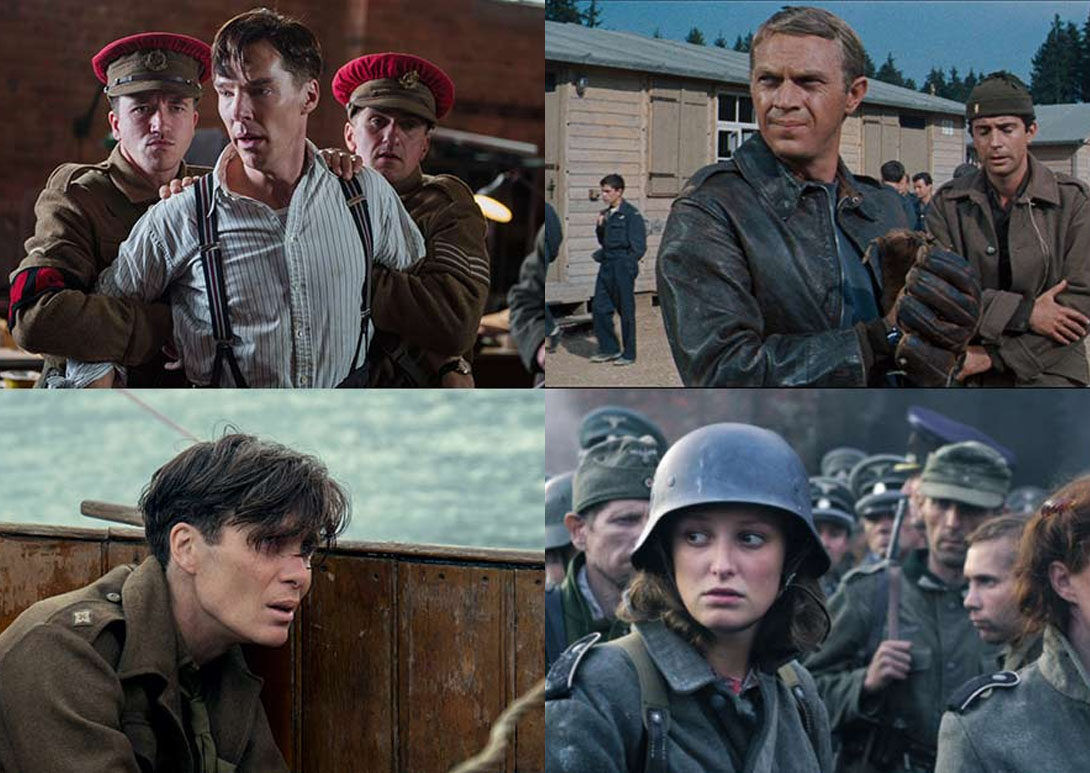 VE Day is nearly upon us so we put our heads together and came up with our top film recommendations to entertain and enlighten you in the run-up to the 75th anniversary of Victory in Europe, on Friday 8 May 2020. Our top picks include British classics, box office hits, old familiars, non-traditional choices and one from the German point of view.

“I know the national celebration for the 75th anniversary of VE Day is going to be somewhat different to what most of us expected, I don’t think a global lockdown was on anyone’s horizon. But, with the ability to watch almost any film we want to see these days, we thought we’d share what we consider the best WWII inspired films to watch while staying at home this bank holiday weekend. It was a tough job.

Narrowing the selection down to just 9 (plus two noteworthy shorts by a couple of our graduates) was really difficult, but I think we’ve come up with a cracking selection.” Jonny Persey, Director, MetFilm School.

Below are our top WWII film recommendations…

First up is Darkest Hour, starring the Oscar-winning performance of Gary Oldman as Churchill, alongside Lily James and Kristin Scott Thomas. Filmed partly at Ealing Studios, the film depicts Churchill taking command of the British government during the conflict with the Nazis after the resignation of Neville Chamberlain, and how he achieved this to help British troops evacuate Dunkirk. Thoroughly moving, it shows the leader of our country facing up to difficult decisions for the good of his people.

With Keira Knightley and Benedict Cumberbatch, The Imitation Game shows a very different side to the war. During World War II, the English mathematical genius Alan Turing tries to crack the German Enigma code with help from fellow mathematicians. This filmed gained a number of Oscar nominations and has continued to be a classic example of a WWII movie.

Starring Tom Hardy, Kenneth Branagh, Mark Rylance and Harry Styles, this epic film depicts one of the most famous rescue missions of the war, when allied soldiers from Belgium, the British Empire, and France were surrounded by the German Army, and evacuated during a fierce battle. Operation Dynamo takes place across land, sea and sky, as Christopher Nolan focuses in on specific people and their struggle to evacuate or help those trapped on the beaches.

One of the most exciting adventures ever told, this classic conveys the planning, execution, and aftermath of a daring true-life escape from a German prisoner-of-war camp during World War II, in which 250 men attempted to tunnel their way to freedom. Starring Steve McQueen, James Garner and Richard Attenborough.

Bridge On The River Kwai

This 1957 film won seven Oscars and is known as one of the most culturally important films of all time. Showing a very different side to the Second World War, as British prisoners of war (POW) are forced to build a railway bridge across the river Kwai for their Japanese captors. Starring Alec Guinness, Jack Hawkins and William Holden.

Starring John Wayne and Robert Mitchum. The Longest Day depicts the story of the events of D-Day on a grand scale, from both the Allied and German points of view. A number of D-Day participants were involved in the making of the film, with some of them even having their roles reenacted by actors. The film won two Oscars for cinematography and special effects.

Downfall is a powerful and harrowing film and one of the very few told from the German point of view. Traudl Junge, the final secretary for Adolf Hitler, tells of the Nazi dictator’s final days in his Berlin bunker at the end of World War II.

The Boy in the Striped Pyjamas

Shown through the innocent eyes of Bruno, the eight-year-old son of the commandant at a German concentration camp, whose forbidden friendship with a Jewish boy on the other side of the camp fence has startling and unexpected consequences. The film stars Harry Potter’s David Thewlis and young Asa Butterfield.

Directed by Gillian Armstrong and starring Cate Blanchet, this film tells the story of the exploits of a woman in Britain’s Special Operations Eexcutive, who joins the French resistance during World War II to rescue her Royal Air Force boyfriend who is lost in France.

Carrying The Light, by Guy Natanel

A documentary film following Rabbi Jonathan Wittenberg on his symbolic walk from Frankfurt to London. Joined by his dog Mitzpah, Jonathan carries the light from his grandfather’s synagogue to his own community. Passing through picturesque German Rhineland, Jonathan explores faith, politics, and memory, inspired by, and inspiring those he meets along his journey.

Auschwitz On My Mind, by Assaf Machnes

Following Roy, a 17-year-old Israeli boy, hoping to win the affection of a girl in his class while they both travel in Poland with their school between Holocaust memorials and death camps.

Watch the trailer for Auschwitz On My Mind