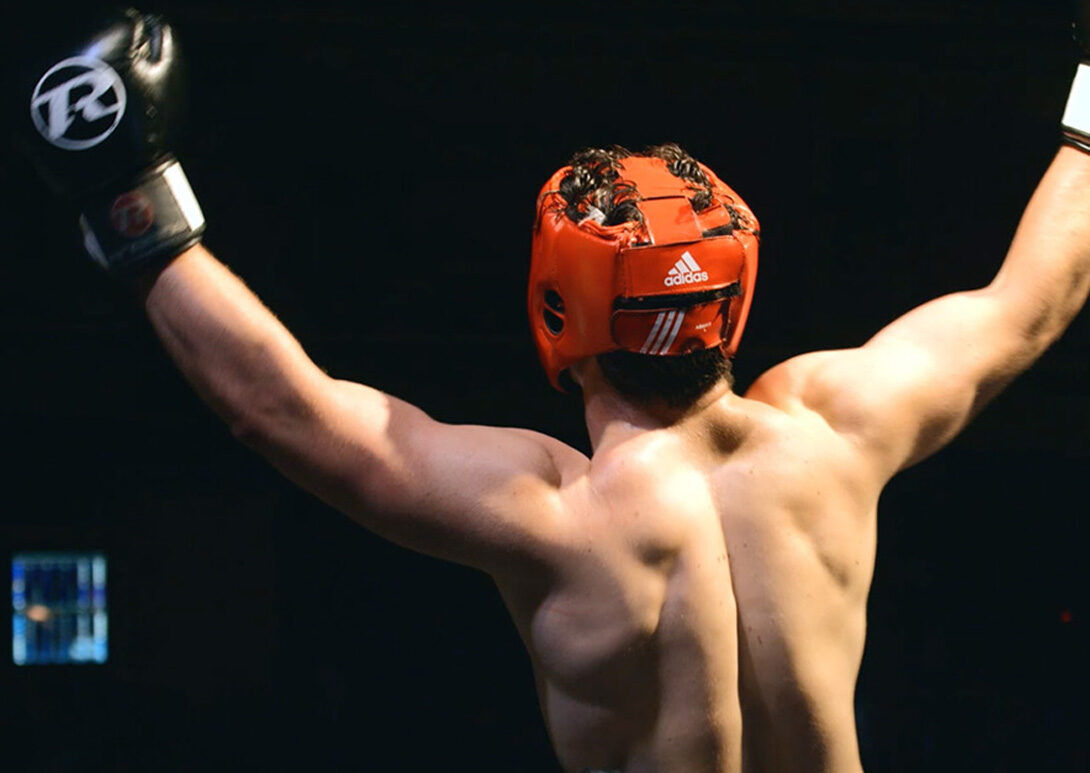 BA Practical Filmmaking graduate Theo Jessel has much cause for celebration this month after securing the release of his debut short documentary, The Stocky Broker, which he made during his second-year Factual Module here at MetFilm School. The film is available to watch through popular YouTube channel FreeDocumentary, and has already received 8000 thousand views and much praise from viewers. Not only that, but Theo has secured a Masters place with our friends the NFTS next January, where he’ll continue specialising in Documentary filmmaking.

The Stocky Broker explores the journey of Theo’s old friend and London stockbroker, Al Smallwood, who decides to forgo his social life in favour of training for his first white-collar boxing fight. The documentary closely follows Al while he endures a ruthless training regime, before facing an unknown opponent in front of a large public crowd – all whilst maintaining his high-pressure job. 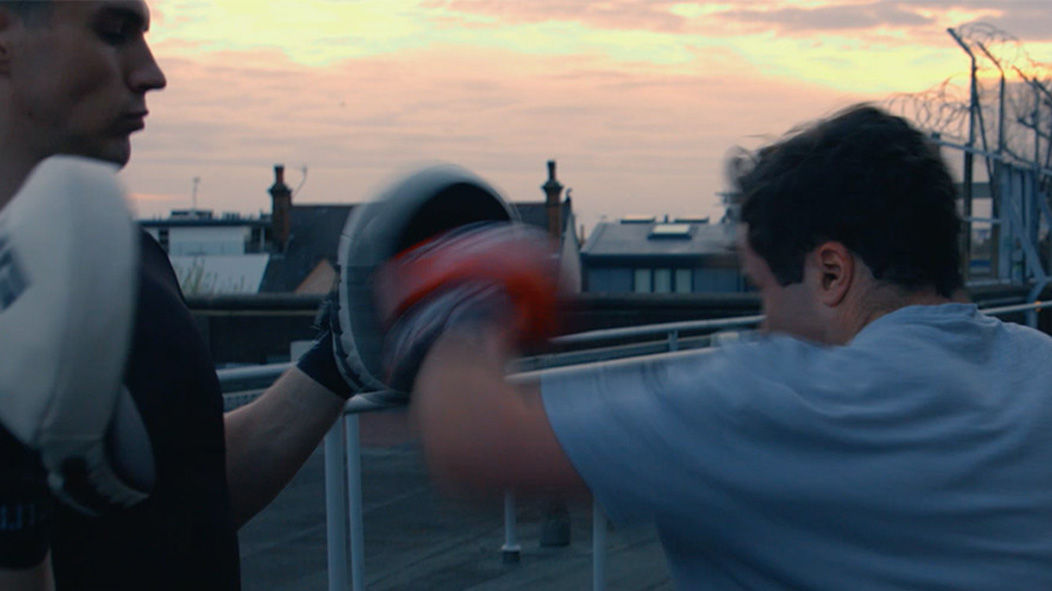 You capture Al’s journey in great detail – did he have any hesitancy to have his story documented?

Having history with Al meant we were comfortable together and there was a level of mutual trust. Al wasn’t hesitant at all; he saw it as an opportunity to raise his profile for his charity fundraising. He’s now doing marathons, triathlons and expeditions, all for great causes! I hope the release of the film can help him with all that.

It was interesting to see so many excited spectators at the weigh-in and fight– what do you think is the appeal of white-collar boxing?

The premise for these shows is that the fighters themselves attract the audience who pay to see them fight, so spectators are a mix of friends, family and ‘the office’. The atmosphere is rowdy and theatrical. In many ways, it’s more like being at a gig than a sporting fixture. As Al’s opponent, Anthony Thompson, says in the film: “the whole thing is quite gladiatorial”. I think this is a reflection of the crowd, not the fight.

Was Documentary already a passion of yours prior to the shoot?

It wasn’t actually, and neither was directing! When I first started to develop the project, I actually planned on producing it. After a while, no director came forward and I felt comfortable enough to throw my hat in the ring and give it a go. I was fortunate to have a small but incredibly talented team around me, including fellow BA students James Allen, Josh Barnett, Max Brunner. I’m incredibly grateful for their support. Through making the film we formed a strong bond and have continued to work together.

The module gave us the freedom to go out and make what we wanted without a clear idea of where the film would lead, but that’s what I now love about documentaries – you figure it out along the way. 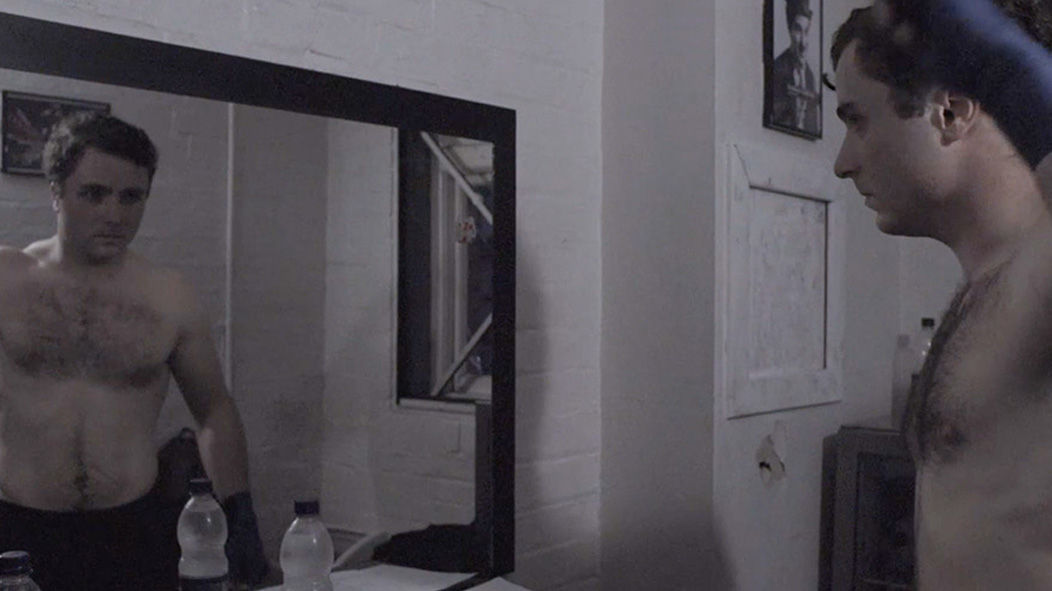 What for you makes an effective piece of factual content?

Sometimes you find a cracking story or uncover a new world, but I think you have to believe that you can make a documentary on just about anything. Even subjects that, on the surface, are not that exciting. Errol Morris’s Gates of Heaven is a testament to that. I particularly appreciate any content that has an individual perspective and challenges preconceived views or assumptions. I find a filmmaker’s passion for their subject infectious, so if you feel that passion through their film they’re usually on to something.

Are there particular tips that you would recommend to others interested in documentary filmmaking?

I’m not sure I’m qualified to answer that, but I can say that studying at MetFilm School gives you the opportunity to learn and experience a range of Film & TV. Understanding and appreciating the merits and limitations of different formats is vital when developing a project. If you enjoy watching documentaries and want to make them, chances are you’ll make short documentaries first. Short documentaries are their own art form, not just shortened versions of a feature. I’d recommend watching as many as you can. Over time you’ll start to think in that frame of mind when you come to make one.

Finally, what key learnings will you be taking from your time at the School on to your Masters in January?

The idea that the more you put into a course, the more you get out. Generally, the students at MetFilm School who threw themselves into each and every module were the ones who enjoyed themselves the most and developed more as filmmakers.

I’d also say that I’ve improved my ability to contextualise advice and criticism. If the advice is from someone who fully understands and appreciates the vision, then it can be incredibly valuable.

Watch the trailer for The Stocky Brocker here