Standing Out: Masterclass with Writer and Director Amma Asante 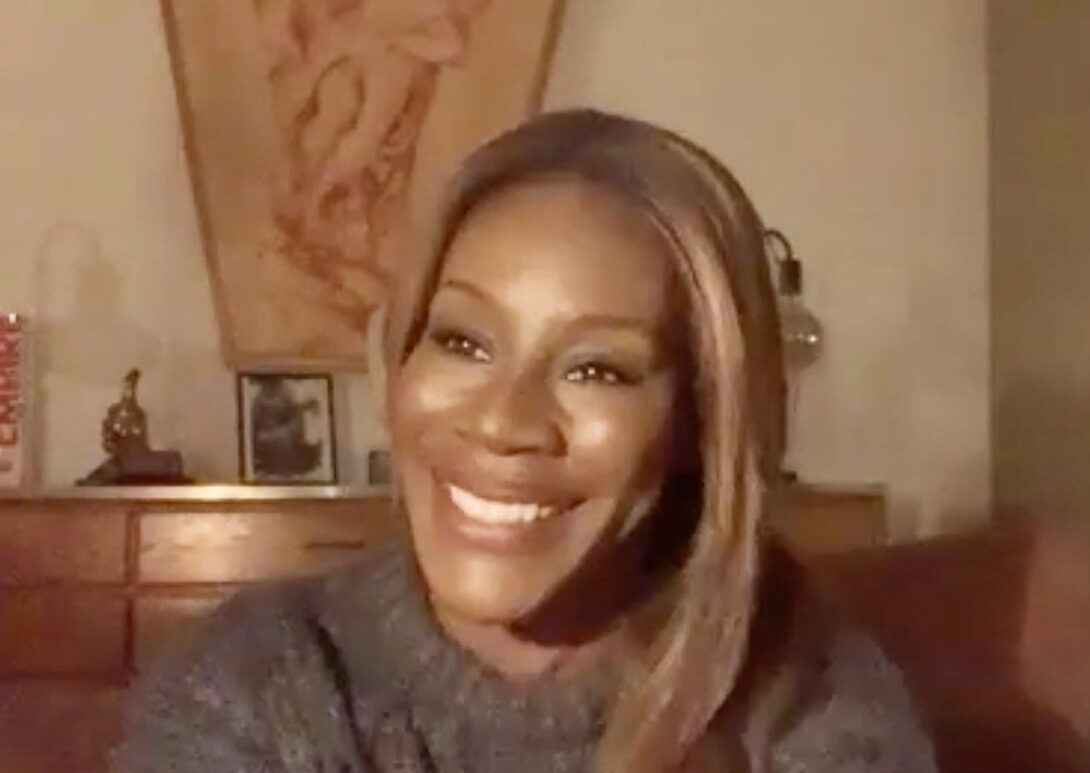 This month, we were thrilled to welcome award-winning writer and director Amma Asante MBE for an inspiring masterclass conversation with our students. Amma’s directing career began in 2004 with the release of A Way of Life, which immediately earnt her a BAFTA for Outstanding Debut by a British Writer, Director or Producer.

Subsequent films Belle and A United Kingdom were released to critical acclaim and saw the Filmmaker collaborate with stars such as Gugu Mbatha-Raw, David Oyelowo and Rosamund Pike. Most recently, Amma has returned to her small-screen roots, directing episodes of The Handmaid’s Tale and Mrs America.

I didn’t come from a particularly creative family, and very early on my father, who was an accountant, realised that I was creative but quite shy. He wanted to help nurture my interests and talent so he enrolled me at a Stage School where I could complete my academic studies as well as Drama – but I hated it. I didn’t enjoy being on stage or in front of the camera, and if anything, it made my shyness worse! It was here that I was cast for Grange Hill and where I discovered the importance of storytelling and the impact it has on viewers.

WRITE FROM A DIFFERENT PERSPECTIVE

I’ve always had this feeling that we have to reframe what it means when we say “write about what you know”. In many ways I did write about growing up in South London and with many of the experiences that I had, it’s just that I put them in Wales and set them from the opposite perspective to mine. In my debut film, A Way of Life, on the surface it doesn’t look like it relates much to my life at all, but at its very core there are aspects which do; for example, the neighbour was actually based on my dad.

When approaching filmmaking, I think we can all ask: How can we be less clichéd? How can we be more challenging to ourselves? How can we approach a subject that we find important and interesting, but perhaps take a different perspective on it? This helps us to grow as creatives but also grow the complexity of the storytelling.

BE TRUE TO YOURSELF

Whatever our background we are all at the intersection of something. For me it’s being black and female. As artists we do often feel like outsiders and it’s one of the reasons we want to be able to tell stories. There’s a constant feeling of trying to be put in a box that we don’t fit into. On a daily basis I still feel people are trying to define me, and this is the case as my career grows. It is part of what drives me. I feel that with every film or TV show that I complete, I grow a bit – sometimes a lot. That can be scary and challenging, but also really exciting as well. People may wish to define you, but the question is: are you going to let them?

BUILDING A PLATFORM AS AN ACTOR

There are many platforms for you to build up your relationships. You might be taking a role as an Extra in a movie, but make sure you’re also doing other things where you can platform your talent, such as short film or theatre work. Find your calling cards. Invite casting directors to things too; many love to come see new talent. When you do get the opportunity to sit down with a director for a role, you want to be to talk about a variety of things you’ve worked on.

WHAT I’M LOOKING FOR IN AN ACTOR

1. Someone who can take direction. When an actor comes in to read or sends me a self-tape and I send feedback via the casting director, I like to see a difference based on the notes I have given. How do they interpret notes? Also someone who has the ability to lose themselves. I don’t really want to see anything of the actor who sat down in front of me in the audition.

3. Finally, I’m looking for someone who can tell me something about the scene and the moment. For me, real storytelling is what goes on between the lines. I love an actor who can say one thing with their mouth, but they’re telling me a different story with their body language.

Creatively, the most important lesson is about taking care of yourself when you’re filming – getting good sleep, making sure you’re preparing. The more prepared I am, the freer I am on set and the more experimental I can be. That way, you’ll always have your shot list, for example, to fall back on.

From a practical point of view, [filmmaking] is about playing the long game. A lot of people stop right before that very moment where they’re about to turn a corner. The next person you send your short or audition tape to might be the one who might make the difference. You might need to have more than one job away from what you want to specialise in, but the longer you keep at it, the more chance you have of success. There is a champion out there for everyone.

Watch the recap of our Masterclass with Amma Asante