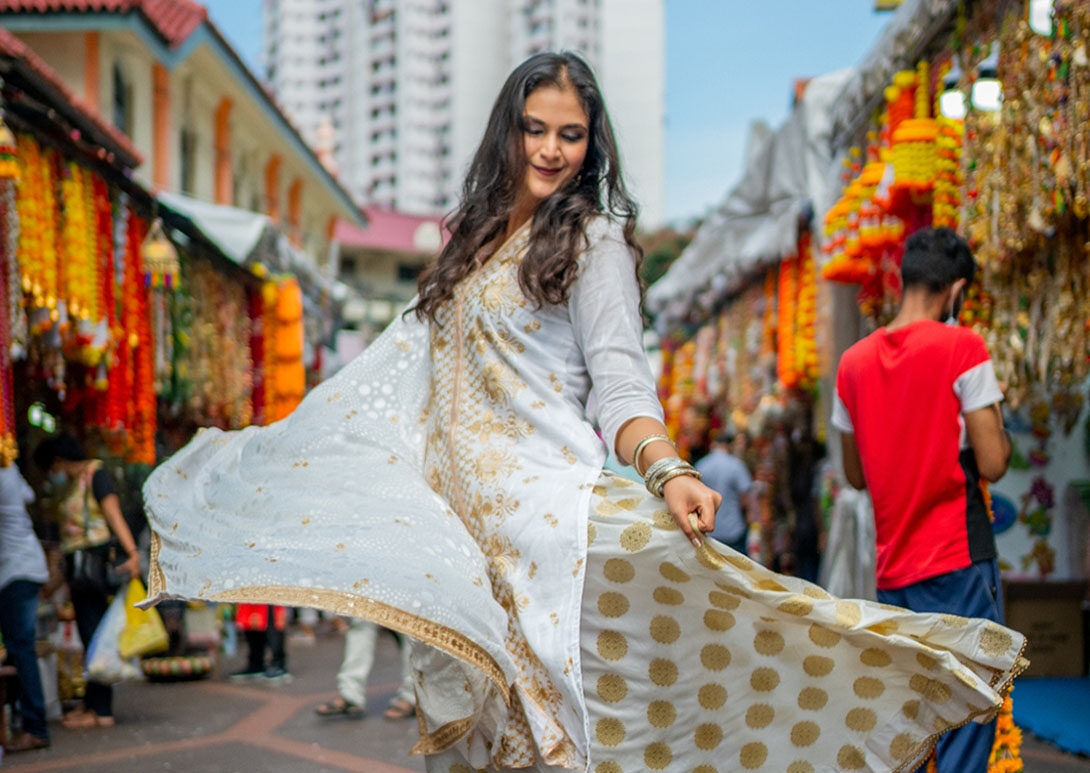 According to Shivani Desai, who completed our Acting for Film Level 1 course at MetFilm School London, community is everything.

‘For an acting career that is sustainable, healthy, and joyful,’ she explains, ‘actors have to understand the value in finding their tribe, and in turning to their community for support’. This is one of the main ambitions behind the community she has built on Instagram, @itsshivanidesai, where she works as a Business Mentor for actors, helping them to understand and thrive within the industry.

In today’s blog, we spoke to Shivani about what first drew her to the craft, the skills she learnt from her time at MetFilm School, and the motivations behind her Instagram community…

Did you always want to be an actor? What brought you to this career path?

No, I didn’t. Growing up, I was often told by my parents that I’d make a great writer, or an excellent lawyer – probably because I was always talking back!

It wasn’t until the age of 16 that I realised I enjoyed movies more than the average person. Movies are incredibly well-loved in South Asian culture, and my family was no different. While other kids my age enjoyed Disney and Nickelodeon, I indulged in as many Hindi films as my toddler brain could handle.

And then at 16, I had an actual cartoon lightbulb moment – an epiphany that I just absolutely loved acting, and all of a sudden, everything made sense! I like to believe that my career path was laid out for me from a young age – it just took me a couple more years to come face to face with who I was meant to be.

How did your time on Acting for Film Level 1 help to develop your skills?

Acting for Film Level 1 was my gateway into formal acting training. What I really valued from the course was that, although the focus was acting, students were encouraged to take on different roles, such as boom operator, camera assistant, or continuity supervisor, which helped us to understand that it truly does take a village for a film to come to life.

One skill I still use in my everyday career is script analysis – no other class has broken down the process so effectively! But more than the practical skills, the most poignant thing I took from my time at the School was the sense of community.

I was incredibly lucky to have found myself in the midst of like-minded creatives in my class. We were an eclectic bunch from different parts of the world – Bulgaria, Russia, Pakistan, India, Israel, Wales, Sweden, the US, Singapore… Each of us brought a unique creative and cultural perspective to the table, and we all still stay in touch and support one another’s endeavours!

Having tried your hand at multiple formats, do you have a favourite style to work in?

I definitely enjoy doing film and television the most! There’s no doubt that commercial work pays well. and I’ll never allow my ego to get in the way of accepting such work. But like many other actors, I don’t find it as creatively fulfilling as getting to sink my teeth into an intriguing character.

On a practical level, I love the in-built advantage of reworking that film and television offers. As someone who has struggled with anxiety from a young age, the ability to do retakes offers me comfort and takes the pressure off of ‘getting it right’ first time. But that’s why theatre challenges me more. There are no retakes on stage.

The liveness of theatre is unmatched, and it is this very quality that distinguishes it from other formats. Theatre truly strips you bare – it’s beautifully terrifying and terribly beautiful to explore a space like that.

You’ve also built an Instagram community, sharing acting tips and guidance. What inspired you to start this project?

I’ve never felt more lost in life than when I was trying to enter the entertainment industry, and I believe that the biggest culprit here is the gatekeeping of information.

As I fell down a rabbit hole of researching where to find auditions, how to get an agent, what an acting resume should look like, I felt frustrated that it took so much rigorous research to get those answers. Nearly every other ‘conventional’ profession in the world has a clear, standardised roadmap for career progression. Why should it be any different for actors and artists?

My acting community on Instagram is my contribution to abolishing the gatekeeping of information in the entertainment industry. I want new actors to have access to the resources and information that I fumbled around to discover in the infancy of my career.

As a Business Mentor for actors, my primary goal here is to transform new actors struggling to understand the basics of the industry into kickass working actors with strong business acumen.

Finally, what has been the most rewarding experience of your career so far? And what would be your dream role in the future?

The past year has been instrumental for me, in that I’ve auditioned for projects filming around the world! Having spent the better half of my teenage years binge-watching show after show, it’s kind of unreal to audition for a Netflix series in India, a pilot filming in San Francisco, a web-series in Los Angeles… I love that I’ve developed so much as an actor that I’m booking work in markets I don’t even live in!

As for my dream role – I’m a big fan of the romance genre. Growing up, I hardly ever saw brown-skinned women as the romantic lead in English language movies. Don’t get me wrong, I love When Harry Met Sally’s and Pretty Woman’s, but only seeing Indian people on screen as the nerdy sidekicks or comic relief programmes you to believe anything else just isn’t a possibility.

I do think that the industry has evolved, and shows like Bridgerton are changing the game and championing South Asian representation. But we’ve got a long, long way to go. I’d be thrilled to have the chance to be someone who young South Asian girls around the world could watch on screen and be inspired by.