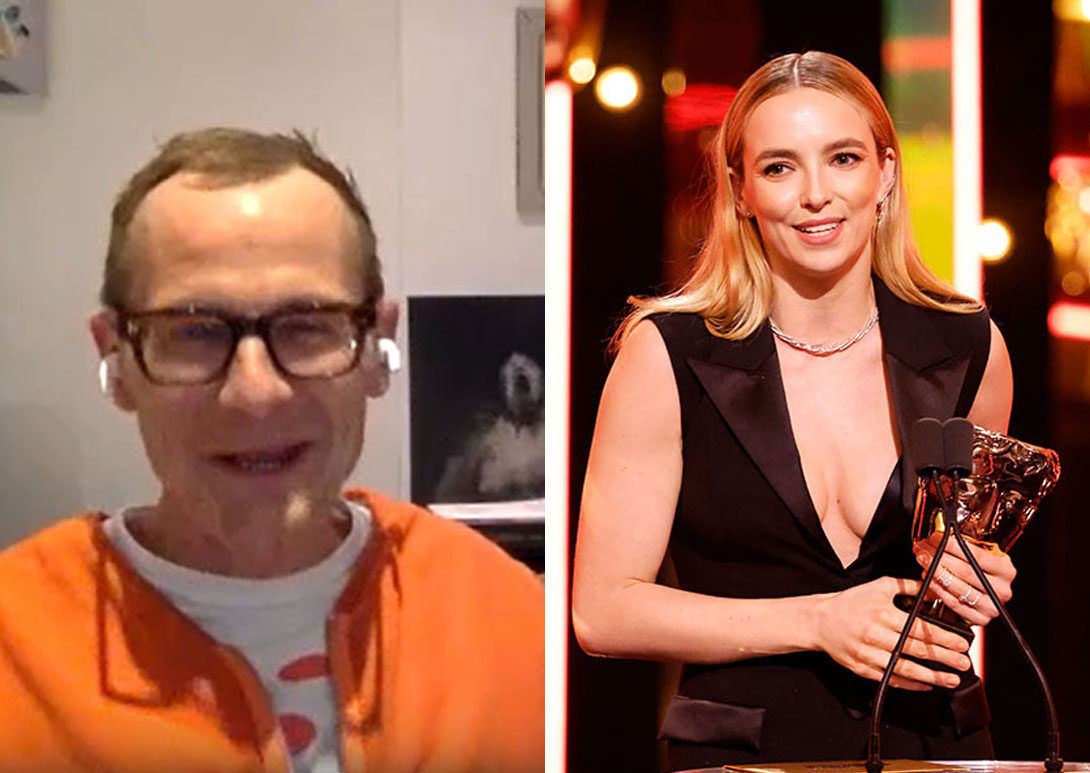 At last night’s BAFTA TV Awards, we celebrated some of the best television of the last year, and the cast and crew who brought the stories to life. We were especially excited to see two major wins for Marc Munden‘s Help, with Jodie Comer picking up Leading Actress, and Cathy Tyson winning Supporting Actress. The show also starred Stephen Graham, who was nominated for Lead Actor at the awards.

Help is a Channel 4 feature-length episode exploring the impact of Covid-19 specifically in care homes. Written by Jack Thorne, who is known for projects including This is England 86-90 and The Aeronauts (2019), and who has previously worked with director Marc Munden on the 2016 series National Treasure, the project follows Sarah (Jodie Comer), who works in a Liverpool care home at the start of the pandemic in March 2020.

In celebration of the project’s success, here are our top takeaways from our 2021 MetFilm School Masterclass with Help‘s director and three-time BAFTA-winning director, Marc Munden…

Throughout our Masterclass session, Marc referred to ‘the grammar of Help‘ as something which he spent a lot of time planning and preparing for. But how can a visual project be grammatical? This is how Marc described the grammar of a project:

‘It’s about how the drama is put together. What are you urging the audience to concentrate on at any one time? It will differ for each piece you create.’

In terms of Help, the grammar began with the home invasion genre. Stephen Graham and Jodie Comer, looking to work together, approached writer Jack Thorne. By the time Marc was sent the script, it was easy to imagine Covid as a silent, invisible invader against a girl, alone.

From this initial theme or genre, here provided by Thorne’s script, Marc begins to question the grammar: what tropes or styles do these films use to engross the audience in the drama? Which of these could serve to elevate the themes and drama of Help – and, more importantly, which could be turned on their head and used in a way that the audience wouldn’t expect to work?

The home invasion genre is a suspenseful one, and a lot of this comes from the unknown, the unseen. To create this same atmosphere in Help, Marc used extended single shots, and kept his camera focused on Sarah’s perspective as much as possible. We often see Sarah in close-ups, whereas other characters, such as the police, are rarely more than heads or upper bodies. This leads us to our next takeaway from the session, where Marc spoke about ‘depriving your audience’.

‘My worry [with Help] was that it might be too emotional, and that if it got too emotional, then the audience’s critical or political awareness might be skewed. I wanted people to be angry at the end, when that call is still going on, so I felt that you had to temper the emotional response of the audience, in order to let the injustice of it all come through.’

What Marc explains here is a common struggle for creatives, picking and choosing which elements your audience needs to see to understand what you are trying to say. Writers use the phrase ‘kill your darlings’ to describe the process of removing unnecessary plotlines or characters that you have grown too attached to, and in a way, the same occurred for the sentimentality of Help.

Going into more detail about what this meant, Marc spoke about the sound design. Longer takes of Sarah sobbing were cut, while the spray of a hand sanitiser was kept in. The sound of the shower continues against dialogue between Tony and Sarah, but it is only a couple minutes into their conversation that the camera pulls back to reveal Sarah, in pieces behind the curtain.

These decisions are purposefully made, and each choice to not show something or someone to the audience helps to build toward the final message.

Watch Jodie Comer and Stephen Graham in a scene from Help

Considering the grammar of your film, or thinking about how to give your audience ‘less’, might seem like strange advice from a BAFTA-winning director. But the reason they work, especially in Help, is because they are kept in careful balance, pushing the cast, crew, and even the material, to their limits, without ever going too far.

This idea of balance is one which Marc spoke about in terms of directing his cast. His process has always relied heavily on rehearsal time with his cast – he expanded on the importance of this:

‘It’s a way to allow the actors to make mistakes, take risks, and to fail, all in the privacy of a rehearsal room, where it’s just me and them. They can really experiment with how the characters should be played.’

And yet, Marc admits that Help was probably his most improvised project yet. The emotionality of the piece meant that the actors needed to really capture the people they were playing and, as Marc adds, ‘there’s just something really difficult about getting a totally naturalistic performance when actors are rigidly sticking to their scripts’.

Go behind-the-scenes of Help in this video, which compares the finished scenes to their rehearsal room beginnings….

A couple of quick tips from Marc…

1.     Finding good collaborators: ‘You want people to inspire you, and to surprise you, but at the same time, not to go off in just one direction. You want to be able to have a dialogue with them all the time.’

2.     Asking for what you want: ‘You’re always going to be asking for stuff that [production companies] don’t want to give you. If you’re not asking and pushing for those things, within reason of course, then you’re not trying hard enough.’