Morocco to Paris to Berlin: MA Cinematography with Kenza Tazi 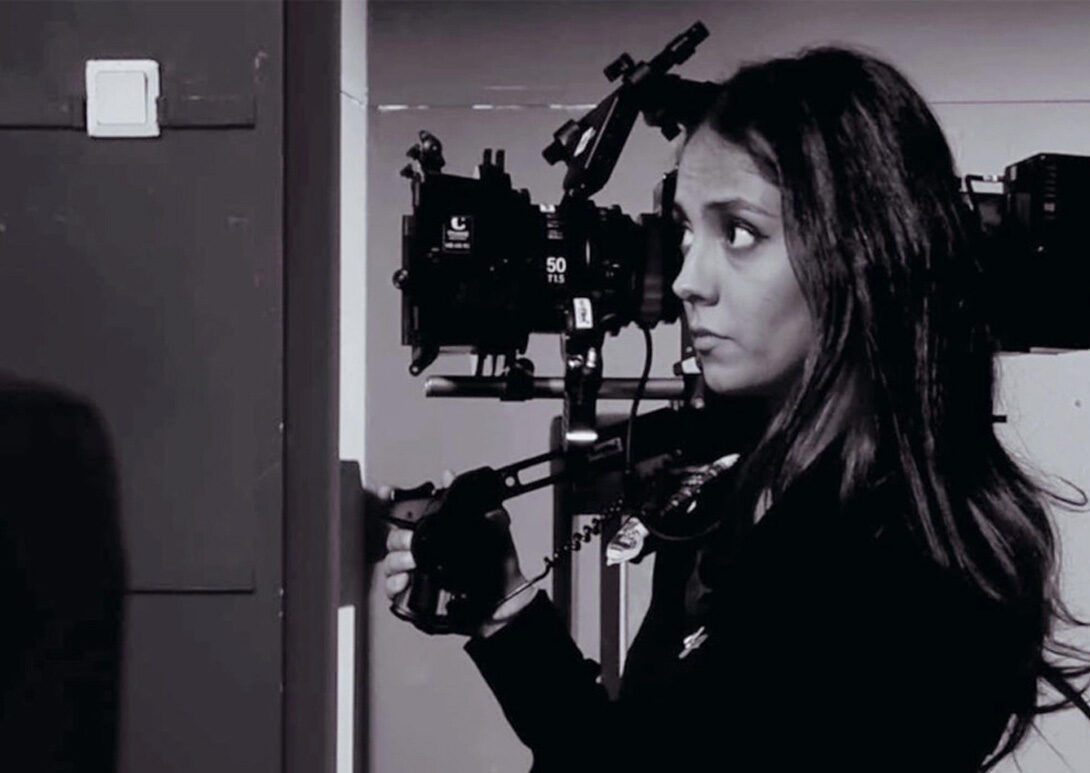 Before joining our MA Cinematography course at MetFilm School Berlin, Kenza Tazi was no newcomer to the world of film. While completing both a Double Bachelor’s in Cinema and Management, and her first Masters in Cinema and Audiovisual in Paris, she took advantage of being in one of the film capitals of the world through internships and work on features and French series’.

These roles ranged from Assistant Cameraperson placements for A.T.A. Productions, to Stage Management Trainee for Les Films du Kiosque, working specifically on Julien Rambaldi’s feature The Women of the Square.

After five years in Paris, Kenza decided to move to Berlin, searching for a more practical way to hone her skills in the industry area she had discovered a true passion for: cinematography. Now, in the final months of her degree, Kenza spoke to us about her time at the School, and what drives her passion for film.

When did you realise your passion for cinematography?

Cinema has always been a medium of communication for me, a way to express myself. Coming from Morocco, where the illiteracy rates still remain around 32%, cinema is a great way to express ideas, open debates, and exchange opinions.

More specifically, I’ve always been interested in how to express emotions through framing and lighting. This may seem cliché, but I truly believe in the idea of ‘a picture is worth a thousand words’. Cinematography is the art of transferring emotions and feelings through images.

Can you share any tips from the internships you completed in Paris?

The internships I completed in Paris really helped me to realise how life on set can be very stressful – things go so fast that you don’t have the time to be slow or wonder about what you’re supposed to be doing. I think it’s really important to be on professional sets, because it trains you in professional behaviour.

Everything is well-organised and planned, and this was a very important part of my internships. Moreover, it was during these placements that I learnt the most and the fastest. They were great experiences that will always serve me.

What inspires you as a filmmaker?

Seeing cinema as a medium of communication makes me go towards engaged cinema in particular. I really appreciate movies and subjects that depict or criticise a certain reality, and which use the seventh art as a way to put light on these subjects.

As an aspiring cinematographer, I also really enjoy subjects that allow me to go as abstract as possible with the lights and image.

Having lived in Morocco, Paris, and Berlin, how have these different locations shaped your views on film?

These cities are all culturally very different, and this has brought me a sense of open-mindedness for sure. However, I must say that Berlin is the one where I found the most diversity of genres, styles, and work. The film industry in Berlin is very challenging because of its plurality. Morocco’s feel is very specific, and France is similar, but Berlin has the ability to give and create any aesthetic look.

Previously completing a Double Bachelor’s in Cinema and Management, what drew you to this MA Cinematography course?

After five years learning the theories of cinema and having a really theological background, I needed a practical course. MetFilm School is one of the only schools that offers a really intensive and practical course in only one year. It’s a very intense year where you get to shoot a lot, practice a lot, learn by doing, and above all try out different aspects (commercials, narratives, stock shots…), to really get to know and understand what you’re interested in.

What would you say is your top takeaway from your time at MetFilm School Berlin?

This year was above all my expectations. I really got the practical side that I needed. We got to work with amazing tutors who are great professionals, and we shot many short films, too.

My top takeaway would definitely be the lighting workshop. This workshop put us in a situation where we had to create different moods and feelings (for example, a cloudy day, nighttime, dusk and dawn…); by the end of the workshop, I felt that I was capable of attacking any situation with full confidence.

Finally, if you could create anything, with no restrictions to budget or time, what would your dream project be?

I’m currently developing a period piece short film that takes place in Morocco, in the hopes of expanding it to a feature length – which is a bit of a dream project! Another dream would be to work with Michael Haneke.