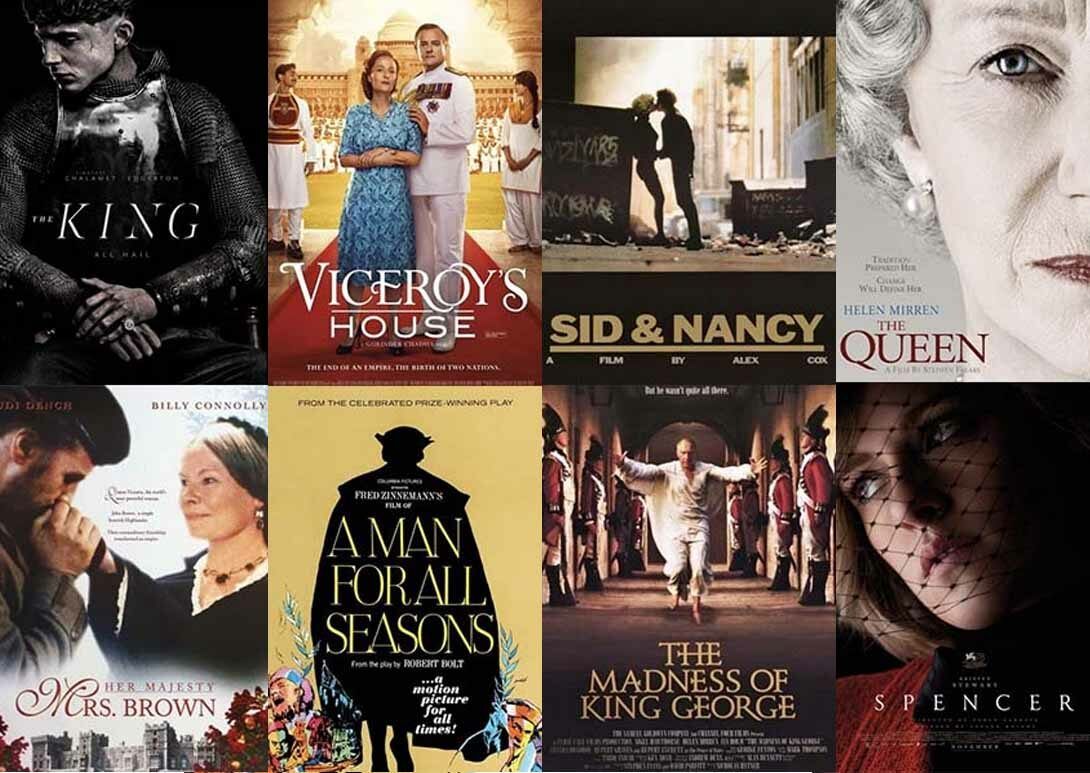 Love them or loathe them, the Royal Family in its various forms has been entertaining, enthralling and fascinating us for centuries. The British Monarchy’s catalogue of blood feuds, forbidden love affairs, wars, abdications and endless scandals has supplied material for the writers of every age. From Shakespeare’s thinly disguised commentaries on Elizabeth and James I respectively to Peter Morgan’s reimagining of the Royals as high-end Soap Opera in The Crown, the audience for these gilded dramas has never waned.

And now, as Elizabeth II, and indeed millions of Britons, celebrate her becoming not just the longest serving British monarch but the third longest serving monarch in world history, we take the opportunity to cast our gaze over some of the best Royalty-themed films of the first century of cinema. In no particular order, here are the top 10 picks to watch over the Jubilee weekend.

Given the intense scrutiny the modern day Royals find themselves under, it’s quite rare to find Elizabeth II at the centre of a movie narrative. Helen Mirren transcends as a Queen in semi-exile after the death of Diana, facing a crossroads in her reign and, more immediately, a beguiling stag that haunts her estate in the Scottish Highlands.  (IMDB)

A film in which the a King descends into ‘madness’ only to be retrieved from the abyss by a radical form of treatment. Gentle, funny, heartbreaking and sumptuous all at once, this is British period filmmaking at its finest.  (IMDB)

I confess to being on the fence about Timothée Chalamet until I gave this film a whirl. And it’s astonishing. His spindly, hungover, sad rendition of Prince Hal slowly morphs into something raw, timeless and utterly believable. Joel Edgerton and David Michôd’s masterful retelling of the ‘Henriad’ exerts a compelling, epic grip that makes it one of the best historical films since Gladiator. (IMDB)

Radical choice of director: tick. Young actress ready for super-stardom: tick. The rise of Elizabeth retold as The Godfather: tick.  A period film for all the ages. (IMDB)

Judi Dench cemented her reputation as one of the world’s most accomplished screen actors with this moving portrayal of a grieving Queen Victoria. But perhaps the film’s biggest surprise was the unexpected, nuanced performance of Scottish comedian Billy Connolly as the ‘commoner’ who encouraged her to return to public life.  (IMDB)

Kristin Stewart brings her own brand of sparkle and unpredictability to this intense, poetic take on Princess Diana. Whether Diana was really like this or not is sort of missing the point. Pablo Larraín’s film is a tightly wound character study of a woman unravelling under intense pressure and as a consequence plays out as much as a psychological horror as it does conventional drama. (IMDB)

One of three stage plays adapted for the screen on this list, The Lion In Winter brings together the titanic screen presences of Katherine Hepburn and Peter O’Toole for a heady dose of relationship fireworks. They really don’t make ‘em like this any more. Notable too for Anthony Hopkins making his screen debut.  (IMDB)

I was forced to watch this at school and was ready to write it off until the genius of writer Robert Bolt’s characters and the play’s moral conscience completely captivated me. A film as relevant now as it was when first released. Watch out for a late-period Orson Welles filling up the frame with his interpretation of Cardinal Wolsey.  (IMDB)

Since The Sex Pistols blew up pop music in the late 1970s, no Royal celebration is complete without an airing of their alternative jubilee anthem, ‘God Save The Queen’. And why not indulge, then, in the film that launched the careers of Oscar Winners Gary Oldman, Roger Deakins, maverick director Alex Cox and Working Title chief Eric Fellner? (IMDB)

If all this feels too much like Royalist propaganda, then cleanse the palate with Gurinder Chadha’s brilliant, bold dismantling of the accepted history of the Queen’s Uncle’s attempt at managing the Partition between India and Pakistan. Moria Bufini and Chadha’s masterful script weaves the political and the personal together seamlessly to challenge and confront the dissolution of the ‘British Raj’.  (IMDB)