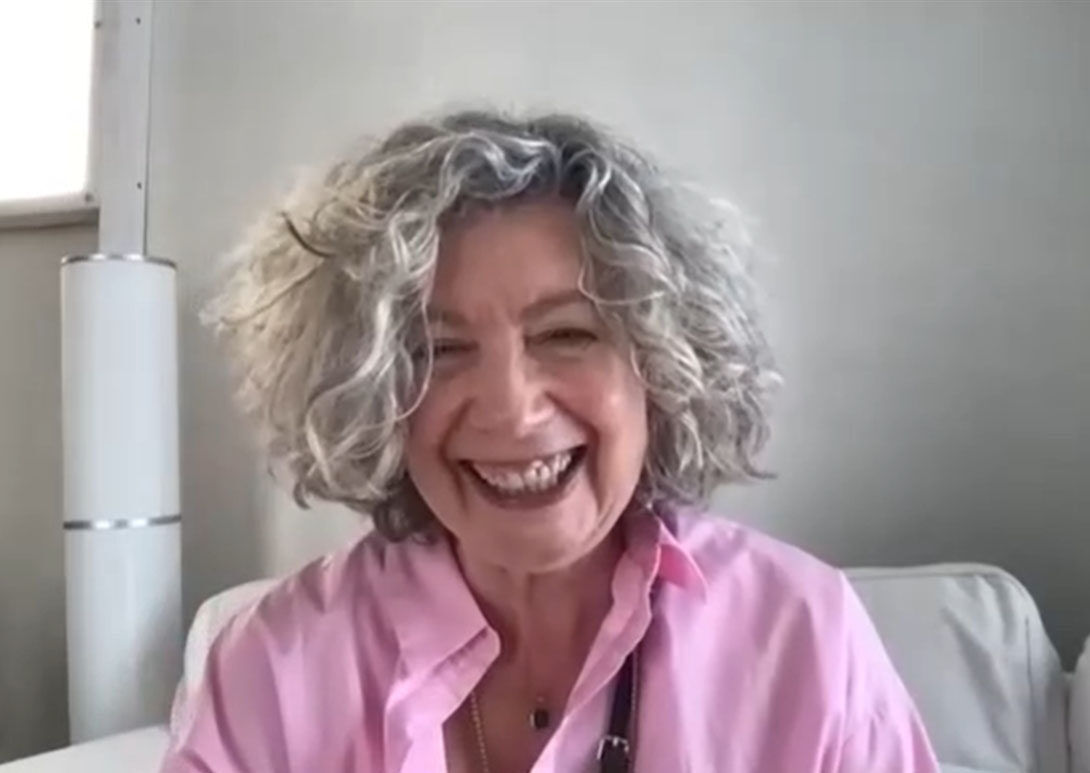 In the first of a new series of BFI x MetFilm School guest speaker sessions for our students, we spoke to Jill Taylor.

In a recent MetFilm School Masterclass, our students were lucky enough to hear from costume designer Jill Taylor, who has most recently finished work on the latest installment of the Mission Impossible franchise, Dead Reckoning: Part One. Known for extensive stunts performed by Tom Cruise, Jill joined the £2.9 billion franchise just nine weeks before filming began, an experience she described in one word: ‘crazy’.

Having worked on a range of genres and formats throughout her career, from My Week with Marilyn and Me Before You, to the 2006 fantasy-romance Penelope, Jill Taylor joined us to talk about what she’s learnt from her time in the industry, and to share her advice for costuming on a budget – an essential topic for our students as they begin to shoot their final Graduation Projects.

From the importance of costume design to the minefield of continuity, today’s blog includes the top tips and takeaways from our Masterclass with Jill Taylor…

The importance of costume design

People say that costume isn’t very important, but it is. For a start, if you don’t have the right costume, everything about the movie would feel wrong. And second, it’s the actors first port of call for finding their character.

A costume should always tell you something about the character, and this goes for both the audience and the actor. Whether it’s a super-suit or a pair of blue jeans, when an actor can visualise themselves outside of the script, they can begin to make more defined choices about how they will play their part.

Some actors will come to set with their own ideas for costumes, or items they’d like to incorporate into the final look. Other actors might go even further than the odd suggestion, Jill added, sharing stories about David Morrissey bringing his own moodboards and books to their first fitting.

Of course, on the other hand, some actors need more convincing for a certain costume. While Jill explained that she talks to the cast about what they’re comfortable (or uncomfortable) with wearing, and respects their wishes, there are also cases when actors might simply refuse to wear what they’re given.

‘I would say that 80% of my job is psychology,’ Jill said, emphasising how important it is for an actor to trust their costume designer. ‘I’m always very honest with them,’ she continued, ‘I enjoy their foibles, all their neuroses, the requirements they all seem to have’.

Liaising with other departments

A character’s costume, of course, does not exist in a world of its own. It is influenced by every other aspect of the filmmaking process. Will this colour clash with the sofa they’re sat on? How will this material react when it comes to stunt scenes? Is an actor tied to another franchise, and unable to change their hair?

To try and solve problems before they appear, Jill makes sure to chat with as many departments as she can when starting a new job, which helps her to understand how her ideas might interact with the hundreds of other visions on set.

One of the most important departments for costume to liaise with is production design, since they will create the ‘backdrop’ which either makes or breaks the costume. Jill shared an example of how these departments can work together in the case of Thea Sharrock’s Me Before You:

‘Emilia Clarke was this slightly outrageous character, and so we worked a lot with production design, because they wanted to mirror what we were doing with her clothes. All of that had to translate, for example, into her bedroom.’

The difficult world of continuity

We’ve all noticed continuity errors in films and television shows – try as you might, there are times when these mistakes are going to happen. The best thing you can do as a costume designer is to stay organised and in control.

Jill uses printed photo books, rather than digital alternatives, and keeps records of exactly what item of clothing (down to the brand name) a character is wearing, even watching rehearsals to note down in a script exactly when they might roll up their sleeves or scratch up their shoes.

‘I was always taught that you should do continuity like you’re going to be run over by a bus the very next day,’ she summarised. ‘Someone else has to be able to step in and understand what you’ve done.’

However, the costume team have very little say in the final edit of a scene. Jill points out a scene in Pretty Woman which sacrificed continuity for the best shots available during post production. Julia Roberts begins to seduce Richard Gere, who is wearing a tie. She takes the tie off, and yet when the camera returns to him, the tie is still being loosened. Such cases are not anyone’s fault, and instead, serve as a good reminder that, no matter how organised you are, you cannot control an entire film set.

Advice for students: Costuming on a Budget

Final Career Advice: ‘I think you just have to hang on in there and keep going. Even if you think you’re never going to work again – you will at some point! Be optimistic.’

Jill Taylor talks to BAFTA to answer the ‘Big Questions’…