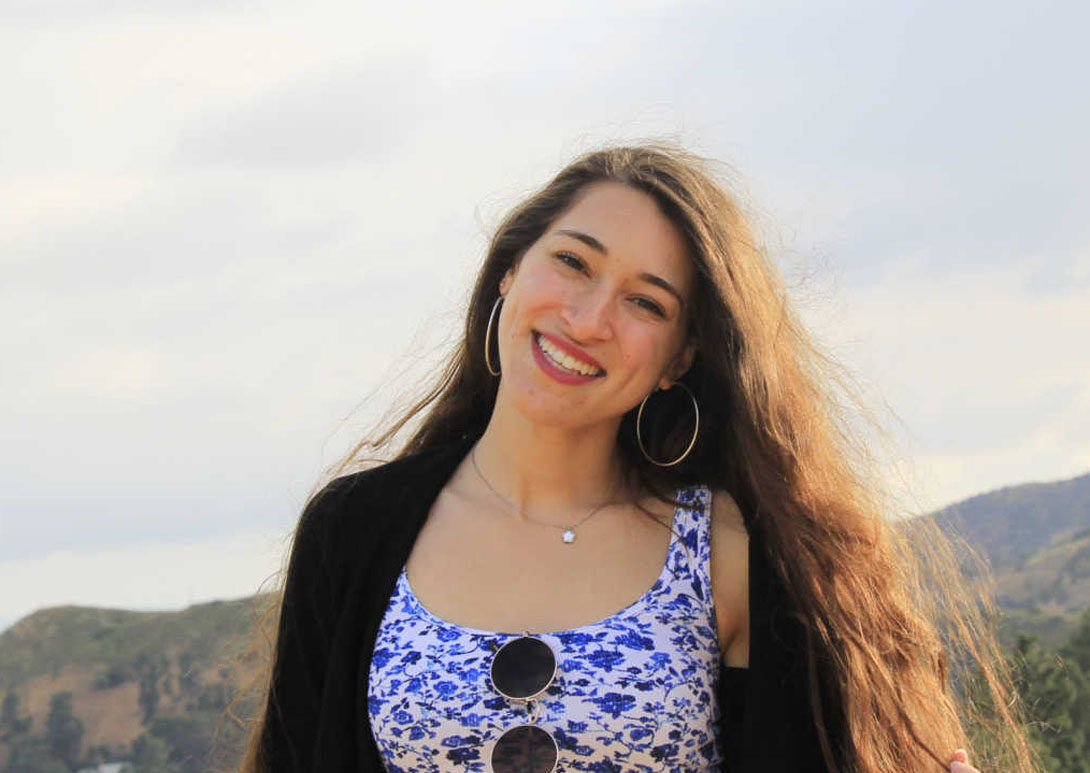 MetFilm School Berlin is thrilled to introduce the second 2020 recipient of our Voices That Matter Scholarship – Women in the Screen Industries: 25-year-old Tala Zeitawi, who joined our MA Documentary & Factual course in Autumn 2020.

Every year MetFilm School awards two full scholarships, one in London and one in Berlin, covering the full course fees on either a BA or MA degree course. The Voices That Matter Scholarship – Women in the Screen Industries is supported by Viacom’s MTV Staying Alive Foundation and was created to support the next generation of female filmmakers, recognising the importance of accessibility and equality within the screen industries.

Tala said of receiving news of her award: “I was so happy – the first person I told was my mother, I ran to her as soon as I put down the phone.”

Tala grew who up in warn-torn Palestine, and didn’t have a normal university experience studying in Jerusalem. Now living in Berlin, Tala discovered a passion for film and photography when she was a teenager and completed a four-year degree at Al-Quds Bard College with a semester at the university’s New York campus.

“New York was such a great experience; it opened my eyes to what might be possible for me and made me realise that documentary filmmaking is what I want for my future. That’s when I decided to search for a scholarship.”

Tala’s last role in Palestine was a freelance documentary photographer and filmmaker, focusing on cultural diversities, minorities and marginalised communities in Palestine. The project focused on a refugee camp, located in the middle of Ramallah City, that had no support. Concentrating on the personal stories of different families and the hardships they go through from a child’s point of view.

Tala wants to continue to tell the stories of the people and communities that the media ignores. Through making these documentary films, she hopes to raise awareness on neglected human rights by focusing on the abandoned societies.

LOOKING TO THE FUTURE

Upon graduating Tala is planning to go back to Palestine and carve out a career helping refugee camps, promoting education to try and change the traditional educational system.

“I hope to contribute to the future development of Palestine; helping refugee camps, lessen poverty and change the traditional education system in order to prepare younger generations for a better future. I want to empower women and promote gender equality. I truly hope that my goals to raise awareness for neglected people, minorities and marginalised communities will be realised.”

Tala is now well into her MA Documentary & Factual course: “It’s exactly like I hoped it would be. I’m here to broaden my knowledge, improve my skills and learn from people from different backgrounds and cultures. It is truly amazing to be one of the people to receive this scholarship. It’s a great opportunity to study at such a hands-on film school.”

Recognising the importance of accessibility and equality within the screen industries, MetFilm School added a new Voices That Matter Scholarship in 2021 – The Dan Demissie Scholarship – supporting a Black Student of Talent in memory of graduate Dan Demissie.

Keep up to date on our Voices That Matter Scholarship for 2021 entry and find out more about our postgraduate courses.