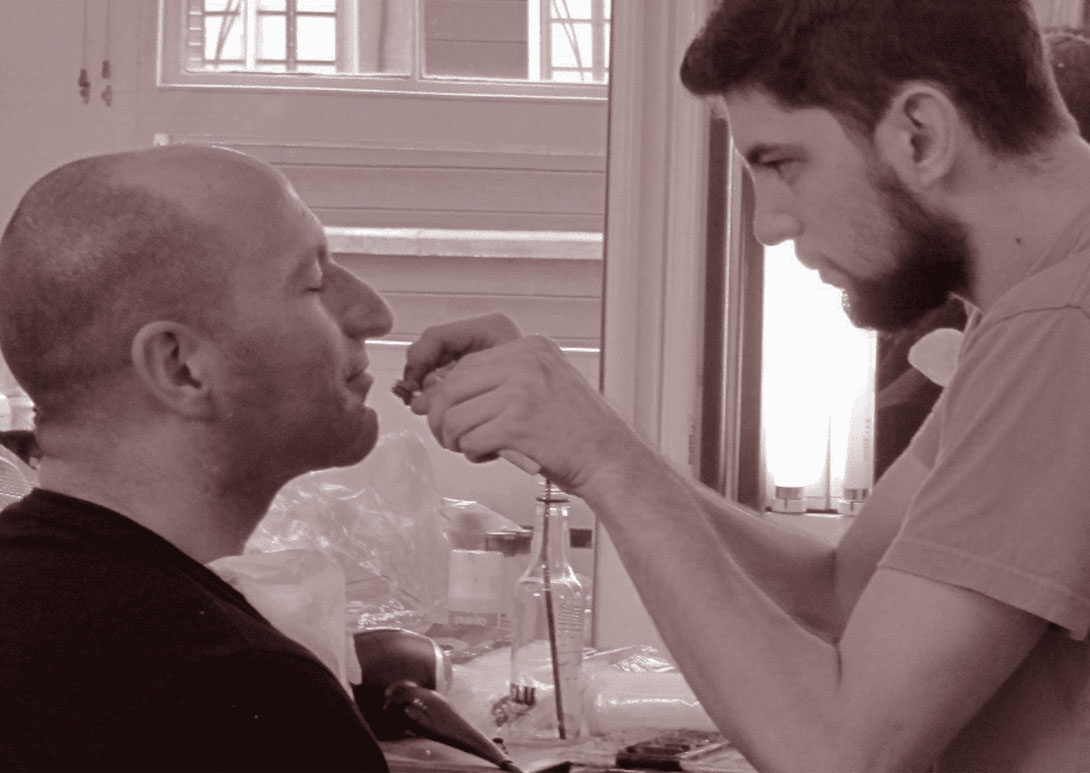 Since graduating in 2012, BA Practical Filmmaking alumni, Johann Frenschock has been awfully busy. Chances are you will have seen some of his special FX work over recent years, as he has assisted on the creation of some instantly recognisable design from blockbusters such as Guardians of the Galaxy, The Martian and Exodus: Gods & Kings.

We recently sat down with Johann Frenschock to discuss his journey from open-minded film school student to industry talent, during which he details finding his passion, proudest achievements and also gives advice to other budding special FX artists.

What initially drew you towards going to film school?

I’ve always had a keen interest in film. Ever since seeing Alien and Pan’s Labyrinth, storytelling and effects have had me hooked, but up in Scotland there wasn’t really any practical courses that I could take. I did a bit of research and found Met Film School, which I think was the only film school at the time that had such an in-depth, hands on learning experience. So at the age of 18 I moved down and began my study.

How did your passion for special FX come about?

On one of the feature film courses they needed a FX department, nobody was taking the job and the film needed a lot of blood and gore, so I took the opportunity and got my hands sticky. I started just playing around with squibs (condom filled with fake blood, glued to button and tied to a fishing line); I still remember those days of having to wash the lube off the condoms so they would stick to the body, then starting playing around with liquid latex, making cuts and wounds. From then on i’ve been obsessed.

What were the steps you took to get into the industry after graduating?

For a year I did a lot of freelance jobs, mostly working with other Met students. I carried on doing make-up FX; from cuts to fake guts; reading and practicing techniques; building a small portfolio. This was followed by a bit of research before knocking on some doors. A company called FBFX hired and trained me, and my first job when I joined was making armour for Marvel’s Guardians of the Galaxy.

Which of your skills would you consider to be your strongest asset?

It’s hard to say, because I’m still learning and always developing my skills. So far I enjoy painting, whether that’s painting armour or make-up. When you hit the right skin tone and blend your appliance seamlessly its always satisfying.

What piece of work are you most proud of?

Funnily enough the big films have been great, but nothing beats when we made a C3P0 costume for Secret Cinema. It was about 2am in the workshop when we finished making it, and luckily enough I was the same build as the actor so I could wear the costume. The expression on both my boss’s faces was priceless when they could see their character come to life.

How do you think the costume effects industry could be improved?

Time! Time! Time! Too many times we are rushed in the workshop by production. Some department heads seem to not realise how long it takes to create a great quality effect or costume and to give us a bit more time. I feel sometimes they want something good, and for it to be cheap and quick, which is just unrealistic .

Check out the newest project from Johann Frenschock, Creature Lounge: a social hub for like-minded people to to share stories of set experiences, character creation process and everything else that goes into creation.