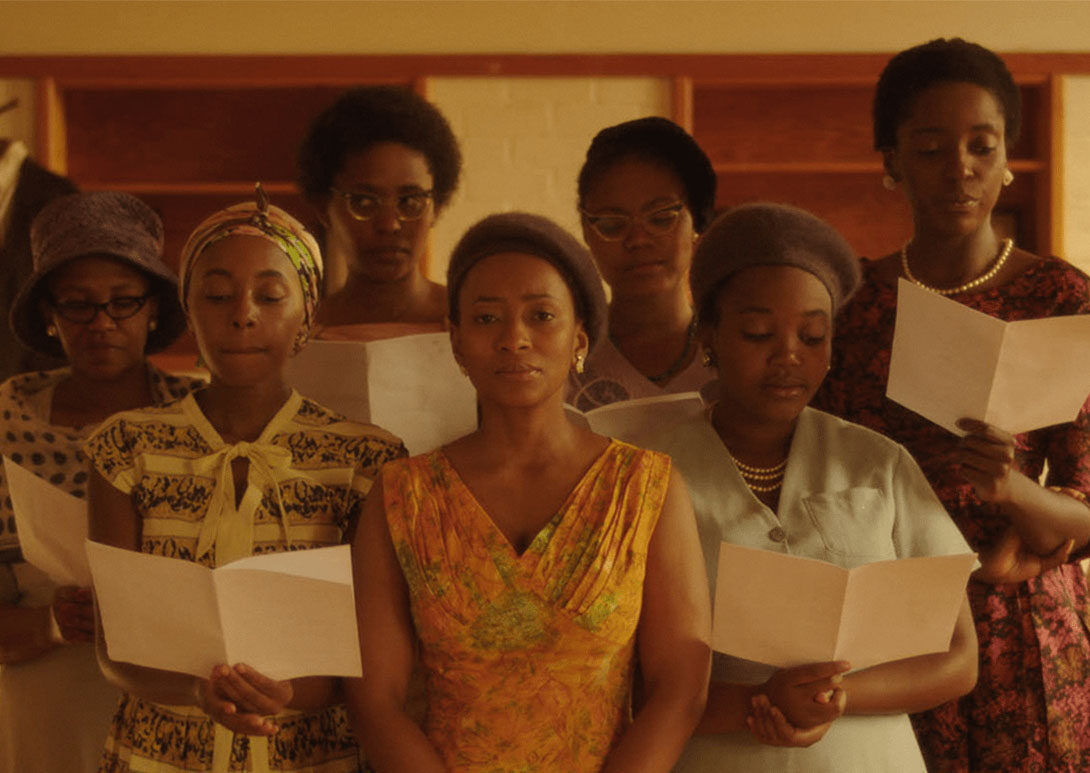 For some Screenwriters, it’s actually conceiving an interesting story that can take the most time. It’s important to remember though, that sometimes the best ideas can be found in the form of existing work. This was certainly the case for MA Screenwriting graduate Jarryd Coetsee, whose acclaimed short film The Suit (2016) is based on Can Themba’s famous short story of the same name.

The Suit tells the story of Philemon, who decides to punish his unfaithful wife, Matilda, by making her carry her lover’s abandoned suit and treat it as a real person. Set against the backdrop of a growing apartheid government in the 1950s, the text holds great significance to many South Africans.

The adaptation – which was written & directed by Jarryd – has received much recognition since its release. At the time of writing, his debut professional film has been selected for two Oscar-qualifying film festivals and has won the Best Short Film prize at the South African Film & Television Awards. Its international reach has also been staggering, with screenings popping up in a long list of cities across the globe. We managed to interrupt Jarryd’s busy schedule this week to get his thoughts on the film’s success, and what the future has in store for him as a filmmaker…

When did you first become aware of Can Themba’s short The Suit? How widely known is the text within South Africa?

I first read Can Themba’s short story The Suit in high school. I was immediately captivated by the story’s immense transformative power and knew then that I would one day adapt it into a film. It was first published in 1963 and found an initial readership in the intelligentsia. Themba’s works were subsequently suppressed by the apartheid regime and he died in exile in Swaziland in 1967.

During the transition to a democratic dispensation after the fall of apartheid in the early 1990s, the story was revived in a popular stage adaptation at the seminal Market Theatre in Johannesburg. The Suit was then introduced to the secondary education curriculum presumably because it provides a context for understanding the cyclical nature of oppression. The story is thus widely known among educated South Africans. British playwright Peter Brook successfully toured a stage adaptation internationally shortly before we started production on the film.

Did you familiarise yourself with other adaptations during pre-production?

Though I was certainly aware of the various adaptations, I deliberately avoided researching them in pre-production. This is partly because I wanted to keep my creative vision for the project as pure and unadulterated as possible. But primarily because The Suit had only ever been adapted for the stage and I did not want the first cinematic adaption to seem derivative of the plays, especially because film is a different medium in a number of respects. I was very conscious throughout the pre-production process of how to maximize the cinematic potential of the story. I also spent a considerable amount of time studying and researching the story, period and setting and reaching out to friends of Can Themba and people that had lived in Sophiatown in the 1950s.

Your short features some powerful performances, one of which is from Atandwa Kani, who is set to star in the upcoming Marvel film Black Panther. How did this casting come about?

I was introduced to Atandwa by his father, John Kani, who is widely considered to be South Africa’s greatest actor. John actually plays Mr. Maphikela in The Suit. Atandwa is, in fact, an accomplished actor in his own right and dare I say he will soon give his father a run for his money. I was familiar with Atandwa’s previous work, particularly the Royal Shakespeare Company’s The Tempest and Sizwe Banzi is Dead. He is an intuitive and innately gifted actor and on top of it, happens to be well-trained, with reliable skills. Atandwa brings a lot to the table. It’s inspiring to collaborate with him because he’s easy-going and his range is so broad. I’m very meticulous and professional and found that mirrored in Atandwa.

What have been some of your personal highlights of touring the film around the festival circuit?

Touring the film around the festival circuit has given me the opportunity to interact with different audiences and engage in meaningful cultural exchange, meet fellow cinephiles and kindred film-makers. It’s inspiring to watch films from parts of the world that would not ordinarily be screened in my home country. I’ve been able to benefit in numerous ways from networking with other filmmakers, producers, distributors, sales agents and investors and the privilege of international travel in general.

I’ve recently returned from an extraordinary whirlwind tour of Europe as a guest of the Académie des Arts et Techniques du Cinéma’s Les Nuits en Or (Golden Nights). Every year, the Académie invites a select group of filmmakers whose films won their countries’ national awards to tour several European capitals and visit places of historical and cultural significance, attend public screenings of their films and meet local industry professionals.

Have you given much thought to a follow-up project?

I’m currently developing several feature film projects under the banner of my production company, Mandala Films, in co-production with foreign partners. We’re preparing to shoot the first project in the summer.

What advice would you give an aspiring filmmaker looking to make their own short film after film school?

Remain faithful to your creative vision and resolute in your actions to realize it; everything will eventually fall into place.

Watch the trailer for The Suit here!