From MA Producing to The French Dispatch with Guy Trevellyan 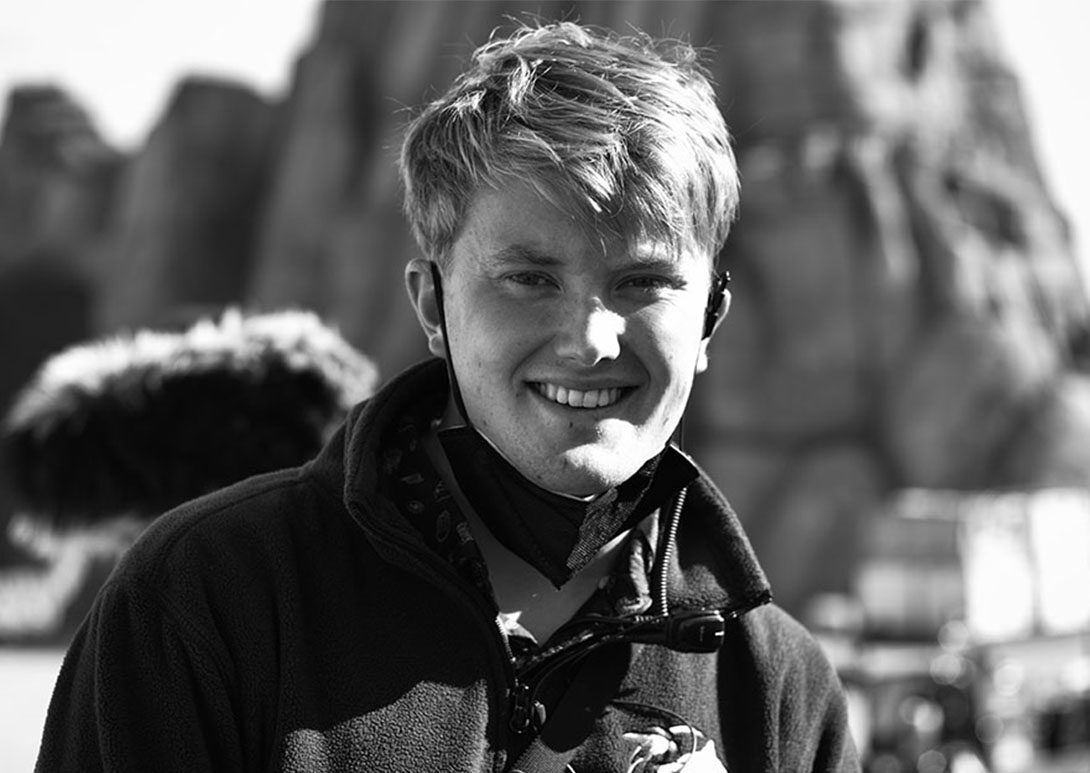 Since graduating from MetFilm School London in MA Producing, Guy Trevellyan has been extremely busy. Joining Wes Anderson’s The French Dispatch during the post production stage, he will continue to work with the director on his two upcoming projects, Asteroid City and The Wonderful World of Henry Sugar, as well as on huge productions such as Disney’s live-action The Little Mermaid, and the latest installment of Indiana Jones.

We got the chance to chat with Guy – when he wasn’t busy on set – to ask what his experience of the industry has taught him, as well as what he wants to work on in the future…

What first drew you to film production?

I have been fascinated by the magic of film and cinema from a young age. Having grown up near the famous film locations Bourne Woods and Frensham Ponds (the former being the shooting location for Captain America: The First Avenger, Children of Men, and Gladiator), I have always been surrounded by film sets. After school, I used to go with my friends to watch as they filmed amazing scenes from Harry Potter, Avengers, and more!

That early fascination drew me to the industry, and I’ve never looked back. My parents even took me to the set of Gladiator as a baby, and some of the local villagers were barbarians in the battle scene!

How did MetFilm School help you to develop your skillset?

MetFilm School was an amazing environment to connect and learn with likeminded people who are all passionate about cinema. The tutors were always very supportive, and they allowed us to make our first film in a very safe and creative environment.

The main development that I gained from MetFilm School was teamwork. I learned how a film is made from the ground up, involving a vast amount of talent from numerous specialisations and departments, which ultimately make great films. My fondest memory would have to be creating a charity video for Mind Body EDS, and being nominated for the Impact Award at the Smart Screen Creative Awards.

How did you find working on a big-budget production like The French Dispatch?

I started working for Wes as his UK Assistant during the final stages of post production for the film. I learned mainly about the distribution and marketing process through the exhibition we created at 180 Strand for the film, the value of film assets, and how you can use these to promote a project.

It wasn’t really until I started working on Wes’ new film, Asteroid City, that I was truly exposed to the full process of what it takes to make a large budget independent film. Working in prep all the way through production and post was a daunting task at first, especially being surrounded by my idols (including Wes, Director of Photography Bob Yeoman, Key Grip Sanjay Sami, and Production Designer Adam Stockhausen). However, I was quickly welcomed into their film family, and I have been addicted to their way of filmmaking ever since.

Wes has a very close group of people around him, and working now as the 3rd Assistant Director, I can learn first-hand and challenge myself every day. I mainly learned about communication, and being an assistant director, you are in a unique position where you are talking to every department, and liaising across the film to keep everyone informed on the same goal. From this, your confidence quickly grows, and you are able to tackle different challenges every day with a calm and productive attitude.

Do you approach projects differently depending on their style or format?

I tend to approach all projects with the same level of enthusiasm and passion. It is true that different formats and genres come with different challenges, but the goal is always the same. I want to be a part of something that entertains, moves, interests, and ultimately changes the way we view the world and others.

As an assistant director, you have to constantly adapt to different projects, as your main goal is to assist the director in their vision. That could mean changing the way that you work to benefit their process. You must be open to learning new methods of filming, which was very much the case with Swan Lake Bath Ballet. We had to design a completely new way of working during the pandemic, remotely filming each of these dancers around the world using apps and programmes like Zoom or FiLMiC Pro. This proved to be very effective, and we were able to direct the dancers, using TeamViewer to remotely view their phone screens and get the correct framing.

What genre or format would you like to try next?

I would love to work on documentaries, a genre I am yet to be exposed to, but something I would be very interested in. I have been captivated by the power of documentary filmmakers, and their ability to have a genuine impact on people’s lives and understanding of the world. My recent favourites include The Rescue, Tom, and The Devil Next Door.

Can you share anything about the projects you’ve got coming up?

What advice would you give to aspiring filmmakers?

My main advice is to keep persevering and to not shy away from any job, big or small. You never know what will happen and the people you might meet. Don’t underestimate help from others as everyone remembers looking for that foot in the door. Build connections not just with other producers and directors, but all the other amazing departments, and learn about every aspect of the filmmaking world.

Watch the trailer for The French Dispatch!