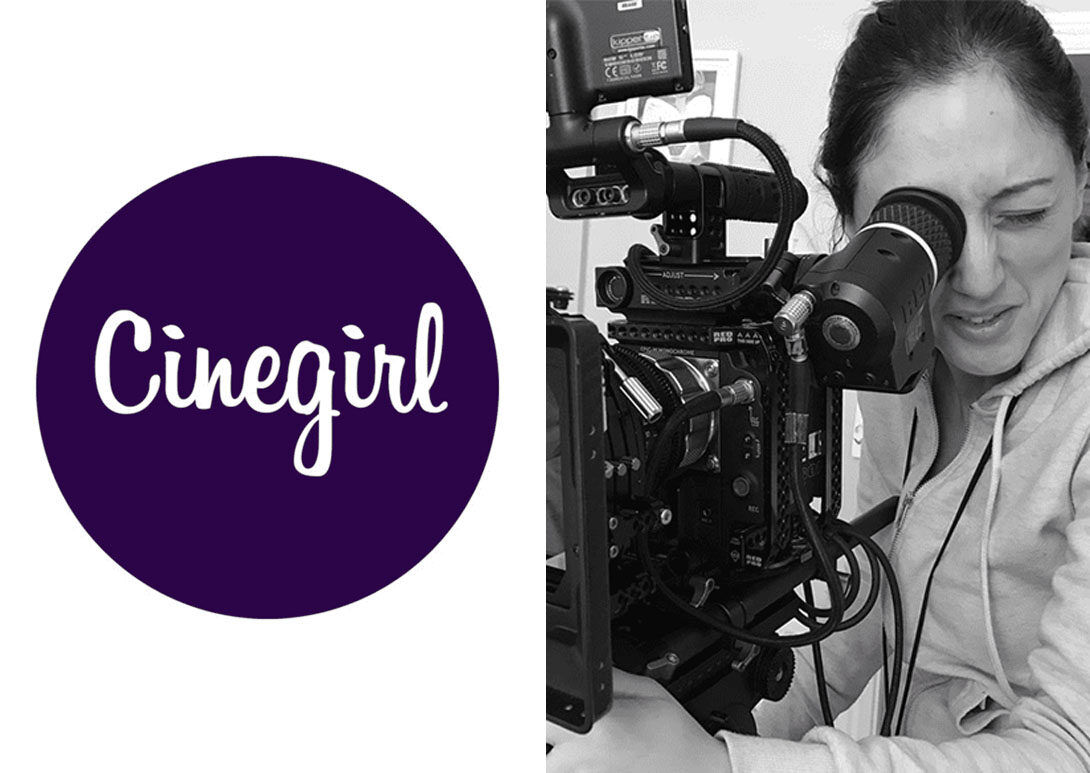 From gender disparity to #MeToo, much has been discussed over the last 12 months around what it means to be a woman in the film & television industry. The conversation is necessary and overdue, and it has been encouraging to see the likes of the BFI London Film Festival recently take positive strides in the right direction. However, there’s undoubtedly much more to be done.

Here at MetFilm School, we’ve been incredibly proud to see a proactive response from own students in the exciting launch of CineGirl magazine – a monthly publication that aims to showcase “fascinating female filmmakers across all departments”. The team behind the project is made up almost entirely of our alumni, and you can check out their first two issues here.

This week, we reached out to CineGirl founder and MA Cinematography graduate Francesca Zerenghi to find out in her own words why she thinks this magazine is important and to hear about own experiences within the industry so far.

What inspired you to start CineGirl magazine!

After graduating from MetFilm School, it was immediately obvious to me that women were underrepresented across the Film & TV industry. Despite the fact that many companies and people are very supportive about women working within technical and non-technical roles, there is a still a lack of representation.

There are many large organisations in the UK that address women working in the film industry, however, I always felt they had a “private club” feel and are not accessible for young, upcoming female filmmakers.

My mission is to provide a safe platform where women can be heard. I want Cinegirl to become the leading independent voice and platform for women working within the film industry; where experiences and stories can be discussed and addressed.

What can CineGirl readers expect from a standard issue?

A variety of topics really. This is not just another feminist magazine. In fact, the word feminist needs to be redefined and Cinegirl aims to help do that. We hope to provide a range of content, including interviews with leading female talent, cultural exhibitions, film and book reviews, short stories, sketches, and art.

What challenges have you experienced personally within the creative industries?

As a woman and a working mother, these things alone already make me stand out against your average Cinematographer. One would think my experience as a mother, and the fact that I’m “a little bit mature” would be taken into consideration, but that doesn’t seem to be the case.

“She’s a mother so she cannot fully commit to the project”. I have heard this too many times and I’m determined to break this stigma.

I feel the British film industry is rather anachronistic in some ways. Saying this, I’ve been extremely lucky too. I’ve met some wonderful people, including others like myself, working parents, who manage a business and are working as freelancers.

Any advice you would give to young women interested in a career in filmmaking?

Never give up. If you truly believe in your dream, just do it. Follow your instincts. Do not compare yourself to others. We all have different paths. Don’t look at your friend’s social media accounts think that they are “doing so much better than me”. Take inspiration from them. You have your own path and process – everyone is different. You learn from not working, too.

Who would be your dream interviewee?

Difficult one. Too many to choose from. My female crush is Meryl Streep. She’s an amazing actress, always consistent and true to herself, never allowing success or fame to distort that. We could all definitely learn from her.

Within the UK, I’d love to interview Tilda Swinton. She’s a real inspiration for me; a mother, an actress, an artist who has also founded a school. She works in both independent and blockbuster projects. My first questions would be about one of her latest films, ‘Suspiria’.

Finally, Jeremy Irons. What an actor. Such dedicated and passionate performances every time. He’s worked alongside some strong female actors and I’d love to have his opinion on this industry nowadays.

Want to subscribe to CineGirl magazine? Click here! Francesca is a graduate of our MA Cinematography course.