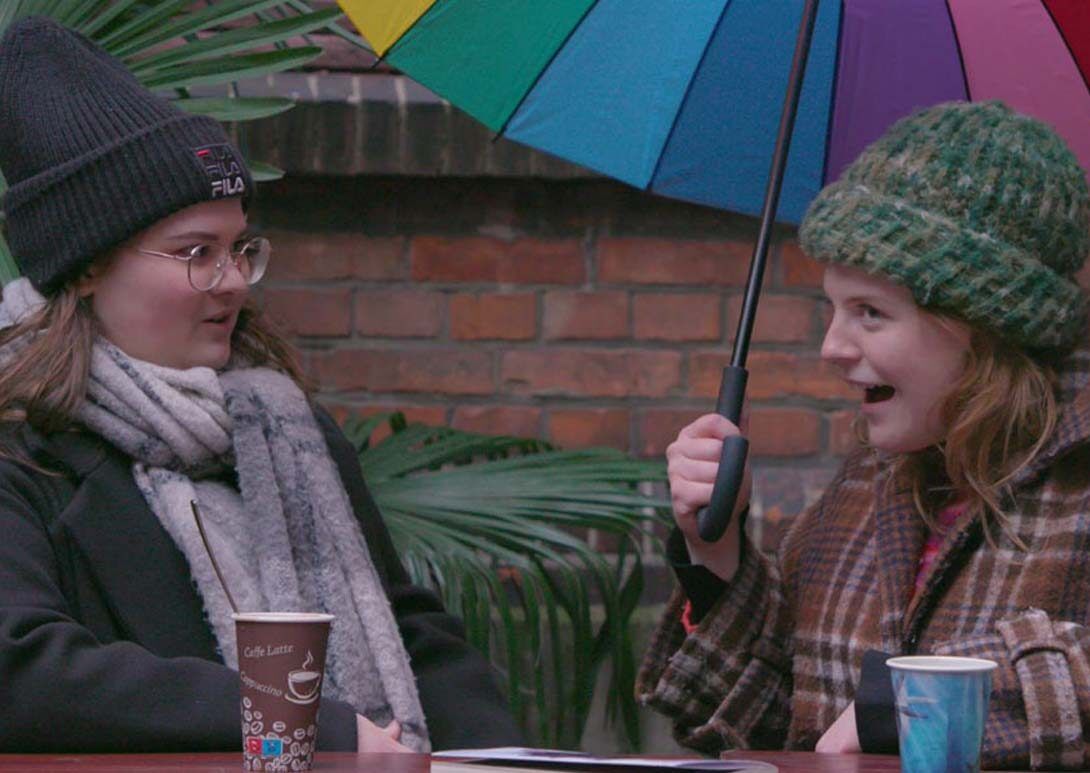 Before joining MetFilm School Berlin, Hedda Stolen was already crafting narratives and stories with the help of her BA in Journalism. Looking for a way to combine these skills with her love of film, she began her journey on our MA Documentary & Factual degree.

‘Combining these two areas,’ explained Hedda, ‘gives me a better understanding of how different stories need to be told in different ways. And that sometimes, deep and complex phenomenon become more accessible and powerful through the form of a documentary.’

Keep reading for Hedda’s tips on connecting with your subject, how she developed her personal style, and her favourite project to date…

How have you found the transition from your BA in Journalism to visual storytelling?

It’s been a very interesting transition. The other day, I looked back at some of the work I did before attending MetFilm School, and was quite surprised by how much I’ve actually changed! Having a journalistic background has been helpful in many ways – like knowing how to research a story, how to reach out to people, and always having a list of ideas of things I’d like to make.

On the other hand, making documentaries is way different. It’s depicting reality, but it’s also an art form. The goal isn’t to just teach us something about a specific theme – it should be entertaining, look good visually, have a story arc, and evoke emotions.

I’ve always loved movies, but also wanted to interact with real people and tell their stories. Now, I get to do both.

Documentary filmmaking is all about connecting with your subjects – do you have any tips for this?

I honestly think the best way to go is just to be kind. I think it really shines through when a director has genuine care for their subjects, and I think it makes a film better. When someone agrees to let you into their life, and allows you to make a documentary about them, it’s such a huge gift – and one should be really respectful of that.

Another thing me and my classmates have had to do a lot during this course is interview each other, and practice opening up in front of a camera – because how can you really expect someone else to do something that you’d never imagine doing? Learning what it’s like to be on the other side of the camera, and how it feels being exposed in that way, makes you more empathic, I think.

Also: be reliable, and keep your promises!

Your work is heavily influenced by the 90s Rom-Com aesthetic. What drew you to this style?

Personally, I’m a flimsy, messy maximalist – and no matter how hard I try to break free from it, so are the things that I make. So I’ve chosen to embrace it! I love the silliness, colourfulness, and over-the-top fullness of the 90s films I watched when I was young, and that has shaped my style over the years.

I don’t know how many people still have this misconception, as there’s more fun alternative documentaries popping up – but just in case some people still think this: documentaries are not just these super serious, intellectual things. When I was younger, I remember thinking that I had to move away from the traditional hyperfeminine style and way of being in order to be taken seriously – but that’s so stupid; there’s definitely room for more femininity in the genre!

If you had to pick a favourite project so far, which would it be?

One of the projects I’ve had the most fun with is a film I made about the world of fan fiction, teenage obsession, and boy bands. It was a very personal story for me, as I myself was a completely obsessed, awkward and acne-ridden teenager daydreaming about dating Harry Styles.

Working on the project, it was interesting to see how many of my friends and classmates had similar stories. For the project, I even got to talk to a woman who started writing fan fiction when she was 14! She would go home from school and publish her stories online – where millions of people would read them. I think that’s so impressive, most of us would only dream of that number of people seeing our work. Talking to all these people, it became apparent that it’s not just about boy bands, it’s about something deeper.

The project is one of my favourites both because it’s just silly and fun to explore and look back on the awkwardness of being a teenage girl, but also because it’s a group of people that deserve to be taken seriously. How teenage girls deal with growing into their roles as young adults, their sexuality, female spaces and internet culture… these are all themes I think should be investigated more – and that I hope to work with further myself!

Your projects often relate to personal experiences. How do you balance your own story with narratives in the piece?

I think including yourself in stories can be a great asset – if it serves a purpose. In the example above, my personal connection to the theme was a major part of the story, and why I wanted to make it, so it felt natural to include my own story. It also helped me to connect with the other people in the documentary, because we all had this very specific, maybe a little embarrassing, thing in common.

How has your course helped to hone your documentary-making skills?

The MA Documentary & Factual course has given me greater insight into all the different ways a documentary can be made, both by learning from my tutors, but also getting to see how my classmates work. All 12 of us have such different approaches, and it’s been very cool to be a part of their process and way of thinking.

I’ve also learned more about building a storyline and arc, and to focus not only on the information, but on the visuals and story.

Finally, can you share a couple of your favourite documentaries with us?

Sure! I really like Shirkers by Sandi Tan, Please vote for me by Weijun Chen, and for some Norwegian representation, The painter and the thief by Benjamin Ree.