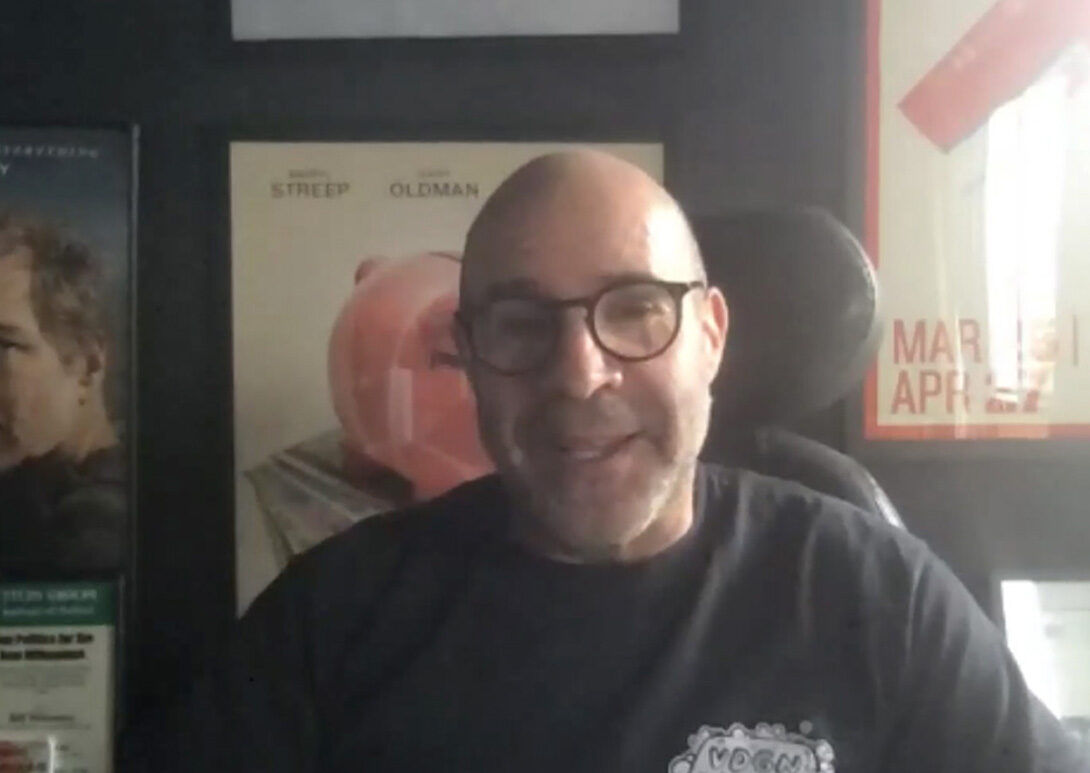 We’ve had many masterclasses since the beginning of lockdown, but not many as topical as our chat with writer Scott Z Burns, whose 2011 hit movie Contagion in many ways foreshadowed the Coronavirus pandemic.

Contagion follows the rapid progress of a lethal airborne virus that kills within days. As the fast-moving epidemic grows, the worldwide medical community races to find a cure and control the panic that spreads faster than the virus itself. At the same time, ordinary people struggle to survive in a society coming apart. Needless to say, rentals and downloads of the film have soared in recent months.

Scott has made a career out of tense and thought-provoking productions. He also produced Oscar-winning documentary An Inconvenient Truth, wrote acclaimed action-thriller The Bourne Ultimatum and, most recently, directed, produced and wrote The Report, starring Adam Driver.

We were thrilled to welcome Scott Z Burns to MetFilm School for an exclusive virtual masterclass with our Director, Jonny Persey – discussing Contagion and his career journey. Here’s what he had to say and the video highlights…

Ahead of filming Contagion, I did a huge amount of research as any screenwriter would do when taking on a subject like this. Along the way I was fortunate enough to meet some incredible and prominent epidemiologists and virologists. I made a deal with them that I would not cut any corners on the science when filming this. There is a scene that didn’t make it into the movie where Matt Damon is approached by an unknown wealthy person who wants to buy his plasma to make an antibody cocktail, we cut it out as it opens up a lot of questions; it’s interesting as plasma-based therapy is mentioned throughout reports regarding COVID-19.

Steven Soderbergh and I had just finished shooting a film called The Informant! where I revealed the idea I had for my next project (Contagion) a science-based film around a global pandemic, and within a couple of sentences of explaining the plot, Steven was in. Jeff Skoll, a philanthropist had a major interest in global pandemics, and it was through Jeff that I met the best scientists in the world, whom I am still in touch with today. It took around 3 years to make.

The stories that I tell, choose me as much as I choose them. Nothing is easy, which is important to remember when picking projects. I have friends who come up with something very formulaic and they get made quickly; most of the work I have chosen to work on tend to have a gestation period that is many years long. The only way I get through that is passion. If I am not passionate about it, I will never make it through the five years of disappointment, searching for finance etc. In some ways Contagion was the easiest thing to get made.

I graduated from university in America, and I didn’t know what I wanted to do. I wanted to write fiction, but I didn’t want to stay in academia and become a professor. I began working in Advertising which was a safety net at the time. For me, it almost became my film school because when I started writing television commercials there were a lot of people in the film industry who in between projects would go work on television commercials as they paid well. I met incredibly talented filmmakers especially cinematographers. I then progressed onto directing which was great as I learnt about camera placements etc.

Contagion is currently available to watch through Netflix here.

Interested in bringing a story to the screen? Check out MetFilm School’s range of screenwriting and documentary courses.