Diving into Industry: 12 students credited on ‘Swimming with Men’ 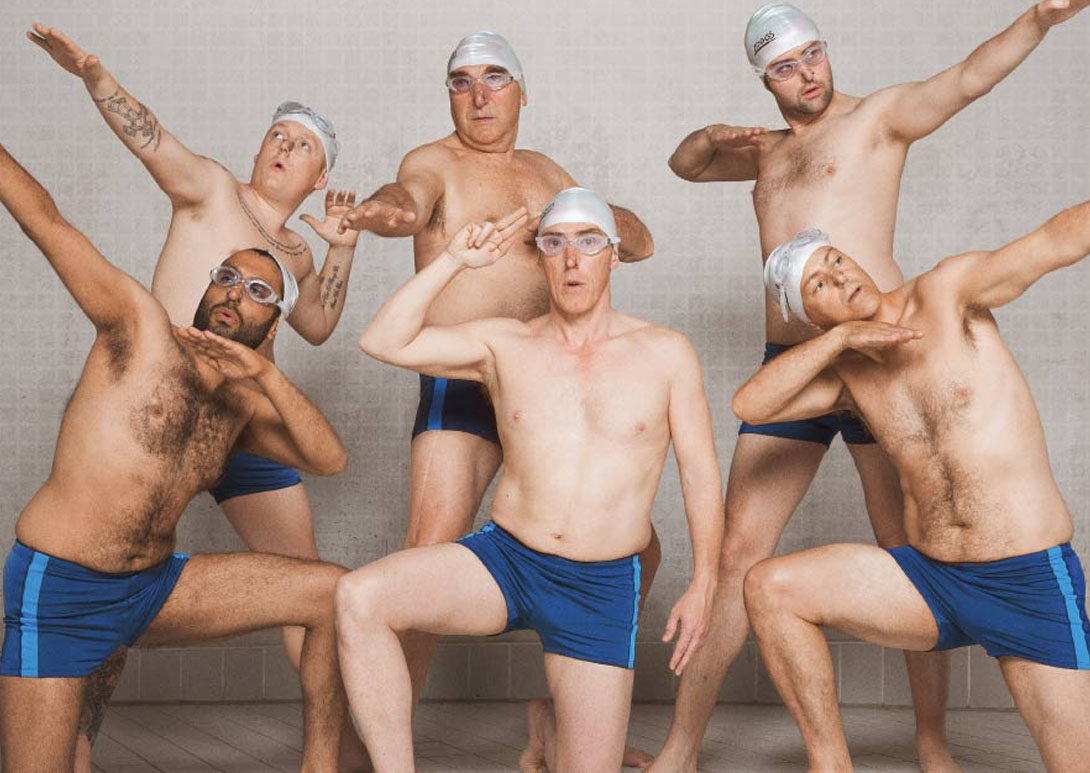 Hailed as a spiritual successor to The Full Monty, MetFilm Production’s Swimming with Men is classic British Comedy at its finest. Rob Brydon (The Trip, Gavin & Stacey) stars as Eric, an accountant who plans to win back the affection of his wife Heather (Jane Horrocks) through the formation of an all-male, middle-aged, amateur synchronised swimming team. Y’know, that old chestnut…Based on the acclaimed documentary Men Who Swim  – also produced by MetFilm Production – the feature will close the Edinburgh International Film Festival on 1 July, before coming to cinemas on 6 July through Vertigo Releasing.

MetFilm Production is an award-winning independent production company which shares a campus with MetFilm School at West London’s Ealing Studios. The partnership between the two works to the benefit of our students, creating opportunities for industry experience: from office internships to production placements. 12 MetFilm School graduates are credited across various roles on Swimming with Men, with a further three students also involved.

Head of Development, Anna Mohr-Pietsch, said, “we were thrilled to be able to bring a large number of MetFilm School students and graduates onto the film, and were hugely impressed with all of them. Roles and levels of responsibility varied from runner to edit assistant, but they all handled themselves with maturity, focus and energy and made a really good impression on the rest of the crew. It was great to see the crossover between the film school and production company working at its best: giving students a real opportunity to get a foot into the industry.”

“It was my first experience on a large set and I got to see both the rehearsal and shooting stages and interview members of the production crew – including Director Oliver Parker. It was an incredibly interesting and enlightening experience, and something I’m very grateful to be involved in, especially as someone who has primarily worked in the commercial world since graduating.”

“I was interning with MetFilm Production shortly after Swimming with Men wrapped and was involved in supporting the administrative side of Post Production. Stewart Le Maréchal (Head of MetFilm Production) talked me through the funding process and provided a detailed breakdown of the budget so that I could gain a solid understanding of how to make a film come to fruition. It was an excellent opportunity for me to learn the intricacies of the industry.”

“I got the opportunity to be a Runner and it was one of the highlights of my time at MetFilm School. I was able to take all that I had learnt through my MA and apply it on set. The experience cemented my passion for production and set the bar for working experiences.”

“I worked for a week as a Trainee Assistant Editor. It was great to get a taste of the demands of working in a professional feature film edit suite. The team went out of their way to make me feel welcome and to make it a real learning experience.”

Watch the official trailer for Swimming with Men here!