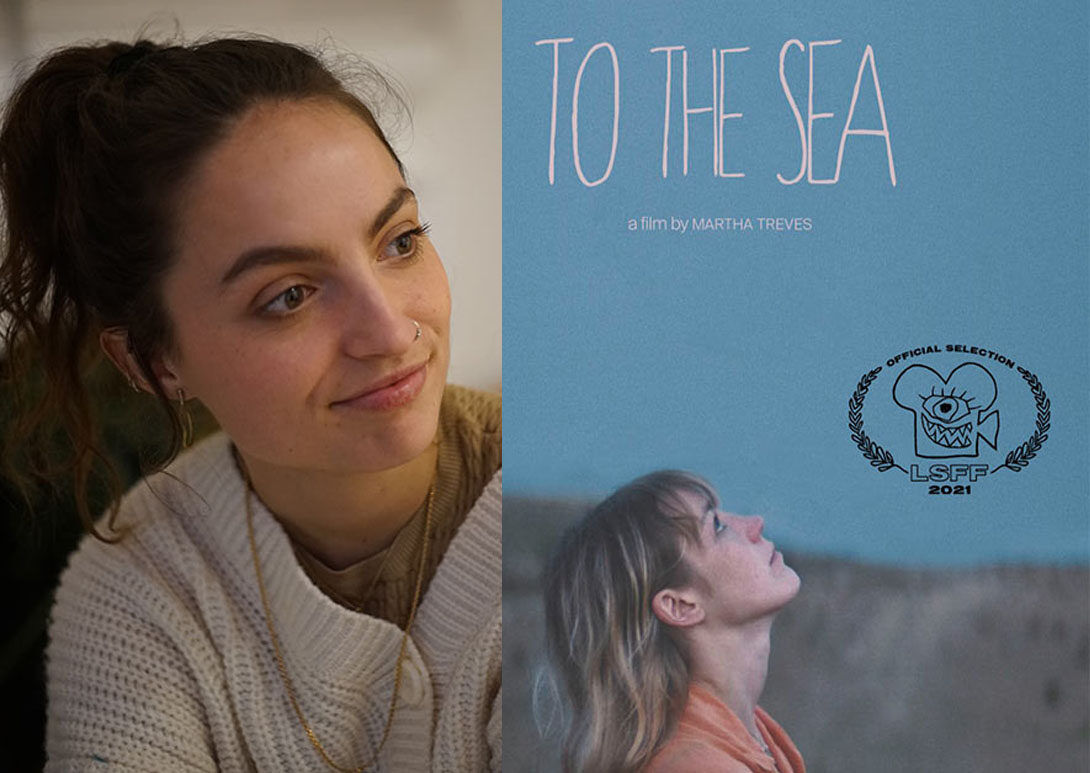 Cinema doors continue to be closed for a little longer yet, but this hasn’t stopped our favourite film festivals from celebrating exciting new talent online. Last month, we were thrilled to see the graduation film from UK filmmaker, photographer and MetFilm School Berlin MA Directing alumni Martha Treves selected for the London Short Film Festival 2021.

Martha’s debut short, To The Sea, focuses on the relationship between two teenage siblings, Maya and Finn, in the aftermath of being abandoned by their mother. Shot against the backdrop of Dorset’s stunning coastline and countryside, the film has a delicate, ethereal ambience and is described by LSFF as a “quiet but turbulent coming-of-age narrative of loss and loyalty.”

In this second in a series of MetFilm School Berlin alumni interviews, we talk with Martha Treves about her time studying in Berlin, making her graduation film and staying creative during lockdown…

Firstly, what inspired you to study a Masters in Berlin?

After graduating from the University of Manchester, I was keen to keep learning. I knew that I wanted to move from theatre to film – so I began researching MA courses and came across MetFilm School online. As I was browsing the different study options I came across the MA Directing and everything the course offered seemed perfect for what I wanted to learn. I saw that the course was offered at the Berlin campus and a couple of my close friends were moving there, so I applied to that one just because Berlin sounded a bit more interesting than London at that moment, and I was keen to live in a different European city.

How would you describe the city’s cultural scene and what were your highlights of being there?

Berlin just has so much to offer! I think it’s hard for me to describe the cultural scene as I only lived there for a year, and it feels like the kind of place that gets better and better the longer you stay. But from what I experienced, the artistic scene in the city – whether that’s film, music, theatre etc – was exciting and liberating. My highlight of Berlin was being able to explore it in the Summer, when it seemed to transform as a city.

Tell us about To The Sea – when did you start writing and what did you set out to achieve with the project?

I started writing it around January 2019 and at the very first stages of conception, To the Sea was rooted in the environmental problems that threaten our younger generation’s future. With the current climate crisis, I found myself asking the question – who has control over our future? It seemed as if the older generation had lived blindly with no afterthought of the catastrophic effects this modern lifestyle will have on our planet and our future. I was angered that we, the young, would suffer for their ignorance, so I wrote a story about two children and an absent mother.

The children are abandoned – unsure of the mother’s whereabouts – with few means to look after themselves. But as I delved into my characters – their hopes, dreams, worries and histories – I realised that the anger I felt towards the older generation was not really anger at all; it was fear. Fear of change, fear of loss, fear of everything that we can’t control. So the film set out to explore how young people navigate themselves in times of uncertainty.

What was the casting process like and how did you prepare Iona and Rory for the role?

Both Rory and Iona were at the University of Manchester with me, so I knew them both prior to the shoot. When writing Finn, I always thought that Rory would be a perfect fit, so I approached him and asked him to audition. He was brilliant, so I cast him pretty quickly! Whilst on the hunt for a Maya, I started by posting on theatre and film groups on social media, and put out a casting call in Manchester. I got a tonne of applications for the role so it was a long process. I asked a select few applicants for a self-tape and then an even smaller group for a face-to-face audition. They were all great, but for some reason, I wasn’t 100% sure any of them were quite the right fit. So at this point I contacted Iona.

I had only refrained from asking her earlier because she is a close friend of mine and I was slightly worried that it might be hard to maintain a professional relationship on set. It actually turned out to be a blessing, and she was amazing to work with. When she sent the self-tape I knew immediately that she was ideal for the role! Iona and Rory had worked together previously, so were already very comfortable with each other. We only had half a day of rehearsal before the shoot, and during this time we only worked on one scene, exploring physicality and playfulness within a sibling relationship. Also, prior to the rehearsal, I had lots of active conversations with Iona about our individual perceptions of Maya.

The film’s tone is wonderfully characterised by static images  – would you say your background in photography has been an influence on your approach to filmmaking?

Yes definitely! I was also very influenced by William Oldroyd’s Lady Macbeth – a film that mainly utilises static wides and lots of natural-seeming light. I like how action unfolds within a static wide, and the viewer doesn’t get the relief of a cut.

Which experiences or learnings from the production will you be taking forward?

Lots. I think the most important is that the team get on well! We were so lucky with our small cast and crew – everyone was communicative and respectful – and I think this is why the shoot went so smoothly.

How have the intermittent lockdowns of the last year affected your creativity and the types of projects you’re currently working on?

They have actually been quite creatively inspiring, in a weird way. During the first lockdown, I was approached by a director to be a cinematographer in a female-led documentary about our experiences of lockdown. Over 20 female-identifying individuals from across the globe collaborated to create this short film (which is currently in post-production) which is made up of lots of home-shot videos of our lockdown lives. The pandemic restrictions also led me to make my most recent short, We Came Here To Dance. The film stemmed from our current inability to dance to electronic music in the way we used to (with friends, in a club/bar) and strives to recreate that release felt on the dance-floor, in a different environment. It’s a celebration of movement and music – and I hope it will uplift viewers and make them want to dance!

What advice would you give to an aspiring filmmaker trying to find their voice or style?

Go with your gut instinct when making any decision! I’ve come across people who wanted to change my ideas completely; it’s hard to ignore them, but you must. Also, don’t ask too many people’s opinions on a film before it’s finished… too many cooks ruin a meal. 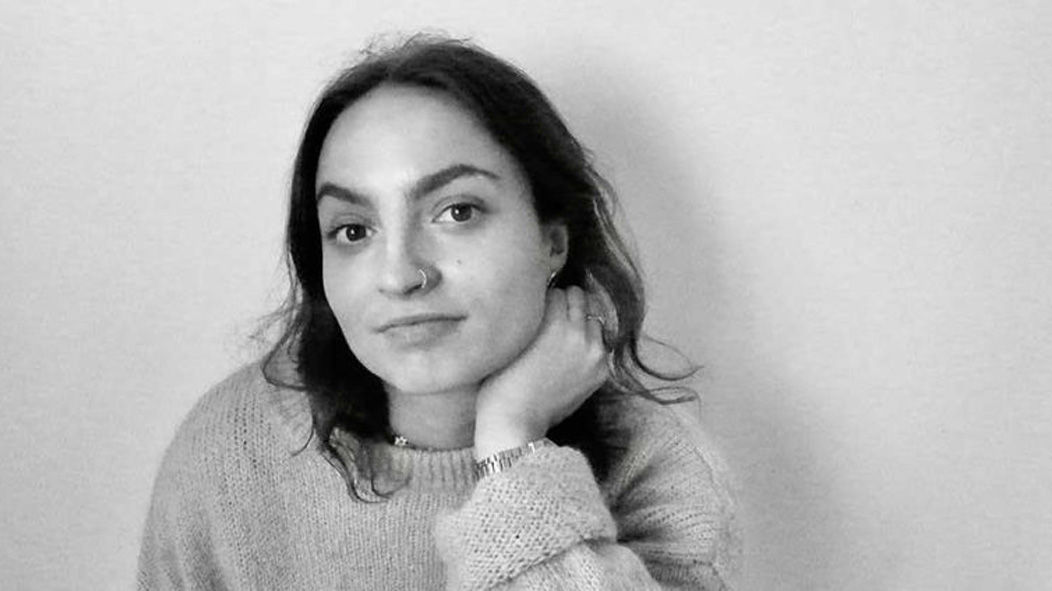