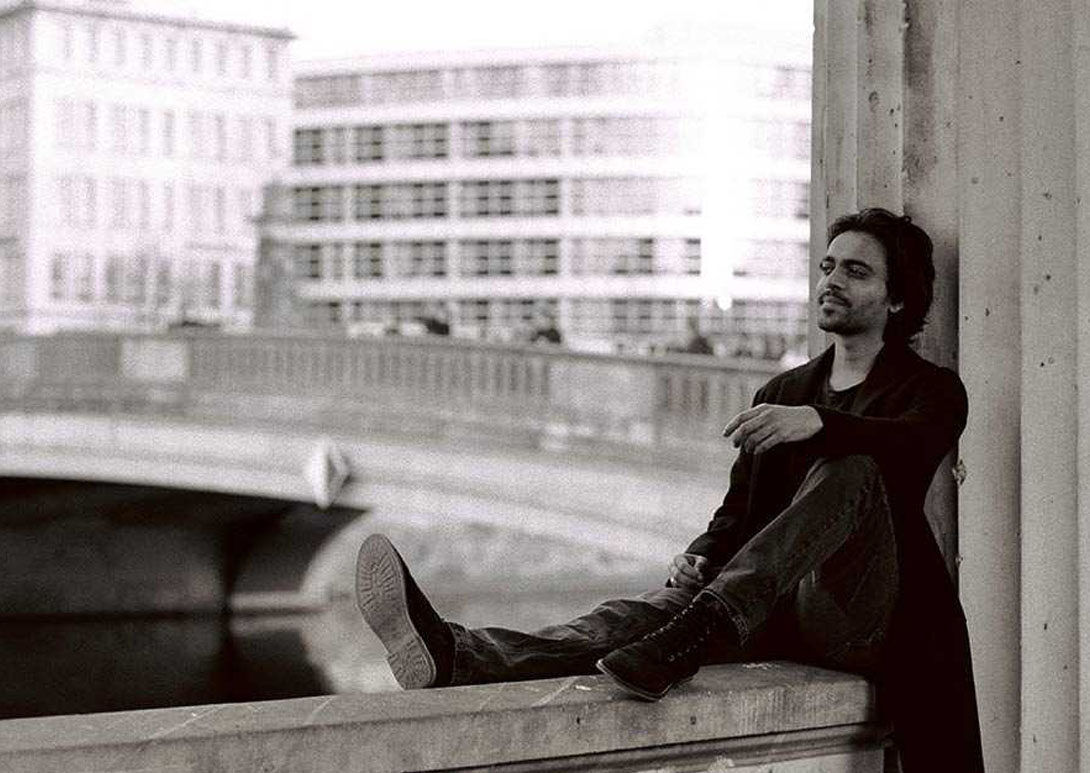 Over recent decades, Berlin has built a reputation for being one of Europe’s most progressive, multicultural and trendsetting cities, enticing creatives from around the world with it’s buzzing arts and entertainment scene. One of our many students charmed by the capital is Indian-born director, cinematographer and photographer, Abhishek Kolge, who has now been in the city for over six years, having completed his second degree course at MetFilm School Berlin last year.

After initially pursuing an entirely different career, Abhishek decided to follow his passion for film which led him to study our BA Practical Filmmaking. After learning various on-set roles, he then decided to specialise with our MA Cinematography, which he completed in November 2020.

In this third in a series of alumni interview blogs, we talk with Abhishek Kolge about changing career, photography in Berlin and the production challenges of ever-changing weather…

You came to filmmaking at a later point after studying engineering – what inspired you to change career?

India has one of the biggest film industries in the world when it comes to production but, unfortunately, the Indian education system only sees filmmaking and the arts as a hobby. I grew up watching Indian movies and always loved how they managed to take you into a different world or show you another point of view. It makes you want to be part of it.

But considering our society’s pressure, I was pushed to choose a certain education that is considered more serious and reliable. My father is a civil engineer and I grew up in that environment. However, I underestimated the fact that my father is passionate about it. I on the other hand never felt the same. Fortunately, my family have always supported me and encouraged me to do whatever makes me happy and devote myself to doing it for the rest of my life.

I started doing research and found some small filmmaking workshops where I learned the basics. That’s when I knew that this is what I wanted to do. Later on, I found MetFilm School’s BA Practical Filmmaking course in Berlin and applied for it.

How would you summarise your time studying in Berlin?

Berlin is so artist-friendly and inspiring. As soon as you step outside of your house, every street is full of art and history. I guarantee you’ll find someone else’s artistic trace around any neighbourhood. From street art to musical performances – there are so many unexpected things to stumble upon. Whether its snowfall in Winter or long sunny days in Summer, this city caters to many moods and emotions and has its own unique stories to tell with every season.

Before moving to Berlin, I was told that it’s difficult to survive without knowing German, but it’s quite an international city. Even though people mostly speak German, they do make the effort to speak English if necessary. Being unfamiliar with the city and the language has helped me to observe people more: their body language, their expressions.

Your Instagram is filled with great images from around Berlin. How much time do you spend doing stills photography?

I recently started analogue photography and decided to dedicate my time to it at least once a week. Just walking around the city and taking pictures of anything that inspires me.  There’s the limitation of how many pictures you can take on a single film roll which makes me think twice when shooting. I take more time analysing what I like about the frame and why. Since I only use manual mode on my camera, it’s good practice for me to learn the aperture and ISO of the film, and to consider the different light situations. This practice definitely inspires my other work and helps me to do shot lists and find meaningful frames and compositions that could be related to different stories.

At what point in your BA degree did you decide you wanted to specialise in cinematography?

The purpose of doing the BA Practical Filmmaking course was to understand each and every part of filmmaking so I could figure out which role to pursue. During the course I experienced all the different roles and particularly enjoyed the visual aspect. As a director, I worked with different cinematographers and realized how important communication between the two roles is. I always wanted to get deeper into the technical side of filmmaking and eventually decided to apply for the MA Cinematography to specialize in the field.  Understanding both roles will definitely help me to better communicate my vision.

Last year you shot your graduation project, Goodbye Taipai. What can you tell us about the film and working around lockdown restrictions?

Goodbye Taipai is written and directed by fellow graduate Alan Chen, who studied MA Directing. The main theme of the film is homesickness and its primary language is Mandarin. We planned for almost 10 different location setups and had to shoot two to three a day to work within the time frame. This was quite a challenge with the added COVID 19 restrictions. As the DoP, the biggest challenge for me was the lighting situation. Much of the film takes place outside and, due to the limitations of crew support, I decided to shoot all the exterior shots in natural light. This meant I had to be precise with every shot and carefully discuss set-ups during location recces.

The weather was also a challenge. We started filming right at the beginning of Autumn so things were changing every minute. The first thing I’d do before a day’s filming was to analyse the cloud situation and, for continuity purposes, decide whether to shoot it with the sun or overcast. We faced situations where rain would start pouring and the very next minute it was sunny, bouncing light from the streets. But with our crew’s help and patience, we always managed to find a way around it. Our Course Leader, Ralph Netzer, was always there for me over the phone to discuss and guide me through these challenges.

Changing the setup in multiple locations, maintaining COVID safety measures and facing different seasons in a day was exhausting, but at the end of the day you feel satisfied with your work and it’s always worth it.

What advice would you give to someone considering going to film school?

Once you decide to pursue filmmaking, you’ll soon realise that it’s an enormous world. You need to try out everything, make mistakes and learn from them to find your source of expression. What film school does is help you to reflect on this. You are also surrounded by many other students from different cultures and backgrounds, and it is inspiring to hear and share stories. Finally, never be afraid to speak up, but respect other’s thoughts and opinions.