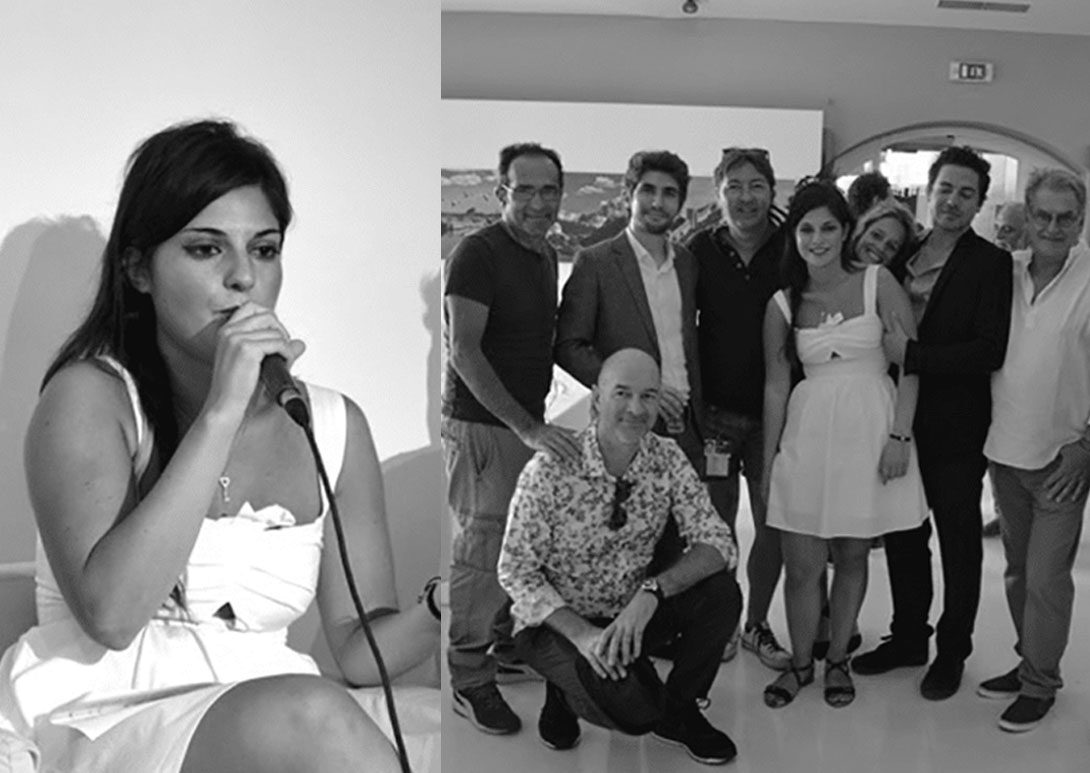 The event has long been one the most prestigious additions to the festival calendar, with filmmakers and the industry elite descending annually upon the island of Lido for a mixture of business and beach resort weather. To Alessandra the occasion was entirely fitting; she herself is a native, her film is set in the region’s nearby countryside, and the project received substantial local support. If anything, the festival was coming to her.

Based on a short novel by co-citizen Aldo Durante, Profumo de Venezhia portrays the culture, language and a particular chapter of the Venetian region towards the end of the Second World War. Alessandra first read the book while already living in London and was so touched by its pages that, in September 2015, she and her Producer Andrea Franchin ambitiously embraced the challenge of making the film – despite being 1,000 miles away. Needless to say, the production progressed through small trips home and was helped along by professional friends and Skype calls, which she relied on to audition roles of her two main young characters.

Discussing the production further, Alessandra is keen to credit the generosity, efficiency and passion of the local people, who she explains were “very excited to a see a film production happening in their small and quiet village; one that spoke about them and their culture”.  The film certainly spurred a roll up the sleeves grassroots reaction, with people offering their free support with location scouting, costumes and props. One particular example is Alessandra’s own locally based high school, who kindly offered catering, and whose young students made an enthusiastic contribution to the shoot – bringing a natural sense of authenticity through their cultural identity.

Looking back on the project…

Looking back on the project, Alessandra says she is “very satisfied” with the results, and “extremely grateful” to her team for placing faith in a filmmaker like herself who is still in the midst of learning. She speaks with (deserved) pride for the film’s initial achievements and has taken a lot from her first professional involvement with the festival. Her self-critique, in fact, doubles up as fantastic advice to fellow student filmmakers. She says,

I confirm I still have a lot of things to learn, especially in the technical aspects, but I’m also proud of my attitude. I’m always focused on my goals and determined to achieve them one way or another. I’m never scared to try, to experiment, or afraid to ask for help – because I don’t see it as a demonstration of weakness.

I’ve often been told in film school that we need to find our voice, but personally I think I have a voice, one that I still need to learn how to use to its full potential.

Congrats to Alessandra (who is currently working on her first feature).