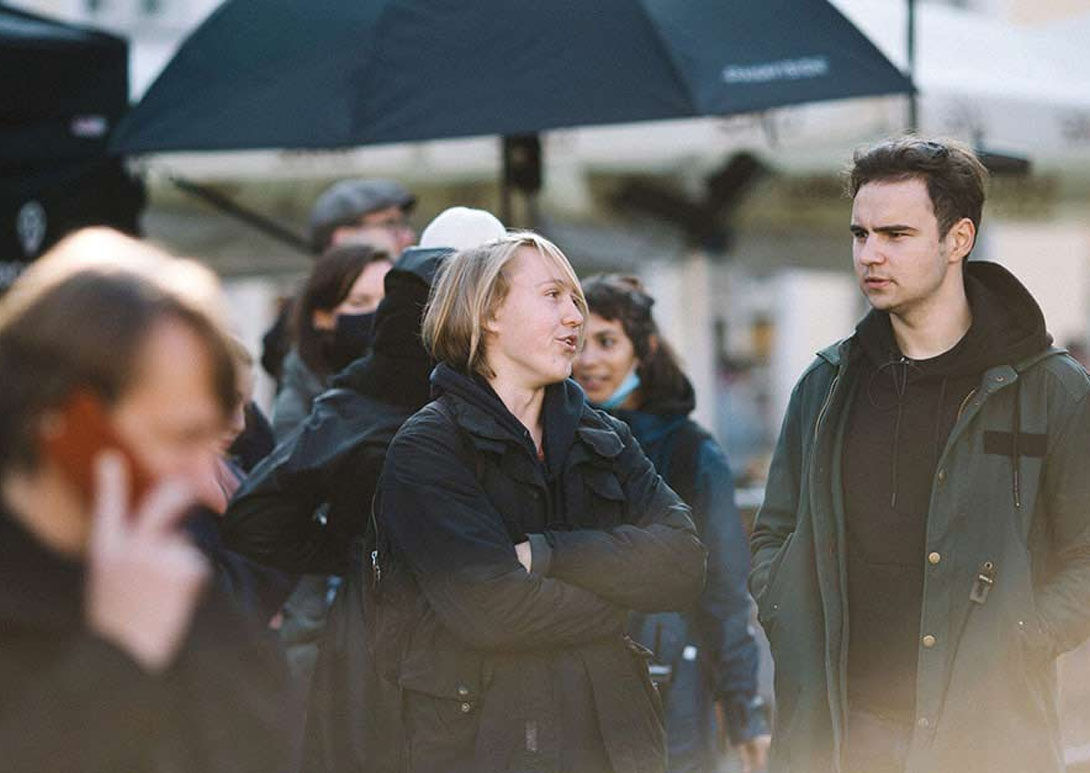 Ask any filmmaker which attributes will help land your first role in the industry and more often then not they’ll mention at least one of three things: passion, networking and persistence. It’s a mentality that current BA Practical Filmmaking student Oliver Kiisa has adopted quickly, having already gained experience working on the sets of Christopher Nolan’s sci-fi mind-bender Tenet, and the highly-anticipated new Bond film, No Time To Die. Originally from Estonia, 20-year-old Oliver moved to the UK when he was just 16, studying his A-levels at Tring Park School for the Performing Arts in Hertfordshire. Since joining MetFilm School, he has used his study breaks wisely – making contacts and learning the industry, while still pursuing his degree, which he’ll complete this October.

To round off the month, we caught up with Oliver to hear about his whirlwind two years…

“Originally, I thought that I wanted to become an actor. I’ve loved films for as long as I can remember but I’d only ever considered becoming an actor… until I saw the Christopher Nolan film, Interstellar; that film blew me away. “I love the story and I love the science. The more times I watched the film, the more I got pulled into what made it work. I researched the making of the film and I started to understand that I definitely wanted to be working in film but, behind the scenes. 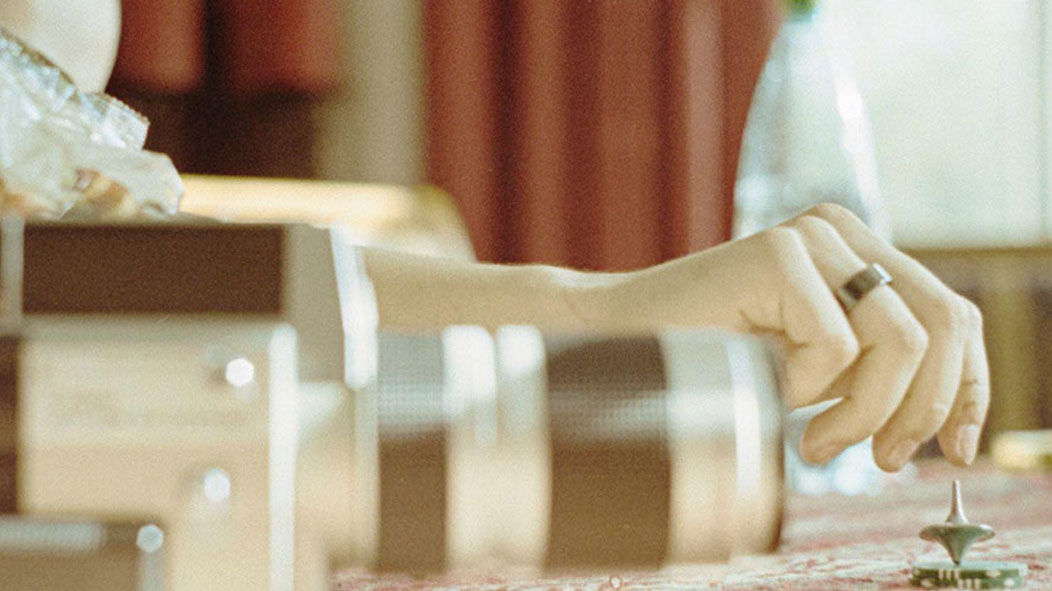 “When I was 17, during school breaks I started to hustle to get on film sets. I knew that I had to make contacts and that I had to be persistent – I was able to get some experience on advertising shoots back in Estonia. “It’s one of the reasons that I chose to study my BA at MetFilm School. They encourage you to work, collaborate and make contacts in the industry… those things are a big part of the School’s ethos, and after my interview, it just felt right – it had a really good vibe.”

Oliver’s passion for film sets and dogged persistence led him to an amazing opportunity – he heard that Christopher Nolan was going to be filming in Estonia for the blockbuster, Tenet. So, Oliver got to work – he put all of his energies into finding a way to get on the set. At first it was looking fruitless, but just as he’d returned to the UK to start his second year at MetFilm School – the Tenet production company got in touch.

“It was such an unforgettable experience, I got to meet Christopher Nolan and work as a Production Assistant for nine weeks. It was tiring work, some nights I would only get a couple of hours sleep, but as soon as I got on set – even if it was two, three or four in the morning, it didn’t matter how tired I was, the motivation came right back – it was such good fun.”

The Tenet experience has opened other doors for Oliver. As well as the new Bond film, he’s just completed working on a trilogy of films in his native Estonia based on the Apothecary Melchior books, and has an Amazon Prime production on the horizon.

The opportunity to work on notable blockbuster productions was an offer Oliver Kiisa couldn’t refuse. While he originally starting out on our two-year degree, the School has been happy to move Oliver onto our BA Practical Filmmaking (Three-Year) to help accommodate shooting schedules. Talking about the shift, he explains;

“Learning about film is not like learning about maths – it’s about making contacts and collaborating… and making films. I know that I have to be as transparent as possible with the School so that I can work in the industry and also work towards my degree. [Tenet] was an amazing opportunity, and I’m grateful to MetFilm School for supporting me so I could keep studying.”

Despite the regular trips home, Oliver was keen to emphasize his love for life in the UK, in particular, the mix of people from different cultures and backgrounds and the “hub of filmmaking” this is London. For now, it’s the place he wants to be.

Looking ahead though, Oliver is clear that he’s working towards his dream job, and would love to eventually become an executive producer with one of the giants of film – Warner Brothers or Paramount.

He explains; “I’d like to work in LA, to get as much experience as possible, and someday take one or more of the big film companies to Estonia. It could become the filmmaking hotspot for Eastern Europe and the Scandinavian countries – it’s a county that has so much to offer.” 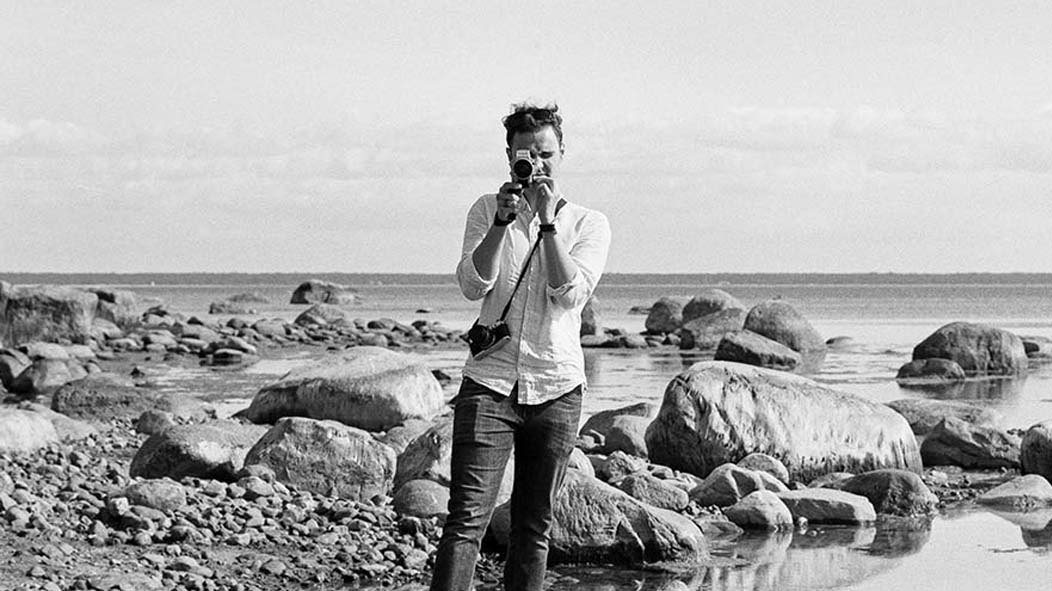