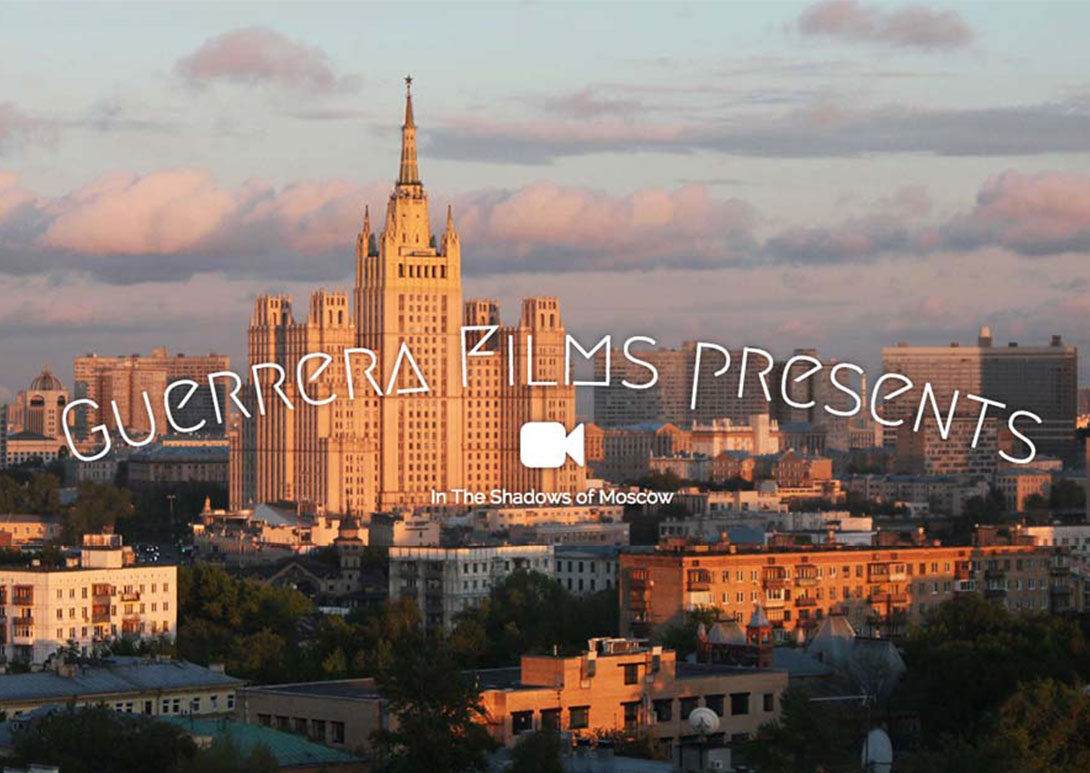 Sonum Sumaria is a British-Asian filmmaker from London who we are proud to announce will be joining Met Film School in October to study on our MA Cinematography programme.  She is a successful filmmaker, having directed and produced a number of independent films, including a feature-length documentary on Hindu Nationalism entitled Even The Crows: A Divided Gujarat and the award-winning short film Goppi, The Cuban Indian. Her most recent project is In the Shadows of Moscow, a documentary about the hardships of migrants in Moscow that explores the intimate stories of four key characters from Armenia, Uzbekistan, Cuba and Russia. At a personal level, Sonum describes herself as having a “passion for justice, and is particularly drawn to this theme when making films.” Sonum has spent the last year making the film and has now launched a crowdfunding campaign to help complete colour grading, sound edit, music and distribution. You can watch the trailer below.

We got in contact with Sonum this week to ask her about the project, her approach to filmmaking and joining MetFilm School this Autumn.

What originally inspired you to make In the Shadows of Moscow?

I had moved to Moscow to work as a languages tutor for one year, and soon after my arrival, I noticed a strange segregation between migrants (mostly from Central Asia) and Russians. Having been brought up in multicultural London, I was very sensitive to this unsettling atmosphere of division.  Most of the street sweepers and builders were migrants, I noticed people staring at them with hostility on the metro, I saw a security guard roughly manhandle one street sweeper for no reason, which got me quite angry, and I also picked up on Russian people’s general views of migrants – there was a lot of fear and negativity towards them – treating them as the ‘other’.

I had planned to make a documentary while I was out there – and after witnessing this, I knew that I wanted to make a film exploring discrimination and migrant life.

When dealing with such personal and delicate subject matter & sources, is it difficult to remain objective as a documentary filmmaker?

Definitely – I mean, I completely empathised with the people I filmed, which I think is natural for a filmmaker to do. It’s extremely important that you put yourself in your characters’ shoes and try to understand what they’ve been through. Of course I had to be objective in some instances – while researching and interviewing different people – but I spent a lot of time with my characters where I was completely immersed.

What do you think are the pros and cons of crowdfunding films such as yours in the modern age? Is this the first time you have attempted it?

Crowdfunding is a great tool for filmmakers these days – it means that you can make films that aren’t so commercial, but that you’re passionate about – however, it’s very tough work! A lot of effort is required to find the right people who’ll back your project! I’m still crowdfunding at the moment- so if anyone’s interested 🙂

Your life and career background has had huge global reach. How do you think this has influenced your approach as a filmmaker?

Having been brought up trying to balance two different cultures (British and Indian), and having had the opportunity to travel and live in Latin America and Russia, I have got to know some very distinct ways of being. I guess this has helped me to be more open-minded and to see things from different perspectives –  but also to notice the similarities between people (regardless of where they’re from).

We’re excited that you are starting our MA Cinematography course in October – what drew you to MetFilm School?

I was drawn to MetFilm School for a number of reasons – firstly the MA in Cinematography looks like a great in-depth practical course, which I think will be a brilliant way to develop my cinematographic skills.  After visiting the school and hearing positive experiences from a couple of alumni, I felt that studying at MetFilm School would be a fantastic opportunity. Can’t wait to start!

What are you hoping to get out of your study at MetFilm School?

I’m hoping to gain a deep understanding of the complexities of lighting, composition and camera movement; I’m looking forward to collaborating with students and challenging myself creatively, and of course making some lasting friendships.

What advice would you give to individuals thinking of getting involved in filmmaking?

Go for it! If you’re passionate about filmmaking, you won’t regret it! Tell the stories that you want to tell and even when things are tough, don’t give up!

Watch the trailer for Sonum’s In The Shadows of Moscow