10 takeaways from our Masterclass with Director Sarah Gavron 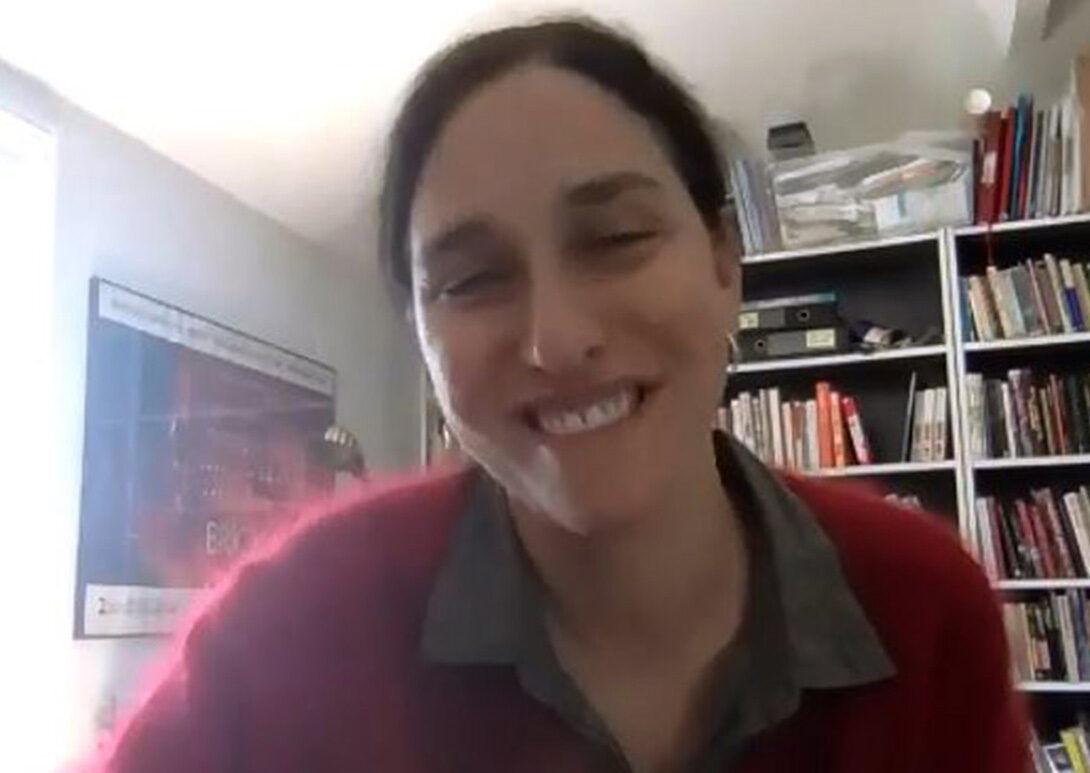 Here are 10 things we learnt from the virtual masterclass with Sarah Gavron.

Sarah Gavron has fast become one of the UK’s most sought-after film directors with films including Suffragette, Brick Lane and This Little Life. A good friend of MetFilm School we are deeply proud to have produced Village at the End of the World with her. She talks exclusively to MetFilm School Director, Jonny Persey about her work, her career, and her journey so far.

Looking back, I feel very lucky that I started off in a film school environment because now I know how incredibly tough it is out in the real world. It’s a haven where you have your peers, where you can experiment, making it the perfect place to make mistakes.

I made around nine Short Films, before making anything long, but I never did any work on a feature film set until I was the director. I didn’t know how to work in the professional world. Although there are masses that you learn from making short films; my one piece of advice would be to do anything on a Feature set before you go onto longer-form TV, just so you can feel the mechanics of it. I remember being on a six-week shoot where I learnt so much about the role of the assistant director, who is your right-hand women/man so that my focus remained on what the actors were doing, not worrying about the logistics.

This is my biggest takeaway from film school. As a director, you are the jack of all trades and master of none. You don’t have to know how to do everything, but you have to have a sense of how things are done. You are the only person interacting with the actors; therefore, you must make them your absolute focus. Although I have done some acting at school, I didn’t really know how to communicate with them.

Holding onto your vision and when to let go

At the beginning of most projects, I have a very strong vision, but then I allow it to be totally dismantled – I let that vision be challenged by the people I work with. With Rocks (2020) I wanted it to be a collective vision of the team. I couldn’t tell the story of young diverse girls growing up in East London, as I’m an older white woman living in North London. What I could do is bring together the team and use my directing skills to facilitate this; it was very energising and exciting. There’s a very fine balance in filmmaking; sometimes you have to hold onto your vision, other times you have to let it go.’

The Role of a Director

Fellow director, Tom Shankland, who myself and Jonny (Persey) were at film school with, gave me two pieces of advice which have stuck with me ever since: Your job as the director is to deal with problems and make decisions all the time. You can always change your mind but just be confident in what you have decided.

It’s all about chemistry. Their way of working has to work with your way of working. Meeting people and having interviews as well as talking to other people in the industry who have also worked with them is key.

Female Empowerment and The Challenges Faced

Rocks is such a female-centred project. I wanted to inspire the team that one day they could be a Producer or a Writer or a Director. I know from my own upbringing; I didn’t think of being a director because I didn’t see any female directors or their work. I wanted a crew that was young, female and where possible, from a similar background to the girls so they could feel relaxed. For me, it was important that the crew could have input into the storytelling as I wanted it to be a very conversational, collaborative experience.

When I came out of film school there were so few female directors and there was less of openness to women directors, so I was often in a room with just men at Film Festivals and parties. I think there has been a massive shift in the last 2-3 years and the ‘Me too’ movement has also contributed to this massive shift; I am grateful for all those women who spoke out.

Advice for Females Going into Industry

Just know that everyone gets turned down, even men. It is built into this industry. We have to accept rejection over and over again and not get put off by it, just keep going!

Making best use of your time in lockdown

It’s a tough time, so don’t give yourself too hard a time. It is so important to see whatever project you start, through to the bitter end. If you want to make a website, go for it and see it through, get it up and running, don’t just start it. If you decide to make a short film, don’t just keep it as rushes on your computer, edit it and get it out there for people to see. There is always reading to be done; with so much online at the moment it can be overwhelming but there is BAFTA Guru where you can watch lectures.

Editing is so fundamental. With Rocks it was really challenging; it was more like editing a documentary. We had 150 hours of footage, way above any ratio I have ever had before. We were doing 45 minute takes on two cameras, and every take was different. Editor (Maya Maffioli) recruited an Assembly Editor to work alongside her, as she was editing as we were shooting. Every night we would review the scenes, select what was good and what wasn’t, which gave us a steer as to how we should shoot the next day. She was fantastic at pulling out the comical moments in Rocks. I really trusted her.

Are you, like Sarah Gavron, passionate about a career in the Film & Television industry? Find out more about Directing courses at MetFilm School.