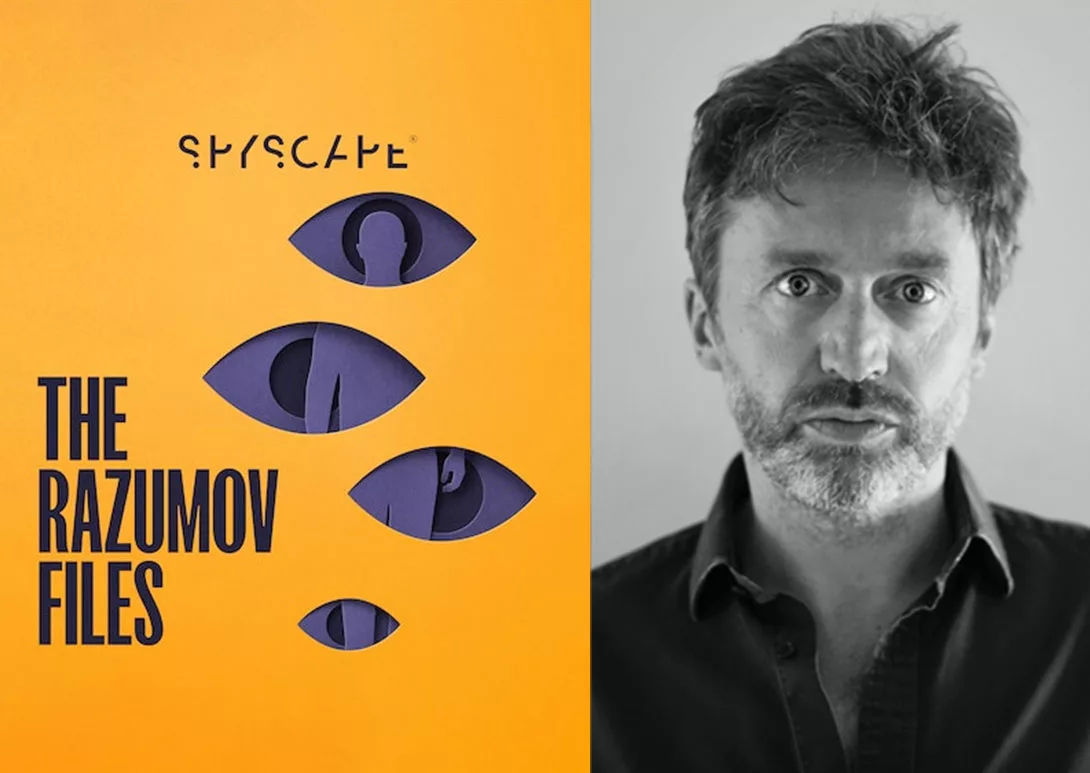 Having developed a love for the podcast medium over the last few years (which continued to grow, as it did for many others, during the Covid lockdowns), Justin wrote and directed this six-episode series, and in today’s blog, he spoke more about what he learnt from working in an audio-only format, as well as his tips for compelling voice acting…

What inspired ‘The Razumov Files’ – did you always envision it as a podcast?

Sort of. I have always loved the source material, and especially the complex, multi-faceted character of Razumov, who is both the hero and the villain of the story – he has haunted me for years. I’ve always wondered about adapting the book, but I was put off by the scale.

In about 2018, I started getting seriously into podcasts, and around late 2019, I started thinking about Conrad’s novel again. I wondered if it could work as audio-only, but I had a block: I’m not a huge fan of audiobooks or radio drama. I soon realised that the best ‘stories’ in podcasting were True Crime shows like ‘S-Town‘ and ‘The RFK Tapes‘, and I began to think about what it would be like to do an adaptation where we pretended the novel didn’t exist, and that the story was ‘true’, being pieced together from ‘recovered audio’.

I pitched it to my great friend, Graham Hodge, who happens to be a fantastic podcast producer (and a man of impeccable taste!), and with the Covid-lockdown leading to a surge in demand for audio, he commissioned the pilot script for the first episode.

Podcasts are especially popular because of how ‘consumable’ they are – do you see them as an example of media adapting to our times?

Serialised stories have always been popular – it was how Charles Dickens published many of his novels, for example. However, there’s no question that the advent of streamable audio has been a game-changer. I can’t speak for others, but podcasts have changed my life, honestly.

During Covid, I took a deep dive into the complex, long-form content that podcasting really excels at. I would take my dog on long, 2-3 hour walks after the working day was complete and just consume a vast amount of material. I felt like I’d gone back to university, and suddenly had this opportunity to educate myself all over again. I listen to less now, obviously, as ‘real life’ has taken over, but for me, podcasts remain the high watermark of this fusion between new technology and ancient forms of storytelling and information sharing.

Having previously written and directed your own films, what was it like to write and direct for audio? How did you adapt your style?

I tried not to think about it too much. One big difference with audio is that you can do what the novel does – write the internal state, which means the inner voice can be expressed. In visual storytelling, it’s all about showing this internal state through external behaviour, but in ‘The Razumov Files’, I wanted to bring something of the verisimilitude of filmmaking into the process.

I wanted to avoid the fake-ness and studio-bound feel of radio drama, so we often took our lead actor, Jessica Brown Findlay, into outdoor locations to try and capture some of the ‘real-ness’ of the story. For the most part it worked really well.

Why do you think podcasting has become so popular? Were there benefits you found particularly unique to the format?

The obvious benefit of podcasts is that the listener has total control – you can stop or start whenever you wish. Plus, there are podcast on literally everything. On a deeper level, I think this explosion of content also satisfies our curiosity – a lot of media is driven by advertising, which often dictates length of editorialises our content. Podcasting bypasses this – they can take a niche topic, and explore the weird and the wonderful in a totally compelling way.

That’s not to say podcasts are free of these tendencies, but there’s more freedom to curate your own content and get as involved as you like. For me, it’s like music – depending on what mood I’m in, I’ll listening to something that either suits that mood, or that will challenge or bust me out of it.

As Programme Leader for BA Screen Acting, what do you think makes for compelling voice acting?

Sincerity – and a total lack of artifice. In the 1980s and early 90s, broadcaster Terry Wogan had the biggest audience share on radio, something like eight million listeners tuned in every morning for his breakfast show. The other big, flashy shows – things like Capital Radio, just couldn’t get close to him. When asked why he was so successful, Wogan replied that the only ‘technique’ he had was to imagine he was talking to just one person.

If you listen to those brash, prime-time shows, the hosts are shouting into the mic. They’re like that person you can’t get rid of at a party, the one who just keeps yelling at you. Wogan was like a gentle uncle, sharing his thoughts with just you, and I think podcasting is the same. Authenticity breeds intimacy, so to anyone doing it, I’d say to be yourself. Speak to the person, say what you mean, and mean what you say.

Finally, can you recommend any of your favourite podcasts?

Lately, I’ve been exploring all sorts of things, and I tend to search as much by topic as I do remain faithful to a single show. That said, here are some that I go back to again and again:

And finally, I should also plug ‘True Spies‘, as I’ve written five episodes for them on historical figures, with a trilogy on showbiz spies coming out in a few weeks!