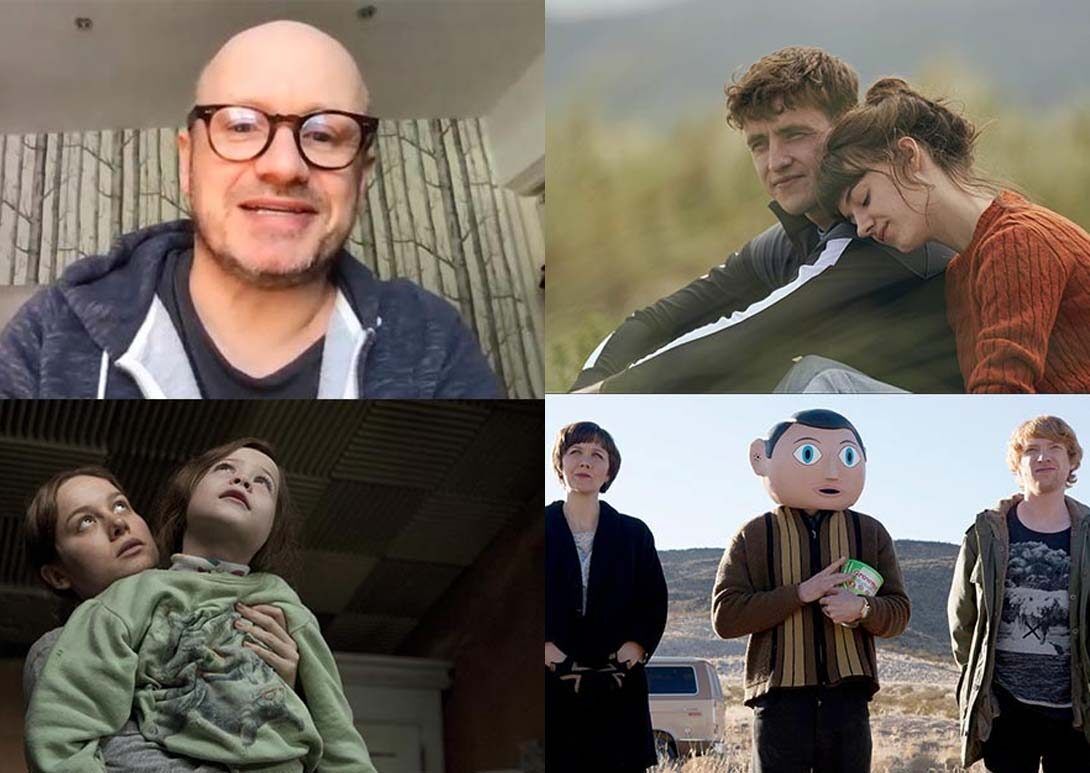 Here are 5 things we learnt from the virtual masterclass with Director Lenny Abrahamson.

Lenny Abrahamson is the director of the recent BBC acclaimed television series, Normal People starring Paul Mescal and Daisy Edgar-Jones, adapted by and based on Sally Rooney’s novel. Lenny previously directed the critically acclaimed Room, starring Brie Larson and Jacob Tremblay. The film was nominated for four Academy Awards, including Best Picture. Lenny Abrahamson gives an exclusive masterclass to MetFilm School about his career, following your instinct and shares his advice for up and coming Directors.

HOW IT ALL BEGAN

For a long time, I was on an academic path; but I always loved reading about and watching films. During my late teens, I began watching a broader selection of films from European cinema. I went onto study Science at college but soon realised I had made the wrong choice so switched to Philosophy, which I loved, but at the same time I still had this nagging desire to work artistically. Ed Guiney who has since gone on to become a film producer encouraged me to take a leap of faith and do something that I had always been interested in; Directing – a role he very much still plays in my life today! After finishing college, between us we had saved around £2,000 and decided to make a short film called 3 Joes which I directed. We took it to various film festivals and the film won several awards.

A lot of my work is book adaptations, which I’ve been trying not to do for a while, as it’s not the way I would like the industry to go. However, it is a lot easier to get work off the ground if the studio and funding can see the book. Particularly, if the book is well known and brings with it an audience.

When you have success with book adaptations you get your pick of what you want to work on. It can be seen as an easy way out, if you are struggling with your own script and something amazing lands on your desk that is intriguing and fascinating like Normal People. Ed Guiney was given an early copy of the book, loved it and urged me to read it. At this point I didn’t want to work on any more literary adaptations, but I read it and fell in love with it. The BBC gave the green light to make Normal People with entire freedom to make it exactly how we envisioned it.

When I read Room, I instantly got the feeling of ‘I have to do this, and I will grieve for years if I don’t get to do this’. I knew exactly how I wanted to film it; I could feel the sequences. It felt so exciting and intensively vivid for me and I had that feeling throughout. I must feel like that to be able to make something well. I’ve had instances with projects where I could see its value both original and adaptations, but that appetite and impulse wasn’t there.

1. Be selective – When starting out, there is this feeling that every moment in the script is vital and must be given its equivalent image and shot – this is not the case. Firstly, that takes up a lot of time and secondly it means that everything is equal, and nothing is more important. It’s important to have a certain amount of looseness and not get caught up in covering everything.

2. Don’t overload your crew – When walking onto set it is better to say as little as possible, with little intervention and to be open to what you see. If not you run the risk of shutting things down that might just happen naturally if you stood back. I don’t recommend telling everybody everything straight away as the crew cannot hold onto so much information and it becomes stressful.

RELATIONSHIP AND DIVERSITY AMONGST THE CREW

With my crew I will discuss my instincts, but I won’t try and nail it, I just start the process. Myself and my Director of Photography, Suzie Lavelle (Normal People), will watch a lot of films together and try and use the time to help me communicate my instincts in a concrete way. We also look at photographers, other filmmakers, discuss aspects we did and didn’t like. All of which helped us to refine our instincts without over-specifying the detail.

On Normal People, I made a conscious decision about the gender balance amongst the crew. Particularly important where we had intimate scenes and personally, I felt that it would not have been acceptable or productive to have the usual male-dominated crew on set. It helped massively and in particular made Daisy (Daisy Edgar-Jones who plays Marianne) feel a lot more comfortable on set.

Interested in a career in Directing like Lenny Abrahamson? Take a look at our Directing courses on offer at MetFilm School