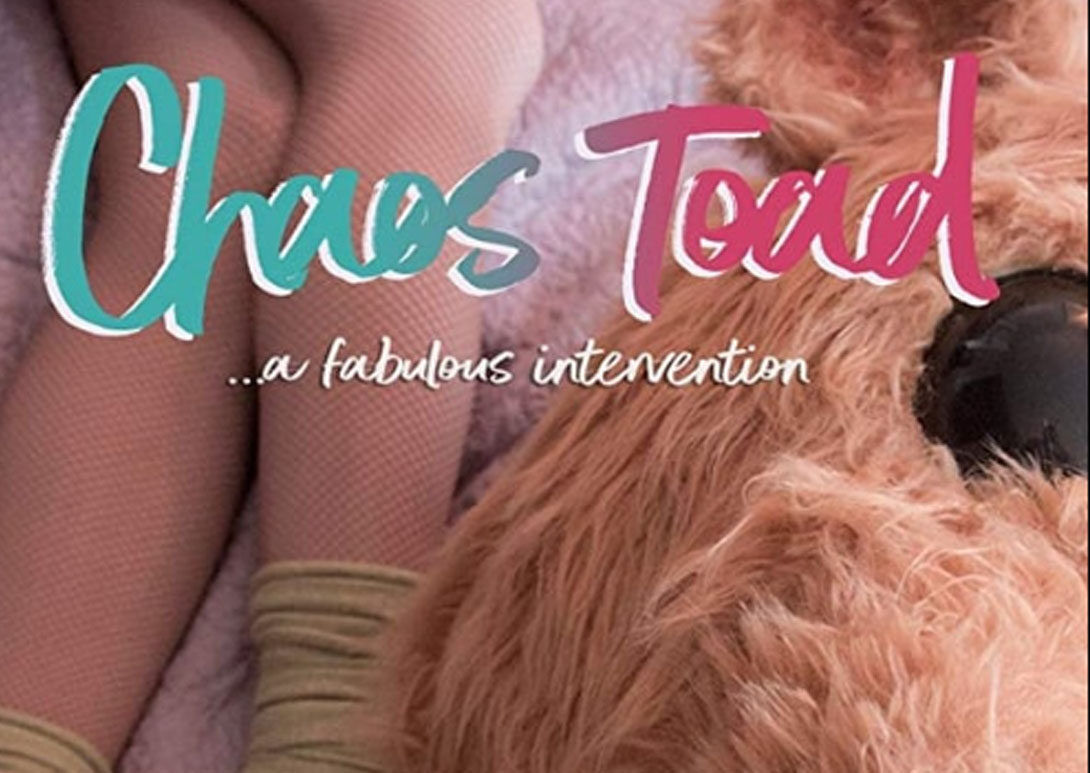 To date, the short film has been screened at a number of prestigious festivals, including; ARFF Around Film Festival, Rainbow Umbrella Film Festival and Short to The Point Film Festival.

Produced by and starring Tomm Coles, Chaos Toad is an LGBTQ comedy about a man living a rather grey life, as a carer for his mother, who receives a surprise intervention from his fabulous imaginary childhood friend.

We caught up with Tomm about his experience making Chaos Toad, its unexpected success and what’s next for the Producer.

For me, the main priority of my graduation film was to learn. Every stage of the process was new to me. I found a piece I loved and I wanted to do justice to the script and create a positive working environment, which largely I think I did.

I always knew I wanted to make a film that touched on LGBTQ issues and so finding a team who I felt comfortable working with was so important. I found a great team at MetFilm School; the director and cinematographer are both graduates (Carlos Lopes, MA Directing and Rafael Rolim, MA Cinematography).

Sometimes there’s pressure to make LGBT films edgy or dramatic. Chaos Toad is a simple, sweet and sincere film touching on subtle elements of the gay experience. I am realising now that the story is more universal than I had originally thought. The feedback I have from programmers is that it provides light relief and fits well in amongst a selection of heavier films.

Making a film is hard, and the pressure was definitely a surprise to me. We had a lot of challenges along the way and it became clear to me that problem solving is a massive part of producing.

On The Film’s Success

Chaos Toad wasn’t the film I initially wanted to make. For me, it wasn’t about getting into festivals and winning awards. However, I did want to honour the work put in by the rest of the team so I submitted the film to a few choice festivals. It is now approaching its fifth screening and I’m thrilled that it is heading to the Paris Short Film Festival in May. I’ll definitely be going to that one.

I’m incredibly proud of the work everyone put into this film and I will keep pushing through festivals to ensure that as many people as possible see it. We’ve been offered a distribution deal on the film, but I’m keen to wait until it’s had a year on the road before I commit to selling it and having it housed somewhere longer term.

I loved acting in the film but it was a massive challenge. I would be reluctant to do it again, at least before I have the budget for a Production Manager and a Line Producer to help. I remember doing a scene and all that was going through my head was car parking permits and when to get the team lunch! At this level, a Producer wears so many hats.

I’m working on a feature at the moment with fellow MetFilm School Graduate, Sienna Beckman (MA Producing). I might even make a cameo, so keep your eyes peeled!

Think you’ve got what it takes to be a Producer? Get in touch to learn more about MA Producing at MetFilm School.