Time to Level Up: Masterclass with UKIE CEO Jo Twist 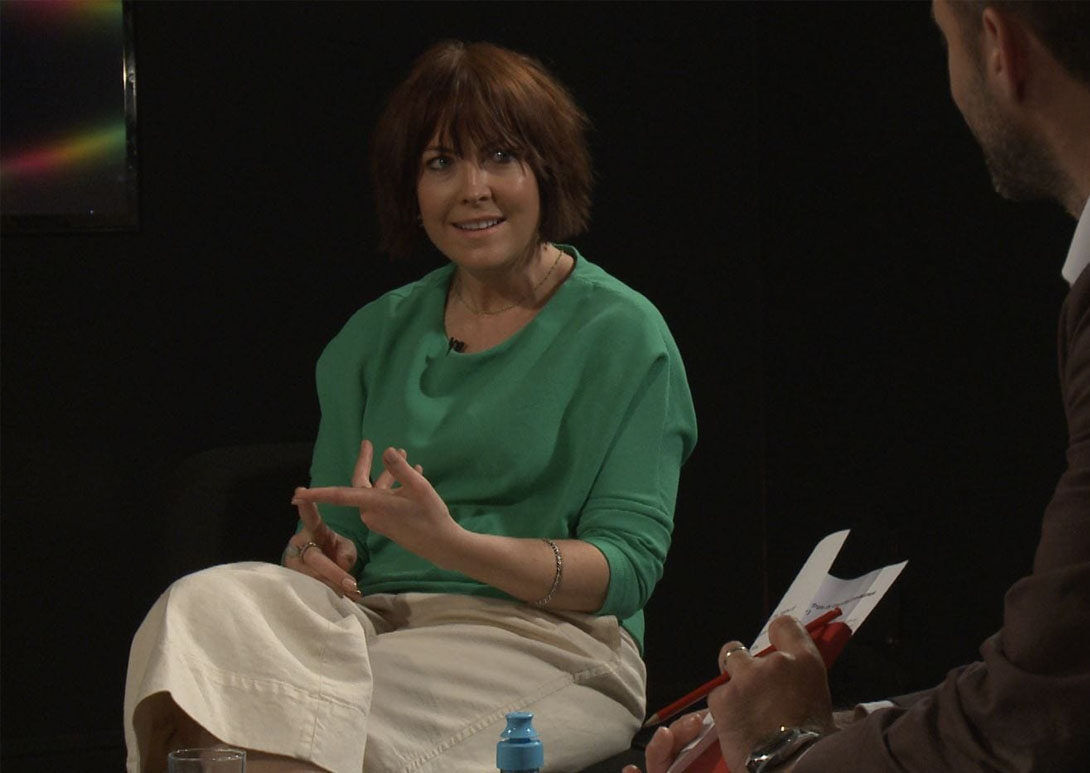 Last week we had the pleasure of hosting a masterclass discussion with Jo Twist, the CEO of UKIE (The Association of Interactive Entertainment). The company is a non-for-profit organisation that is focused on talent development – offering subscribers vital support, advice, discounts and connections. They are the UK’s only trade body for the gaming industry and therefore play a pivotal role in supporting one of contemporary culture’s most progressive, inventive and misunderstood sectors.

In an era where the music and film industries are arguably going through an identity crisis at the hands of piracy issues, the gaming industry is flourishing. You only have to look at the success of Rockstar North’s Grand Theft Auto V – selling over 2.25 million copies in five days – to understand that the gaming world has grown far beyond its teenage boy audience tag. Not bad for a company based in Scotland.

Early in the talk Jo was quick to contextualise the UK’s position within the grander industry, noting that despite being 5th in the world in terms of our consumer market, we have “slipped down the ranks” within an industry context. It’s this imbalance that UKIE aims to nurture, encouraging younger generations of “tinkerers” to write technology, rather then simply read it.

The remaining task then is getting the rudimentary knowledge and skills in the likes of coding instilled. The argument that educational institutions are outdated in giving the majority of their attention towards Microsoft Office packages is an interesting issue, and one that gaming legend, and UKIE Vice Chair, Ian Livingstone discusses in this fantastic recent interview. The silver lining though is that creators now having access to a wide range of free tools, meaning the business model is being challenged and self-publishing has become more accessible then ever before – something that has only fuelled the rise of smaller, app store games for mobile handsets.

Why a host a games expert at MetFilm School?

At Met Film School we’re always eager to emphasise that despite being a ‘film’ school in name, we are equally aware that the courses we offer prepare students with skills suited for any number of creative industries. Particularly after hearing about the wide range of roles within the gaming world, we realised that much of what is taught here would have substantial relevance within the industry, something Jo herself acknowledged in saying, “the skills that you need for making any creative content are transferable.” In reality, students studying media and technology should be prepared to be adaptable if they want to benefit from a greater pool of opportunity within the working world.

It also seems relevant to highlight the filmic content of games themselves in the 21st century. Some of the most successful releases in recent years have featured complex narratives, fully fleshed characters, carefully considered mise-en-scene and inspired genre tropes. A fine example would be the cinematic Heavy Rain (PS3); a neo-noir thriller that borrows respectfully from films like David Fincher’s Seven. Even the idea of having a ‘trailer’ for a game, of which you can watch below, reflects the growing relationship between the mediums.

So what does the future hold for interactive entertainment? Well despite coming a long way from Atari’s Pong, Jo is keen to point out that it is an industry still very much in its infancy. With technology advancing, an expanding variety of playable platforms, wider audiences engaging and an increasingly diverse selection of titles, gaming has a greater potential then ever before for development, which is exciting for media types looking to work in an area that has multitude of opportunities. In listing the kinds of roles available in the industry, Jo rattled off the likes of programmers, audio designers, motion capture experts, artists, writers, lawyers and PR types in quick succession.

Yet the notion of gaming being in its ‘infancy’ still feels more related to public perception. For the industry to truly develop it needs the level of cultural recognition bestowed on cinema in order to truly evolve. Towards the end of the Masterclass Jo stressed this clearly, saying that gaming needs to be;

Important enough to be supported financially and culturally, but also in terms of its heritage, and to be able to archive our fantastic creative products. We are the birth place of the games industry and this should be preserved, and not just the games themselves, but the whole creative process and concept artwork – everything.

If you are a student that feels you might be suited to a future career within the gaming industry, you can get a membership with UKIE here.

MetFilm School would like to thank Jo Twist for taking the time to come and talk to our students in what was a fascinating and refreshingly different Masterclass.