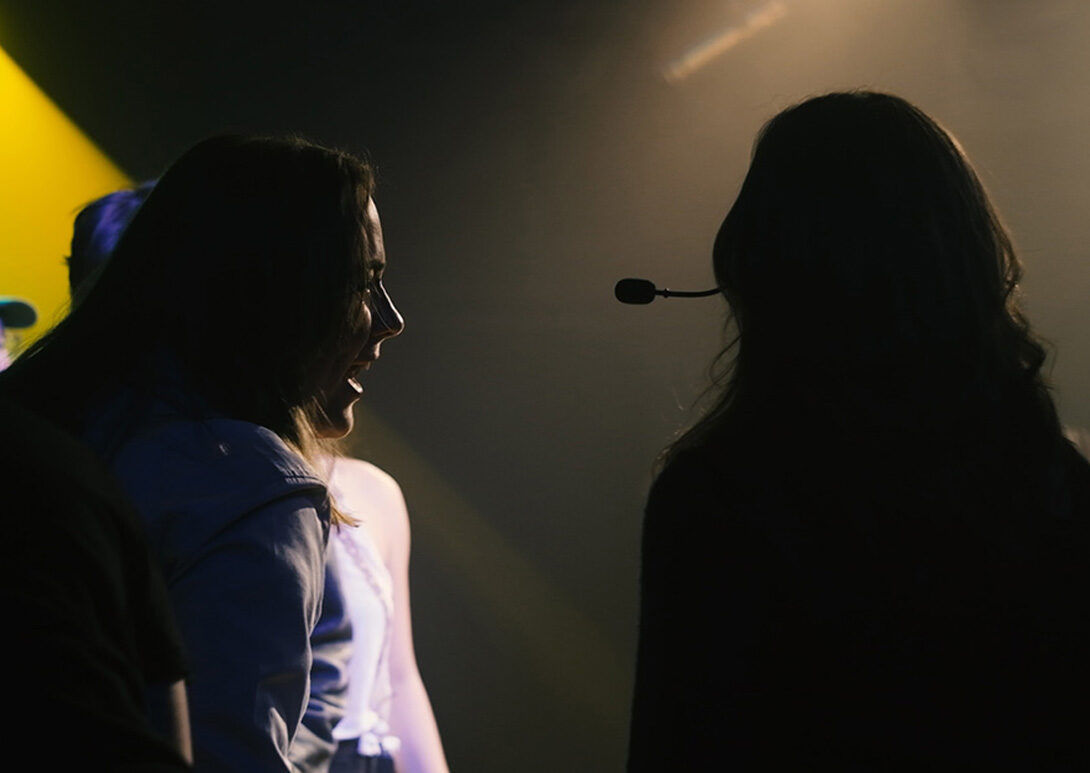 As we ease into the final month of a rather strange year, many of us are on the lookout for inspiring, life-affirming stories of community and togetherness. Luckily for you, we come bearing a fitting gift in the form of Contact – a short documentary created earlier this year by MetFilm School BA Practical Filmmaking student, Parmida Hamdollazadehkive.

Shot back in Spring 2020, the film follows a group of music graduates making final preparations for their annual school musical at one of the largest high schools in Stockholm, Sweden – Blackebergs Gymnasium. Work on the show had begun in September 2019, but with Coronavirus restrictions in place, audiences are much more limited than usual. However, this doesn’t dull the students’ collective feeling of joy and determination to make sure the show does go on.

Firstly, what attracted you to document the musical and the students’ journey?

Contact was a happy accident really. At the time, my younger sister, who’s one of the interviewees in the film, was doing her last year in high school here in Sweden. She studied music, and every final-year music student in that particular high school makes a musical at the end of the academic year. This year’s edition was RENT. It all started with my sister asking if I wanted to come with her to rehearsals and help them shoot some content for their social media. Even in that moment, it never crossed my mind that I could make a film about this great concept; a musical held in the midst of a pandemic. When I actually reviewed the footage I got from the first rehearsals, I started to visualize what it would look like if I made it into a complete film. So I kept shooting, wrote a script, shot an interview, cut it together and boom, there it was; Contact. 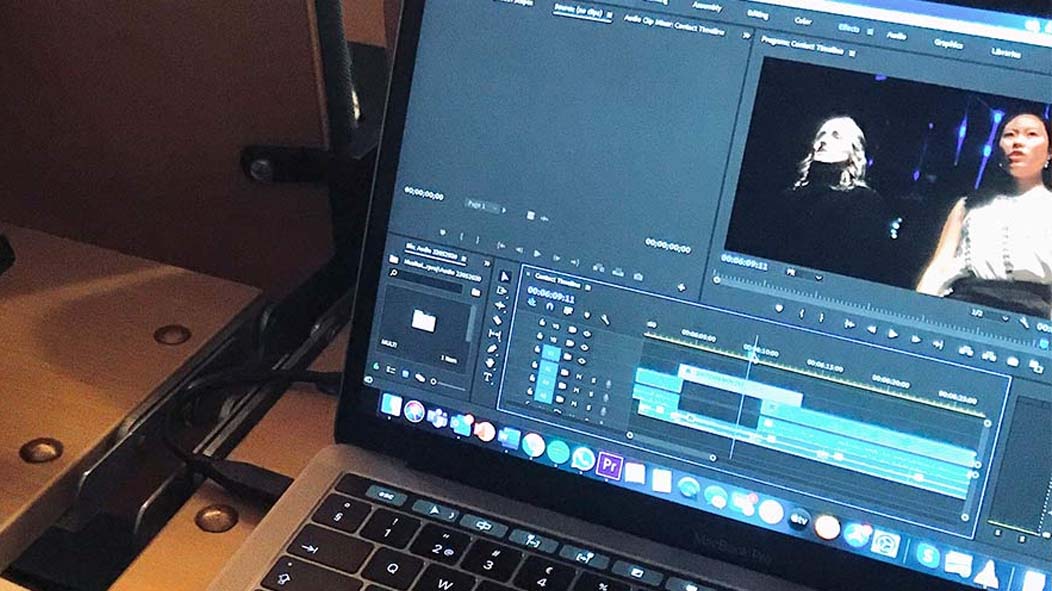 When it became clear that you could make a film, did you have a clear view of the final piece, or did the structure form over the shoot?

It all kind of came to me as I shot the film. With documentary filmmaking, you have to go in with some kind of plan and vision, but you also have to expect the unexpected. There are a lot of beautiful moments in the film that I never would’ve imagined getting on camera, such as the emotional ending we got with the students. Just that single moment shows the huge amount of passion they have for music and creativity and how it helped them get through this difficult time.

Compared with larger crew projects you’ve been involved with, what was it like to make something independently?

Working solo is definitely a completely different experience than having a crew behind you every step of the way. There are pros and cons to both workflows and it depends entirely on the concept and format that’s going to be shot. Due to the regulations we had at the time, it was sensible to make this film into a self-shot project. Contact was my first ‘real’ self-shot film and it was such a humbling and joyous experience. One of the most important things that I learnt about self-shooting, is that you need to be brave enough to make your own creative decisions without having a second or third opinion. In addition to that, you need to be quick on your feet to make sure you don’t miss any important moments on set.

The film really emphasizes the importance of both creativity and togetherness – what do these things mean to you?

Creating is really what has kept me going throughout the pandemic, anything from filmmaking to cooking. I think Contact also emphasizes connection. Connection with music, connection with people, connection with yourself. Connection creates passion. It’s our connection to things and people that gives us the energy to stay passionate, and when you’re practicing your passion with others, the connection grows. Without my passion for filmmaking, I wouldn’t be where I am today, both physically and mentally. 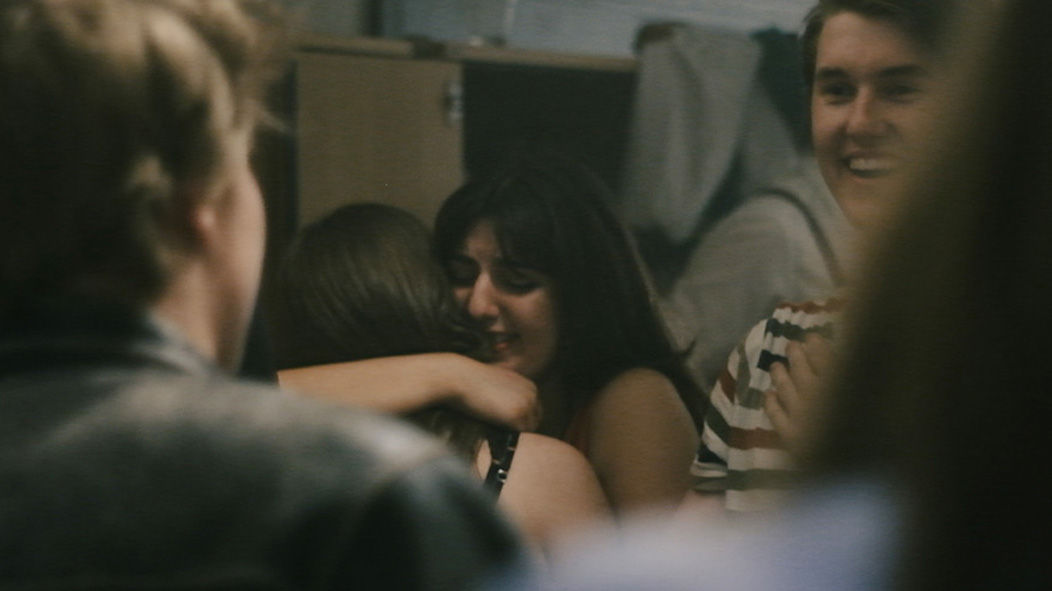 You can really feel the students’ emotional release after the premiere – do you think the pandemic’s impact on young people’s wellbeing has been underestimated?

For sure, especially for creative souls like myself. When shooting, we were all of course following the restrictions set by our government. Despite that, we were constantly worried that they wouldn’t make it to the end or that someone would in fact fall ill, so a part of the emotional release was the fact that they actually made it safely to the end. It was such a huge accomplishment! If this musical wouldn’t have happened, the thought of where the students would’ve been mentally today is honestly scary. They grew so much throughout the process, and I definitely grew with them!

What for you makes documentary so effective as a medium?

It’s visual storytelling at its finest! With documentaries, we get the opportunity to discover and learn about the world directly through the camera. We get to hear hidden stories told by authentic people and if we’re lucky enough we even get to hear people’s deepest secrets. What I’m about to say is definitely debatable but I think that non-fiction evokes emotions in a very different way than fiction. After all, the goal with documentary filmmaking is to capture real life in the most truthful way as possible, and there’s something really charming about that in my opinion.

What do you hope people take away from the film?

LOVE ALWAYS WINS! Simple as that. The students’ determination to get this done was all thanks to their love and passion for the musical and each other. It would’ve never happened if it weren’t for that.