On Set Diary: A Day in the Life of Director’s Assistant Emma Wilkinson 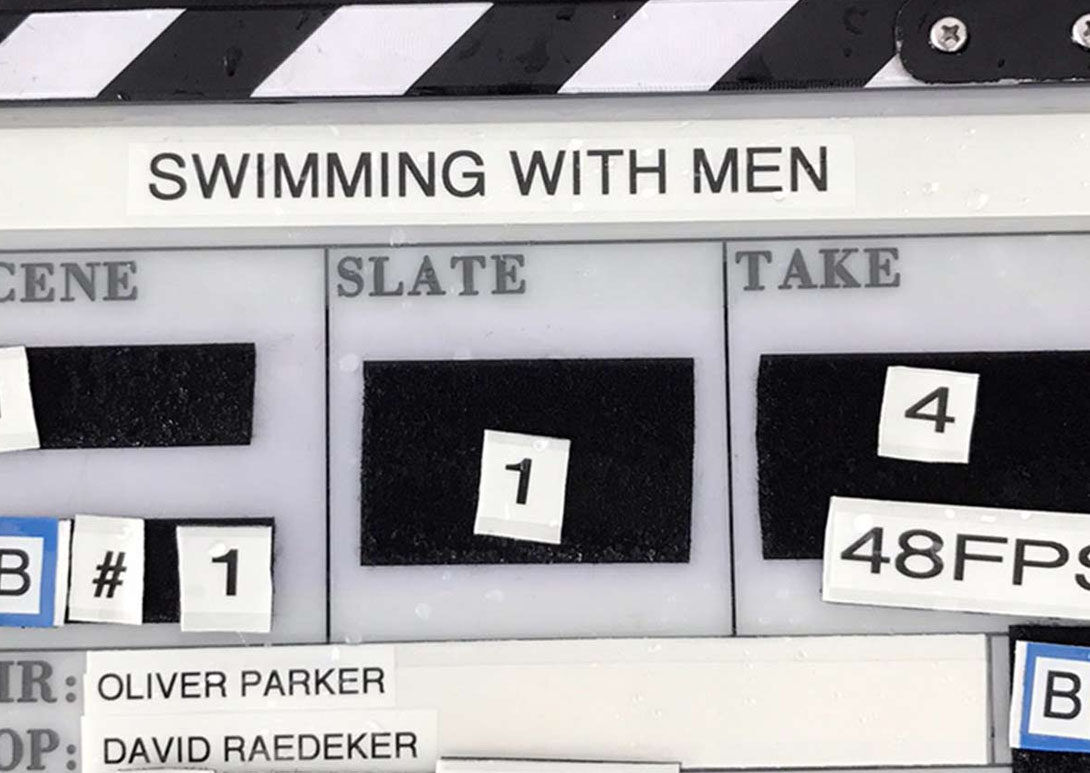 There’s nothing quite like working on a production to remind yourself just how much can be achieved in a day. Ask anyone involved in the filmmaking process and they’ll tell you that the hours are long, much coffee is consumed and that things move pretty fast. In this second in a series of blog posts, MA Directing graduate Emma Wilkinson gives us the lowdown on her experience working as Director’s Assistant on MetFilm Production‘s comedy feature Swimming with Men. Her words come from the fourth week of shooting, written on a particularly sunny day in Essex. To find out a bit more about how Emma got involved in the film, you can read her first guest blog here.

On being a Director’s Assistant

While plenty of on-set roles are varied day-to-day, I’d say being a Director’s Assistant is particularly so. There are certainly core duties everyday (e.g. driving the Director to and from the set, keeping refreshments coming), but it’s a job which can change frequently depending on your Director’s needs. This could involve anything from administrative tasks for the production, taking their dog for a walk, or just being an extra pair of eyes and ears on set. Basically, the crux of the job is to step in and do whatever is required to help the Director make the most of their time on set.

Time and mind-space are particularly valuable currencies in the production process. Shooting starts early and days are very long. Whereas some departments find themselves having downtime now and then, the Director is in demand all day. Anything that can be done to save them a bit of time, or alleviate stress, will always be appreciated. This could be something as simple as taking charge of their emails, or as trivial as a chilled beer in the car at the end of the day. Remember: the standard wake-up time will be somewhere between a 4.30am – 5.30am, and even the hardiest of souls will start to feel the film-induced jet lag creeping in at some point.

Something special about being on set is seeing the consistent dedication of the crew. Regardless of how early the call time is, or whether it’s in Central London or beyond Zone 9, there’s a kind of infectious spirit that drives the production. Seeing the huddles of people around coffee runs first thing in the morning is a reminder that, while actors end up being the face of a film, there’s always a raft of people behind the scenes putting everything into place. One of the very best things about my role is that I end up crossing paths with people across all departments. If you consider yourself a ‘people person’, this could be a great entry-level role for you.

Lastly, probably the most impressive thing about working on a feature film production is the catering. Not to diminish anyone else’s professional capacity or capability, but for sure, the food’s quality and quantity has been a definite peak of the experience. That said, I’d never before thought about what ‘enough pork pies to feed 200 people’ would actually look like. It is quite a sobering visual!

Find out more about our MA Directing course, or follow our Facebook page for up to date news on MetFilm Production‘s Swimming With Men.

Watch the trailer for MetFilm Production’s Swimming with Men