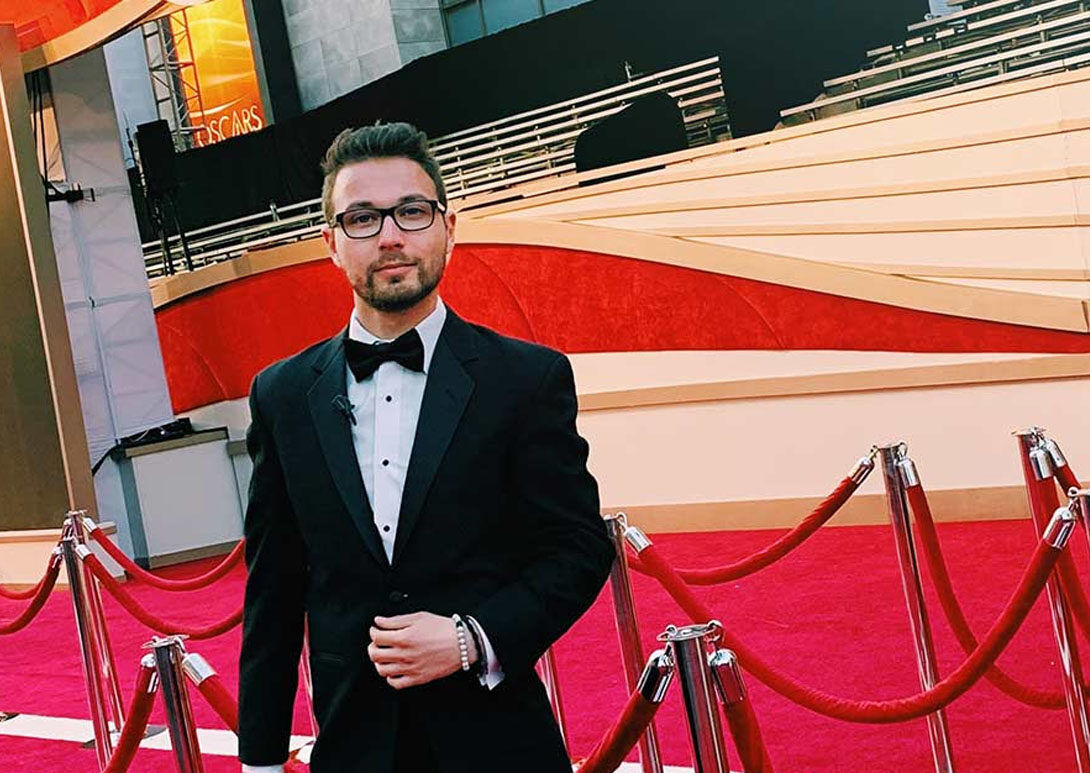 🏆 And the award for most enviable student story goes to…

MetFilm School graduate Nick Hansbauer! Who for the second time played a key role in organising the Oscars ceremony in Hollywood this week. We caught up with Nick just before this year’s big night to find out more…

How did your involvement with the Oscars come about?

After MetFilm School, I launched Printhouse Films, the film division of a family business which has been around since the 70s, primarily focusing on print, shop design and various forms of branding. Back in 2017, we produced nearly all of the branding for Austria’s Special Olympics World Winter Games and ended up making contact with an event firm from the US that also produces shows such as the Grammies and the Oscars.

I offered to personally take on the role of supporting their core team working abroad in Europe. Even though this was an event gig, I felt confident taking on the role, as working big events has a similar feeling and hierarchy to working on a big film set. Thanks to my time at MetFilm School, I knew the ins and outs and the etiquette of working in production and was quickly able to competently take on tasks.

Tell us about your experience of working last year’s Oscars!

The 90th Academy Awards was the first big-budget production that I got called in for as a Production Associate. It was truly fascinating to see different departments and hundreds of people work to make something as big as the Oscars come together. I spent weeks leading up to the event doing general PA tasks: shadowing coordinators, helping out here and there, learning the ropes from my Key PA, etc. On rehearsal and show night I would drive talent around the site in golf carts and be on the red carpet keeping an eye out for any spontaneous things that could pop up and just keep things moving.

And how about your involvement at this year’s 91st Academy Awards?

The production is already trusting me with more than last year. During the main building phase, I played a key role in communicating between the production team and the riggers with regards to the red carpet set-up. I was also responsible for any other things that came up on the Boulevard. This means making sure there were always hands on deck when it came to keeping things tidied up, relaying information to the corresponding people/departments, documenting progress, managing trucks coming in to offload equipment and checking that certain decorative elements were being installed where they should be.

I’m looking forward to the insane energy on show night and overall I am just so grateful to be back working with such an amazing, fun and talented crew and to have this opportunity to learn and work on such an incredible production.

What do you recall about your time at MetFilm School?

I decided to study at MetFilm School because it seemed like a reliable place to learn the ins and outs of filmmaking. The course was taught in a practical way, the connections to the industry and partner institutions were strong, and most of the lecturers are working professionals. One of the most valuable things I learned was the mindset and the etiquette that is expected in the working world. I don’t think that too many other media courses will drill you with that type of professionalism.

Lastly – any advice for someone looking to work in the film industry?

Interested in launching your own career in the industry? Find out more about our Undergraduate courses or download a prospectus today.