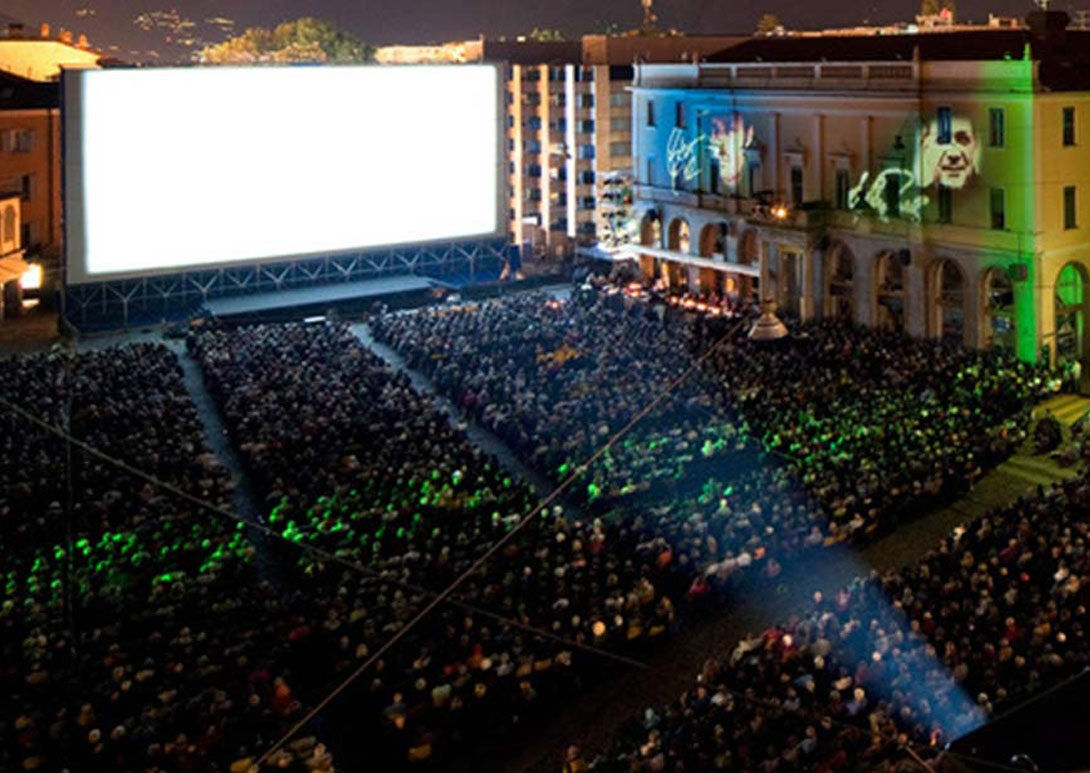 Locarno Film Festival is a pretty glorious place to be for a filmmaker, surrounded by the best of Swiss-Italian mountains and lakes, and an assortment of the world’s most accomplished filmmakers and producers. This summer, it was also a good place to be for MetFilm School graduates Mara Manzolini and Tancredi Campello who met each other at the Locarno Pro – Alliance for Development, a select pitching forum which seeks to match seven independent film projects with development finance, and for Henner Winckler, our BA Course Leader in the Berlin campus, whose film, A Voluntary Year, was in competition.

“Red tells the story of Francesco’s journey from a destructive teenager in a tranquil Swiss mountain village to international kick-boxing star.”  That’s how Mara Manzolini‘s pitch began and her pitch was praised by the panel, reflecting that the story has all the elements you need to make a powerful film: love, passion, hate, violence, and drama.

Mara knew Francesco Laquale when they were at nursery together, “if we can call that knowing at that age,” she says. They lost touch, but Mara often heard rumours about his unconventional activities. Then, when studying with us, Mara noticed his social media presence and that his focus had shifted – seemingly out of nowhere he had become a K1 kickboxing athlete. He’d started giving interviews to Swiss Local Newspapers and TV Stations about how sport saved his life, and he started using that experience to support young people on the edge of society.

“I just sent him a message on Facebook asking if we could meet. As a producer, you are always hunting for new stories, and I could feel in my gut that there was one here. Two days later I was on a plane to Switzerland to meet him.” Mara decided there and then that she was going to make the film, and a year ago, acclaimed Swiss production company, AMKA Films got involved. Now they have a good amount of funding in place and are hoping to be in a position to shoot next year.

Mara remembers her first pitch to producer Tiziana Sudani with a smile. “She greeted me on the doorstep with something like ‘Another boxing film? We are not interested but as you are an upcoming talent… let’s hear you out.’” Once she heard Mara talk about the film, she was so enthusiastic that she “got her phone out, made a couple of phone calls and told me that I would pitch it to the other producers in her company and to the National TV Station in Locarno.”

Mara says: “MetFilm School gave me excellent pitching skills. We put together a great pitch and marketing material that was very well received. We’ve been living and breathing the project for about a year now, we know what we want and what we don’t want. Therefore, no question or suggestion caught us unprepared.”

I asked Mara how it felt being at Locarno. “Locarno has been great,” she said. “Growing up just 40 minutes from it, I’ve always been fascinated by the festival.

“I only realised that there was a second project directed by a MetFilm School graduate when I was listening to the pitch and read the director’s biography. Two out of seven projects is a pretty awesome statistic!”

That second MetFilm School graduate was Tancredi Campello. His film, Maoz, is a fictional feature film based on the kidnapping of Adolf Eichmann by a group of Mossad agents, and the ten days of captivity the agents and prisoner spent together in a safe house in Buenos Aires. Tancredi is now in another picturesque centre of world cinema at the Venice Film Festival where another film he has produced, Lessons of Love, is premiering.

Alongside Mara and Tancredi, there is a third MetFilm School story at Locarno. Berlin tutor, Henner Winckler’s film, A Voluntary Year, was in competition and nominated for the festival’s prestigious prize, The Golden Leopard. A popular and respected teacher, Henner took a year off from teaching at the School to direct the film, which was the only German film in competition at the festival this year. Henner may not be a student anymore, but I am struck by the fact that he co-directed the film with Ulrich Köhler, who he first met when they were students together.

It always fills me and my colleagues with pride when we hear about MetFilm School graduates and colleagues successes, so it’s a huge joy to see three independent projects meeting at this important festival. Congratulations to Mara, Tancredi and Henner – we look forward to hearing more about all three films as they progress!