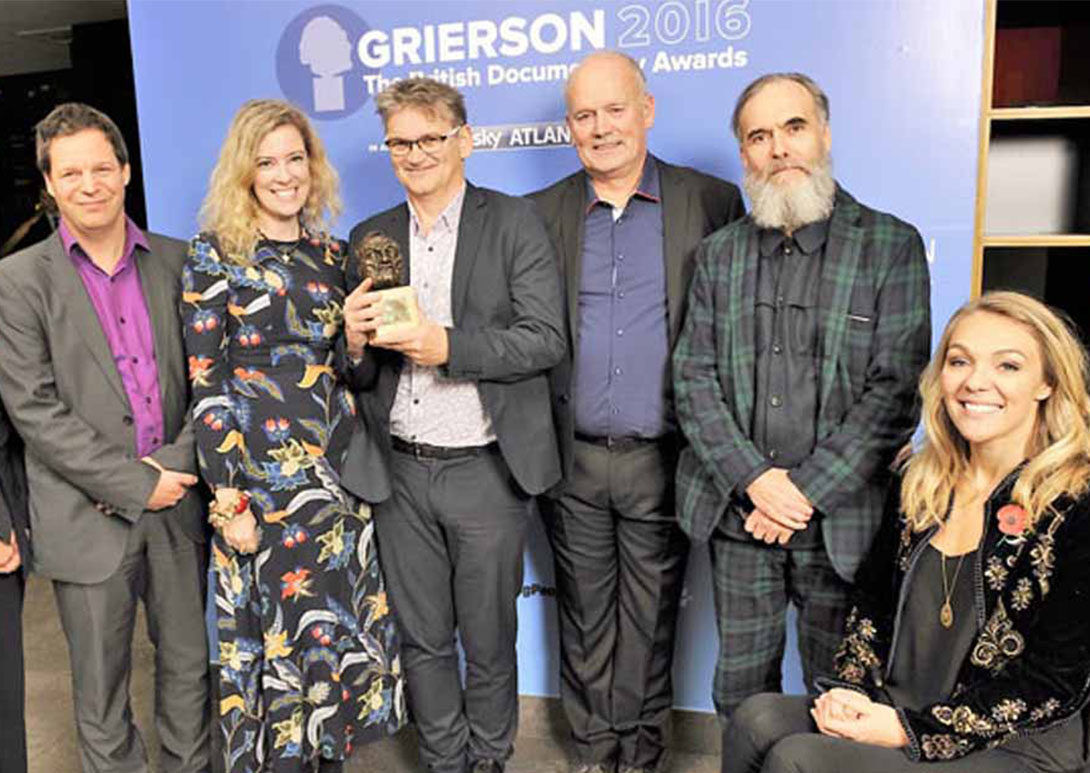 We are proud to announce that MetFilm Production’s documentary How to Change the World has been awarded the prestigious Grierson Award for Best Documentary on a Contemporary Theme – International, sponsored by the Canadian High Commission.

How to Change the World

How to Change the World chronicles the untold story of the birth of Greenpeace, drawing from dramatic archive footage unseen for over 40 years. The film focuses on eco-hero Robert Hunter and his part in the creation of the organisation, starting at the point in 1971 when a small group of activists sailed from Vancouver, Canada in an old fishing boat to try to stop Nixon’s atomic test in Amchitka, Alaska.

Jury Chair, Alex Cooke said: “The winner stood apart as an extraordinary film which tells a big story. It blends the brilliant use of unseen archive footage and skilful storytelling whilst capturing the spirit of idealism and friendship.”

The Grierson Awards are the UK’s most prestigious documentary awards celebrating innovative and exciting groundbreaking work. The awards were launched in 1972 by the Grierson Trust to commemorate the life and work of world-renowned documentary filmmaker John Grierson. Full list of Award winners.

MetFilm Production is an award winning independent production company making high quality, relevant and ambitious fiction and documentary feature films for theatrical release. The two-way partnership between the film school and production company provides fertile ground for the vital crossover between our students and the industry. Having working producers on our campus gives our film students and graduates invaluable access to industry professionals who in turn are better placed to track and nurture this next generation of filmmakers.

MetFilm Production has found roles for MetFilm School students and graduates on all their productions since they first moved to Ealing Studios in 2007. From runners to researchers, from edit assistants to production assistants, and from producer’s assistants to co-producers, some of our most dedicated students have been able to cut their teeth on real industry projects.

Throughout the school year, MetFilm Production’s producers interact regularly with the students through masterclasses, project case studies and ad-hoc teaching, as well as through their presence on a variety of pitching panels for short and long courses. MetFilm Production’s high level talent relationships provide the school with a steady flow of exceptional writers, directors, producers, editors, financiers and distributors who deliver masterclasses and lectures to the students outside class time.