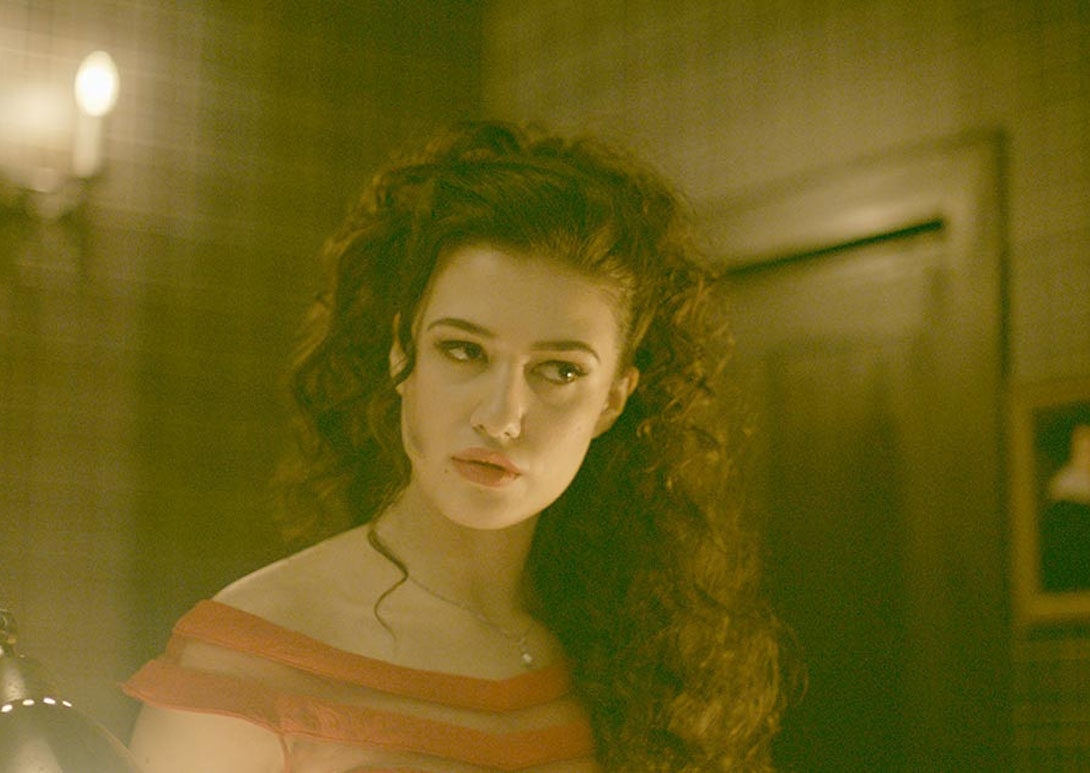 Launching a successful acting career is not only about being a skilled performer. It can also be about having the confidence to seize opportunities within various mediums, genres and even countries. 29-year-old Romanian-Italian actress Madalina Bellariu Ion has excelled at this in her career to date, starring in a diverse mix of productions in many languages across Europe, including HBO drama The Young Pope, alongside Jude Law.

Since completing an acting short course with us in 2014, Madalina has worked on television, theatre, and both short and feature films. Her credits include the popular Italian TV series The Teacher, DC crime-drama Pennyworth, British soap opera Coronation Street and a regular role in Sacrificiul – the most popular Romanian series of 2020. Most recently, the actress completed work on the lead role of an American feature, due to be distributed by Warner Bros in 2022.

When did you first become interested in acting and begin to get experience?

My interest in acting started in elementary school, initially as a result of wanting to get a higher grade in French class. I was the lead in a play and I was supported by the husband of my French teacher who was an actor. I still remember the moment I first stepped onto a stage for a theatre competition my school signed up to. Only smaller steps turn into bigger leaps. As I grew older, my passion followed. After I finished my studies, I decided to leave the country and sign up for an acting school in the UK.

How did the course at MetFilm School help with the next steps of your acting career?

I choose to train in London because I wanted to be at the very center of the industry where I could now turn my passion into a profession. I wanted to study in a film school; to practice in front of the camera and to get feedback from great tutors. MetFilm School was the perfect choice for me. There I began to unearth new territory as an actor and it gave me a foundation for screen acting. After finishing the course, I knew how to make sense of a scene on a dramatic level and then how to bring it alive. Because of the feedback I received, and the support of the School, I gained the confidence to search for an agent and step into the auditioning process.

You’ve worked on quite a variety of projects, spanning television, film, and stage work – what kind of productions excite you the most?

All of them offer equal excitement, just the medium is different… It’s the beauty of acting: to be able to play different roles, in different projects. I am always excited about the current project and then the next one. An actor never loses the childlike playful spirit, almost like a kid excited about each new toy.

How do you typically prepare for a project once you’ve been cast?

It depends on the role, but first and foremost, I do my research. Even for an audition, if there’s material online, or books and documentaries that can provide additional information of the character/piece I am working on, then I will start with that. Sometimes you need to put on a different accent or to be physically different. For example, I once played a woman-werewolf from Transylvania, so I did my research which involved watching documentaries about feral children (especially children raised by wolves).

Embodying a character’s traits and nuances produces memorable performances. Consequently, practice is the key. I believe in rehearsing as much as possible, and make sure you discuss your character with the director so you are on the same page. Remember you are a team, and only by working well together will you get the best results.

Is there a particular role you’re most proud of to date?

My first walk on the stage in school in that French play, I am very proud of. It’s not about how good I was or how big or small the setup was; it was my first step in front of an audience, and my nervous eyes finally finding comfort in the applause. We live by the pats on our backs. For an actor, the most important thing is the appreciation from the audience.

I am proud of my first experience on stage in London, as a co-star in the OFFIE-Nominated Off-West End stage production of the black comedy The Gift of the Gab, directed by Simon David Eden.  The first television role will also always be in my heart: The Young Pope, an HBO miniseries directed by Oscar-winning director Paolo Sorrentino, where I played Elena, alongside Jude Law.

Being multilingual must open up doors to more roles for you – what motivates you to learn certain languages over others?

I was lucky to be born in a family that thought me the importance of learning new languages. Since childhood, I was practicing English, French, Spanish and I often spoke Italian. Of course, I also speak Romanian. And I am currently learning sign language for an upcoming project. I love languages and if I had the time I would start learning a new one. But given the fact that I have a lot going on, I prefer to focus on improving and practicing the ones I know, rather than starting learning a new language.

For an actor I think it is very important because it does open some doors… the more languages you know, the better. Basically more opportunities. Have patience and keep practicing, because practice makes perfect.

Which actors do you feel have been an inspiration to your work and style of acting?

What advice would you give to aspiring actors trying to get themselves noticed?

My advice would be not to try to get noticed, but instead, let your work get noticed by others. Keep up the good work, polish your craft, and no matter the importance of the project you’re working on, always work hard and try to bring fullness to the truth of the character.